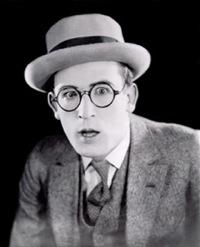 The Sound of Silence

Nestled in a dusty corner of the music industry sits film music — the neglected stepchild of pop culture and symphonic performance. Caught between two worlds, and often crucified for it, music for film goes to great lengths to gain acceptance. It has been a vehicle for aspiring composers to uncover new terrain in style and instrumentation (without suffering the ho-hums of cultural purists). And it generously lends a medium for new audiences to learn about the very orchestral music that works to keep it outside the clubhouse.

Enter Benjamin Simon, music director of the San Francisco Chamber Orchestra and an innovator who has already challenged the art world’s preconceived notions of performance space.

Simon’s latest charge is to bring this enduring genre to the fore — an effort that he calls “unstuffifying” classical music.

“It started when I asked [UC Berkeley professor] Cindy Cox to write a piece for the Chamber Orchestra,” Simon explained of the SFCO’s commissioning program and upcoming concert. “We try to choose something with an odd instrumentation ... Cindy chose the Stravinsky Octet.”

Igor Stravinsky is the father of Neoclassicism and arguably a front-runner for film music. His Octet crossbreeds the traditional wind octet with a brass quintet. The resulting instrumentation (a flute, a clarinet, two bassoons, two trumpets, and two trombones) is pretty singular.

While buoyant and playful, this piece pigeonholes budget-stuck programmers into finding creative solutions for captivating audiences with a limited and even bizarre band of players. It was only natural that Simon would embrace this challenge by turning to film.

A friend put him in touch with Donald Sosin, a renowned scholar famed for composing new music for classic silent film. “We started looking at movies together,” said Simon. “I wanted it to be a comedy: something friendly for the audience to reward them for sitting through a concert of modern music.”

The two settled on Now or Never, a 1921 comedy by Harold Lloyd — that underrated silent-movie actor who made falling from a ticking clock (with no stunt double) an iconic image.

Although Simon has some experience in film music, this concert marks the first time he has worked onstage with a live film. It also is the first time he has directed a score without the use of a click track, a series of audio cues that helps to keep musicians synchronized with a projected film. “I’m looking forward to the challenge,” Simon said, chuckling. “Donald and I are talking almost every day. I’m not exactly sure how we’re going to be doing all of this, but it’s going to be fun trying.”

Fun seems to be the theme for much of Simon’s work with the Chamber Orchestra. “We tend to paint ourselves into a corner in the arts world,” he reflected — “that it’s only for the elite and only for the knowledgeable. I’m trying, with all my effort, to bring people to a concert and show them how much fun a classical concert can be.”

It seems that film music may finally have its day in the sun, thanks to Simon. It is hoped that Now or Never will be the first in a series of film music projects issuing from the Chamber Orchestra.

Regardless, film music has always been music that serves and celebrates other art. In much the same manner, Now or Never promises to be a performance that pushes beyond classical music — to the poetic, the comedic, even the cinematic. “Don’t be afraid,” Simon urged. “You might really like this, even though it’s called ‘classical music.’ Come and give this a try!”