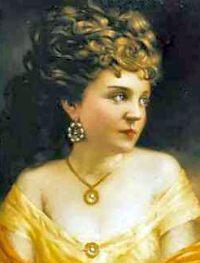 Torn by Love at the Berkeley Opera

Chelsea Nicole Spangler on June 23, 2009
Since 1979, the Berkeley Opera has presented accessible, affordable productions in the East Bay. The second opera for its 2009 season, Douglas Moore’s Ballad of Baby Doe, will open on July 11. As always, the performances will be given in Berkeley’s beautiful Julia Morgan Center for the Arts. Originally a church, the building was designed in 1908 by the famous architect, and later turned into a theater. Nestled among homes and cafes, it’s not the sort of neighborhood in which you’d expect to find an opera house. The theater is as cozy as the grand opera is elegant, and the performances are suitable for aficionados, the opera-illiterate, and everyone in between.

Part of Berkeley Opera’s mission is to make opera accessible to everyone. Although The Ballad of Baby Doe is sung in English, supertitles will be provided. When the company puts on works that are originally in other languages, it often uses an English translation, as well. Under the direction of Jonathan Khuner, it also makes the stories accessible by taking an adventurous approach to costuming, staging, and sets (think Offenbach’s Tales of Hoffmann, with gothic scenes and steampunk costumes). Such a playful take on classical works makes strides toward bridging the gap between opera and musical theater. The former can come across as elitist, while the latter is sometimes deemed frivolous — but find the middle ground, and you get a music-drama genre that can cater to almost any aesthetic taste.

One of the few American operas to make the performance canon, The Ballad of Baby Doe takes place in a Colorado silver-mining town. As in any good libretto, the plot centers on a love triangle, with plenty of intrigue and misunderstood intentions. Elizabeth “Baby” Doe, famously interpreted by Beverly Sills, will be played by Jillian Khuner. Torlef Borsting will sing the role of Horace Tabor, the main male character. Horace is not a tenor role, as most male leads are; in this opera the main man is a baritone who happens to own the whole town. His wife, Augusta (mezzo-soprano Lisa Houston), disapproves of his lifestyle, and Horace ends up with Baby Doe. They are soon found out, and Horace spends the remainder of the opera torn between the two women.

Much of Douglas Moore’s music is influenced by American genres like ragtime and jazz. In the opening scene, in which Horace and Baby first meet, the orchestration relies heavily on a honky-tonk piano. The lyricism of Moore’s arias reflects American folk song; some of the more famous include Baby’s “Willow Song” and “Always Through the Changing.” The composer’s use of American settings, themes, and music make The Ballad of Baby Doe distinctly non-European, setting it apart from the great majority of operas. The opening date of July 11 makes this all-American opera a perfect follow-up to Independence Day festivities. Anyone interested in a preview can also catch highlights at a free noon concert, to be held at the Berkeley Public Library, on Shattuck Avenue at Kittredge, at 12:15 on Thursday, June 25.