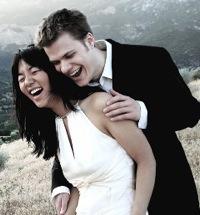 Two Can Play at This Game

Back when Milton and Peggy Salkind teamed up as a piano duo in the early 1950s, there were just a handful of piano duo acts — Rosina and Josef Lhevinne, Gaby and Robert Casadesus, and a few others. The Salkinds helped to blaze the trail that others, most famously the Labeque sisters, have since trod. Many more duo-pianists are performing these days, though American music lovers are likely to have missed most of them. San Franciscans have a chance to remedy that lack on the weekend of July 8-10, at the Third Annual Milton and Peggy Salkind International Piano Duo Festival.

“We were invited to go to a festival [of duo pianists] in Siberia, in Novosibirsk, in the early 1990s,” explained Cathy Angelo, who, with her longtime partner and husband, Tony Angelo, founded the San Francisco festival.

It was an adventure: We didn’t really know what we were getting into, but it turned out to be an amazing experience. At that particular festival, there were about eight duos from different countries, and each of them brought their own unique repertoire. We were invited back [to Eastern Europe] several times, but there was nothing like that here in the States, so we decided to launch one ourselves — and we did, back in 2002. We dedicated the festival to our teachers, the Salkinds.

“Each festival, we have a theme,” continued Angelo, “and this year it’s American masterpieces, spotlighting composers from North and South America.” That focus, in a way, honors the Salkinds, as well, who commissioned 11 works from American composers. The Angelos have also developed a lot of American repertoire, having spent so much time as American piano duo ambassadors in Eastern Europe. “That’s kind of been our specialty,” said Angelo. The piano duo world is a little unusual in the classical music business in that every duo finds its own corners to dig in for music to play. “The Anderson-Roe Duo, for instance: what makes them unique is they do a lot of their own arrangements,” she said. The festival winds up with a Star Wars Fantasy of their own devising, and maybe a few of that sci-fi epic’s fans will be in the audience to really appreciate it.

In addition, the festival hosts a young artists program with coachings for youthful piano duos, who then perform their own repertoire in a concert (July 10). Plus there’s time for an outreach concert, a “Concert for Kids” showcasing some of the younger piano duos. Kids K–12 get free admission. “It’s a great way to develop musicianship, because you’re playing chamber music,” said Angelo of the young musicians. “It’s a great tool. You have to be so precise, being at two pianos, two large, percussion instruments. So the skills you need are really challenging. And we have about 10 teams participating in this festival.” The teams range in age, but some have been to prior festivals and are getting ready to launch themselves into the professional world.

With such an embarrassment of riches, it’s hard to know when to stop by the festival. If you want a little Latin flair (this being summer and all), you might want the July 9 evening program, which features arrangements of Villa Lobos’ Bachianas Brasileiras, a few Piazzolla favorites, and the Argentines, the Hammond Duo, introducing a few composers you may never have heard of. If you’d like to hear some contemporary music, then you want the 1 p.m. concert on July 10, when the San Francisco Conservatory’s own David Garner, with Robert Rodriguez, attends the performance of their duo-piano pieces. Or, on a lighter note, you could pop over for Gershwin’s Rhapsody in Blue, the Star Wars Fantasy, and a few other summery pieces. If you miss it, you’ll have to wait two years for another chance.