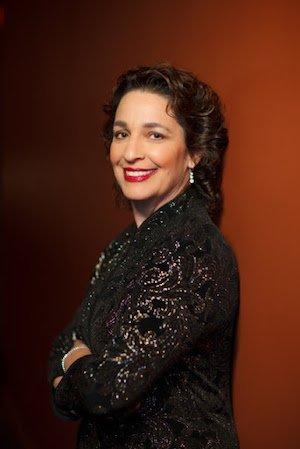 VOX Femina Los Angeles Gets the Word Out With Suffrage Cantata 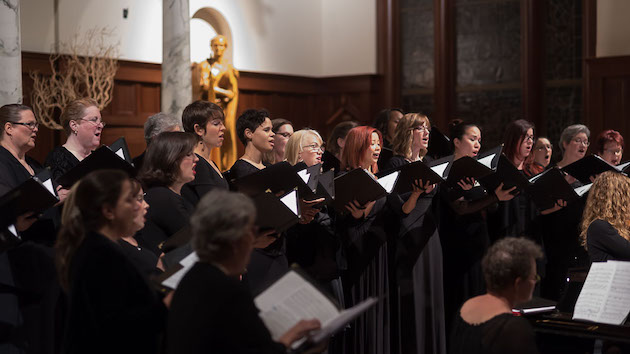 Just when it seems that we need them now more than ever, it’s ironic that choirs, if not super-spreaders, do, in fact, shed COVID by doing what they do best — sing. For VOX Femina Los Angeles, the all-women chorus founded in 1997 by Iris Levine, and whose organization recently took top honors for SFCV’s Audience Award for Best Choral Performance, this has not stopped her 38-member group from performing. Indeed, its next offering, “Shout the Revolution,” funded by an NEA grant, features two films, one of them a world premiere with music that examines the question of what happens when women take power.

Streaming on Nov. 1, two days before the presidential election, the lyrics and narration are based on words of the women on the front lines of the Suffragist movement, with a commissioned score, the Suffrage Cantata, by Andrea Ramsey. Capturing the struggle for women’s right to vote through women’s voices, piano, strings, and percussion, the 40-minute, five-movement work is directed and produced by award-winning documentarian Helen Mendoza, with Ramsey also working with historian Marcia Chatelain to ensure that the storytelling was correct. [Editor’s note: “Shout the Revolution” is still available for on-demand streaming; tickets on VOX Femina’s website.]

Levine, now in her 30th year at California State Polytechnic University in Pomona, is the dean of the College of Letters, Arts, and Social Sciences. She explained the genesis of the film. “Certainly, in the spring when it was evident that we were not going to be able to sing together for a while, Andrea thought I was going to tell her we’re not doing [her work] — that no one’s going to hear this. I called her and said, “Okay, we can’t have a live performance, but we’re going to make this into a film.” That gave her so much energy and now she had a purpose again.”

Logistics, of course, were many but not insurmountable. Noted Levine: “Helen put a proposal together, including [having] an audio engineer and we set out to make this work so that I would continue to have weekly rehearsals with singers via Zoom. The singers also submitted their own audio recordings and we had instrumental rehearsals at Colburn School’s Zipper Hall, where we were able to socially distance. The singers all went out to various iconic locations dressed in concert attire [and] they lip-synched. It looks like they’re singing but they are not.”

Levine added that it was a major accomplishment to put the film together, “but so worth it to have a product that in the end people can say, “Look what they did.” I’m wanting our production team to put a mini-documentary together about [the making of] this.”

The other filmed work on the program is What Happens When a Woman, a contemporary a cappella piece by the vocal trio Artemesia.

No doubt a vital asset to the community, VOX Femina has commissioned some 40 new works for women’s chorus as well as partnering with consortiums to bring these scores to the public. The group has also received the Irvine Grant, as well as grants from L.A. County and cities, including West Hollywood and Culver City. 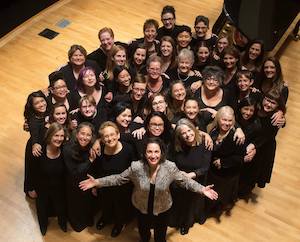 Recalling VOX’s beginnings, Levine acknowledged that it’s been a wonderful 24-year journey. “I wanted this group to be open to all women but to [also] promote the idea of supporting women who are lesbian or bisexual. With 19 auditioned singers — they were amazing — our first concert was sold out before there were any ads for it.

“We’re not really sure what we’re going to do for our 25th anniversary,” Levine continued, “because who knows what we’ll be able to do. But we’ve enjoyed so much giving women voice — through concerts, through special events, and from the early days in bookstores [to] singing in back rooms and inviting opportunities for our youth to join in and understand choral music. We’ve hosted choral festivals and we’ve traveled. We’ve made a good name for ourselves and continue to look forward.”

Anonymous Man Reveals an Intimate Side of Michael Gordon

The composer’s latest is a choral memoir of life in a Soho loft.

Bach wrote a bunch of good tunes. Wouldn’t you like to hear some about now?