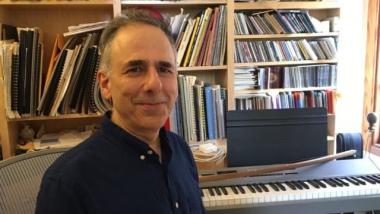 Anonymous Man Reveals an Intimate Side of Michael Gordon

You can generalize about the unclassifiable style of Michael Gordon at your own peril, but my main impression of this prolific, New York-based composer is based on the noisier pieces that have made their ways West. With his rock ’n’ roll background showing, he likes to crank it up LOUD. Examples: the riotous, thundering symphonic portrait of downtown Los Angeles through a jaundiced East Coast eye in Dystopia; hammering away on six amplified wood sawhorses in Timber; Crater Lake as painted in massive, at times pounding, minimalist colors in Natural History; or, at his most extreme, the bludgeoning, migraine-inducing Sunshine of Your Love. 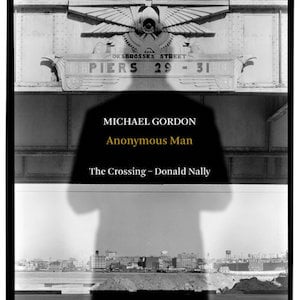 On the other hand, Gordon’s Anonymous Man, a 2017-vintage, nearly-hour-long song cycle for a cappella choir (Cantaloupe Music), reveals a more intimate side of the composer. Written for the gorgeous voices of the 24-member, Philadelphia-based choral group The Crossing, it’s a far mellower piece than any of the above-mentioned rabble-rousers.

The texts range from long narratives to as short as three short lines or a couple of sentences. The voices cascade on top of each other; in one song, they sing in a deadpan fashion over a repeated male chorus of a-ha-has. The sustained, luminous sounds of the individual voices merge and blend until the words become difficult to make out without a libretto. All in the service of a text that Gordon wrote himself, a memoir in straight prose of his own experiences living in Lower Manhattan.

While in his 20s, Gordon moves into an abandoned factory loft at the corner of Desbrosses and Greenwich Streets in Soho, two blocks from the Hudson River — close by the entrance to the Holland Tunnel. It was a gritty industrial area then (1981) but has undergone considerable gentrification since. He finds a mess left there by a previous tenant, the Romanoff Caviar Company — and lacking any help from the landlord, he fixes up the place himself. Soon thereafter he meets his future wife, composer Julia Wolfe, with whom he would co-found Bang on a Can along with his friend from Yale, David Lang.

To a cascade of sliding pitches, the Gordons experience the terror of 9/11 less than a mile south on Greenwich Street from their loft. There are a pair of homeless characters in the neighborhood, Larry and Robinson, whom Gordon sketches; the former’s death is mourned by the neighborhood. As the voices seem to simulate church bells, there is a flashback to another memorial from long ago, as the funeral procession of Abraham Lincoln stops by the Desbrosses Street Ferry terminal on its way to Springfield, Illinois.

In the final song, the drawn-out “I Sleep at Home,” the composer is alone in his loft, grateful for the simple necessities that he has. Perhaps he is preparing to wait out the next crisis that will hit Manhattan. Or plotting his next stylistic swerve.

Bang on a Can at 30, Part II: Opening the Floodgates

With the structure in place, Bang on a Can continues to spread its gospel, looking forward rather than at its accomplishments.

Recordings of new music rooted in tradition that still is uncompromisingly contemporary — and sometimes unsettling.