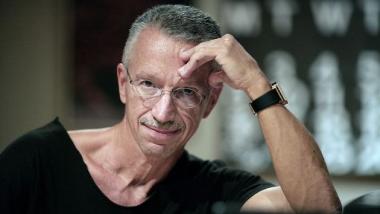 An Audio Souvenir From Keith Jarrett’s Jaunt to Budapest

An era has apparently ended. Keith Jarrett, whose totally improvised solo piano concerts in the 1970s and beyond were a pointed response to the electrification of the music world, revealed to The New York Times in October that he doubts whether he will ever play concerts again. Now 75, he suffered a pair of debilitating strokes two years ago that left him partially paralyzed on his left side and unable to use that hand, though his right hand seems to be working.

Since Jarrett did play and record classical music occasionally, there is a small yet potent concerto and chamber music repertory for the left hand that could be adapted for the right hand if he feels up to it. But I imagine that the solo piano concerts are done — and with the death of bassist Gary Peacock in September, so is his great, long-running Standards Trio. 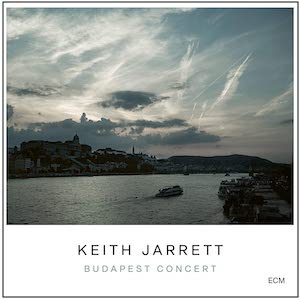 Fortunately, Jarrett recorded a lot. His huge catalogue for ECM, the label that has most of his recordings, is bewildering in its diversity and daring. ECM founder Manfred Eicher seemingly gave him carte blanche to do whatever he wanted, and boy did he take advantage. There are journeys into J.S. Bach, Mozart, Bartók, and Shostakovich, as well as his own beautiful, reflective orchestral pieces and visits to the extreme edges of the avant-garde. He’s played pipe organs, harpsichords, a clavichord, soprano saxophone, recorders, exotic percussion, but not the electric keyboards he despises (although there is one exception: he plays electric piano on the Ruta And Daitya duo album with Jack DeJohnette on drums).

And the solo concert albums just keep coming. The latest, Budapest Concert, was recorded on what may be his last European tour in 2016, occurring two weeks before the solo concert that was released last year as Munich 2016.

As heard through a stream, Budapest mostly sticks to the pattern that Jarrett has been following since recovering from a bout with chronic fatigue syndrome in the late 1990s — a succession of twelve relatively short preludes, bagatelles, and rambles, topped off by encore standards. The days of continuous, stream-of-consciousness improvs that took listeners on long road trips of slowly changing scenery and anticipation of more beyond the next bend in the road — best heard on Solo Concerts: Bremen and Lausanne, the famous Köln Concert and the massive 10-LP or six-CD Sun Bear Concerts — were long gone.

Part I is a bit of a departure from the pattern since Jarrett stretches out with over 14 minutes of non-stop dissonant tumbling before just stopping cold. But from Part II onward, things happen in short self-contained segments as before. At this point, his mood darkens, the tempo slows. Then other by-now-familiar facets of the Jarrett spectrum come and go — a running ostinato deep in the bass clef anchoring some funk, a couple of sentimental ballads, a pointillistic dissonant scherzo at top speed, two jolly boogie numbers, another of his trademark lyrical rambles in the right hand with arpeggios in the left.

If there was any applause at this concert, as there usually is after each selection, it was edited out except at the end of Part XI and a whoop from the Hungarians greeting the opening of the second boogie, subtitled “Blues.” The concert ends with the Gerhard Winkler/Fred Rauch ballad “Answer Me,” with Jarrett seemingly pleading for an answer in full pianistic bloom before closing quietly.

Throughout, Jarrett is technically on the beam, his touch as luminous as ever, rarely at a loss for notes. I would not, however, choose this concert as a top pick for Jarrett on the wing during this period, since other recordings in the start-and-stop format — like The Carnegie Hall Concert and parts of Testament from London and Paris — offer more flashes of greater inspiration. And I suspect this will not be the last we will get from ECM’s Jarrett stockpile.

Christian McBride and Brian Blades join the pianist in an endlessly inventive set of fresh-sounding standards.

Third Coast Percussion Bangs Out a Quartet of Premieres