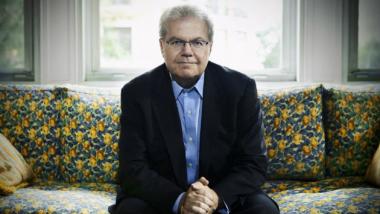 Memorable and magnificent things happen when great musical minds meet. That was the case on Jan. 16, when young, Polish conductor Krzysztof Urbanski made an astonishing debut with the San Francisco Symphony, performing Beethoven’s Concerto No. 5, “Emperor,” together with veteran pianist Emanuel Ax, plus a blistering interpretation of Dvořák’s Symphony No. 9 in E Minor, Op. 95, From the New World.

Both Ax and Urbanski are of Polish descent (although Ax moved to Canada with his family as a child) and they are both professional musicians, but that is where the similarities seem to end. Generations apart (Urbanski is half Ax’s age), they may well have nothing in common at all, and on stage they even seem to be each other’s opposites when it comes to stature, bearing, and degree of theatrical exuberance.

But when it comes to musicianship these two brilliant artists are definitely kindred spirits. Together they gave life to a deep musical understanding that turned this performance of the“Emperor” Concerto into something fabulous and extraordinarily imposing.

At the concert last Saturday, Ax and Urbanski immediately found common ground. In the intimate, three-way conversation that ensued with the orchestra, it was not always clear who was leading or following whom —  nor was it relevant. Together they gave life to a deep musical understanding that turned this performance of the“Emperor” Concerto into something fabulous and extraordinarily imposing.

Grandmaster Ax countered the audience’s thunderous applause with the Mazurka in C Major, Op. 24, No. 2 by Frédéric Chopin as an encore, and he bejeweled the charming little piece with little accents and subtle changes in tempo in a masterful way.

During the brief orchestral interludes in the “Emperor” Concerto, when the piano falls silent, Urbanski took a moment to be alone with the orchestra before directing his attention back to Ax, and gave a glimpse of his powerful musical instincts. But his sense of symphonic structure and coherence truly blossomed in Dvořák’s New World Symphony.

Urbanski’s way of conducting is remarkable and unique. He moves around on his podium nimbly, like a ballet dancer. Sometimes high on the balls of his feet, with his legs doing part of the conducting, his entire body coaxes sound from the orchestra. He lets his expressive left hand elegantly float up in the air and his very commanding left index finger sometimes does all the conducting he needs.

Dvořák’s “impressions and greetings from the New World” (as he called this symphony himself) contains some of the most famous and unforgettable themes in music history. Urbanski made every theme and passage sound pristine and crisp, and he infused the orchestra with a vibrant energy that generated a visible eagerness in the body language of the orchestra.

With Ax, Urbanski and an impeccably responsive orchestra this concert was much more than the sum of its parts. It was an event. A very special one.