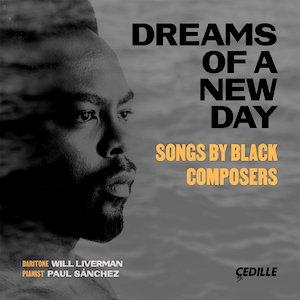 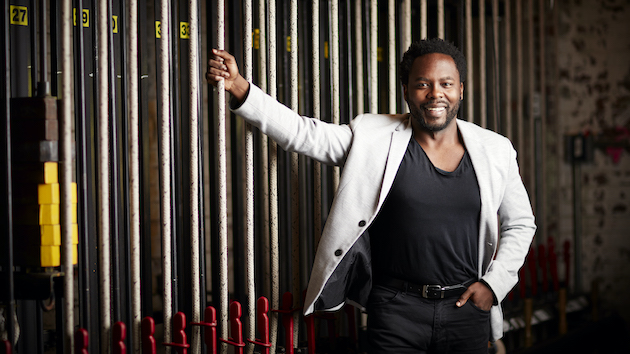 It’s a match meant to be. In his sensitive and stirring renditions of Langston Hughes texts in Dreams of a New Day: Songs by Black Composers (Cedille Records), baritone Will Liverman finds the breathing inner life of works by one of America’s great poets. In song after contrasting song, there are by turns ravishment and grace, anger and wonder, sweetness and solemnity.

It begins right away, in Damien Sneed’s vibrant setting of I Dream a World. In both its overall momentum and carefully rendered details, the singer’s account of this urgently prayerful plea for a world where “every man is free” merges verse and music. Liverman’s burly but suave voice — his sound evokes swirling wood grain brought to a high polish — roams from propulsive rhythms to the wishfully murmured word that ends the line, “Where greed no longer saps the soul.” 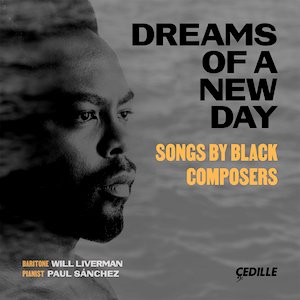 Later, in composer Margaret Bonds’s Three Dream Portraits, Hughes’ ecstatic impulses, set off by the yearning for justice, are unleashed. Liverman’s limber, loose-jointed “Dream Variation” brings a burnished moonlight to what it means, when darkness falls, to be “Black like me.” “I, Too” gets a similar illumination in the poet’s defiant and slyly tinted gloss on Walt Whitman. The singer gives it a fierce charge of will, a bolt of both personal and racial determination.

Liverman, whose honors include a 2020 Marian Anderson Vocal Award, is a rising star. With several Metropolitan Opera roles to his credit, he is slated to star in that company’s eagerly awaited production of Terence Blanchard’s Fire Shut Up in My Bones, whenever it makes it to the stage.

While Hughes is the main verbal attraction on Dreams of a New Day — nine of the 19 songs are settings of his poetry — showcasing the album’s eight Black composers is the project’s defining purpose. The release is a labor of love for Liverman, without any signs of the labor showing.

He sings, with generous, full-heated conviction, songs ranging from those by Henry Burleigh (1866 – 1949) to Shawn E. Okpebholo, who was born in 1981. Other names include, from both past and present, Leslie Adams, Thomas Kerr, Robert Owens, and Richard Fariña. Paul Sánchez is the accomplished if sometimes overly assertive pianist.

Okpebholo’s diptych Two Black Churches, which Liverman commissioned, is the album’s most expansive and ambitious work. At slightly over 15 minutes, the two numbers occupy about a fourth of the album’s running time.

First, in rhymed quatrains by Dudley Randall, “Ballad of Birmingham” enacts a forebodingly tender dialogue between a mother and her daughter, one of the four young girls killed in the 1963 bombing of that Alabama city’s 16th Street Baptist Church. Chaotic chord patterns, moody jazz riffs, and a hymn-like reverence define an arching emotional parabola that ends in the image of a girl’s shoe lifted from a heap of shattered glass and brick. An unresolved chord tolls, fittingly and repeatedly, at the end. The history of hatred, we’re reminded, is never a finished product.

“The Rain,” with a regrettably clumsy text by Marcus Amaker but achingly expressive music, recalls the 2015 murder of nine Bible study participants at the Emanuel AME Church in Charleston, S.C. Liverman taps his full operatic powers in both Churches, whether in sustained long phrases, dramatically sharp attacks, or dying lamentations.

Dreams takes a more musing turn in Mortal Storm, five mostly short Hughes poems set by Owens. There’s an atmospherically keen evocation of sex and weather in “A House in Taos,” a drunken lover at the door in “Faithful One,” and a mordant observation that “Nobody loves a genius child.”

Liverman returns to the 1963 church bombing in Fariña’s “Birmingham Sunday,” which closes the album. Here, in his own arrangement of a tune borrowed from a Scottish ballad, the singer turns the music’s ingratiating strophic tunefulness into a poignant musical irony. Again and again, as one after another of the victims is named, this line returns: “And the choir keeps singing of freedom.”

The only surviving opera by an accomplished contemporary of Mozart and Haydn takes the virtual stage in LAO’s collaboration with the Colburn School.