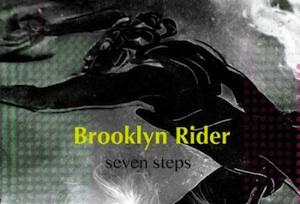 It’s always fun to encounter a new ensemble that’s both musically gifted and intellectually interesting. I had never heard of the string quartet called Brooklyn Rider before being asked to review this CD. They might have an odd name, a decidedly strange marketing strategy, and an unnerving habit of doing things collectively — like writing program notes and string quartets — but play they can.

There comes a point at which defying convention is conventional. Brooklyn Rider has (conventionally) defied every convention available to it. This move gets old, the more it insists that it’s new. From Brooklyn Rider’s website: “NPR credits Brooklyn Rider with ‘recreating the 300-year-old form of [the] string quartet as a vital and creative 21st-century ensemble.’” There are a lot of string quartets doing just fine playing old music (not quite 300 years old, but we need to cut NPR some slack) with creativity and vitality, even in the 21st century. Some of us might even question whether the string quartet needs “recreating,” given the astonishing quantity, and quality, of both the music and the (un-re-created) ensembles on hand.

Never mind. Brooklyn Rider is a fine and very interesting quartet, and they may spin themselves however they like.

To begin at the end of the disc: No one who plays string quartets blithely records Beethoven’s Op. 131. That Brooklyn Rider put it here says: We are serious people, who can play serious music; take what you like of our other work, but pay attention.

You should. It’s a very good Op. 131. Some things are certainly going to strike listeners as odd: the glissandos in the opening fugue theme, for one (they come back, with a vengeance, in the last movement, where they go down as well as up). And there’s less vibrato than most quartets would use, possibly because some, at least, of the members have done a fair amount of historical performance. (Here is my take on Brooklyn Rider second violinist Colin Jacobsen playing the Beethoven Triple Concerto with Philharmonia Baroque Orchestra some years back.)

Beethoven String Quartet No 14, Mvmt I

The opening track, Seven Steps, was co-composed by the ensemble. Any piece sounding less like something designed by a committee I can’t imagine. It does range around a bit — there is sharply rhythmic mixed-meter stuff at first and in a couple other places, and a section of slow glissandos and microtones — but there is no transition that doesn’t make sense. The ending is exquisite, an E-major idyll in which the little twitters and squeaks that appeared earlier sound, in their new context, like so many songbirds.

Christopher Tignor’s Together Into This Unknowable Night involves electronics and “live AM radio,” but you wouldn’t necessarily know that if you were listening to it, because both the electronics and the radio are so unobtrusive. The electronics are, apart from the opening (when they do the work of a percussion section), a kind of substrate — the sounds you hear when no one is talking, and you’re listening hard, but that you don’t hear otherwise. I suppose the radio is there for the same reason.

The piece built above this is quite beautiful. Certainly it gives violist Nicholas Cords all manner of eagerly seized opportunities.

This is a quartet I would like to hear again. And I say that as someone who is ordinarily peeved at people who make a point of how “outside the mainstream” and “eclectic” and so forth they are. Occasionally, it’s true.