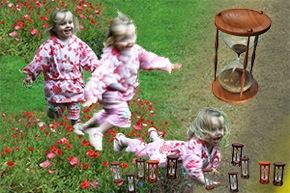 “Courageous and psychedelic” wowed one patron. “It wasn’t the Four Last Songs” (of Richard Strauss), belittled another. Such reflects the mixed reaction of audience members to the music and the vocal challenges faced by soprano Christine Brewer in David Carlson’s work The Promise of Time, the premiere of which formed the centerpiece to Sunday’s final concert of the Marin Symphony’s season.

Music Director Alasdair Neale began the proceedings by announcing that “shadows of Romanticism” formed “threads of commonality” among the four works on the program: Samuel Barber’s Essay for Orchestra No. 2; Carlson’s Promise; and two Richard Wagner numbers, the Siegfried Idyll, and the Prelude and Liebestod from Tristan und Isolde. He then introduced Edward Abrams, 22, a former student of Michael Tilson Thomas, and graciously allowed him to acquire some further public conducting experience with the Barber opener.

It’s hard enough for many listeners to focus attention on the internal logic and cohesiveness of a single work. Why should marketers and others hornswoggle listeners into believing concerts have a theme when 90 percent of the time the so-called commonality is at best irrelevant or, more often, bogus? There ought to be a law (next after health care, Obama?) that concerts can’t have themes unless the Theme is registered ahead of time, well before any of the soloists are contracted or the repertoire chosen.

Little Romance Lies in an Essay

The Barber Essay No. 2, an underperformed, 11-minute masterpiece, is “romantic” mainly because it has high drama and is in a tonal idiom that used to be considered old-fashioned. In other respects, however, it has the concision and meticulous construction of a Swiss watch, one we would admire greatly but not want to kiss. Romanticism in music has been rightly characterized by the scholar Richard Taruskin as “a whole heap of ideas, some of them quite irreconcilable.” Unparsed Romanticism is a confusing set of threads, hardly a blanket, to toss out to an untutored audience. One patron in Marin, for instance, was at first disappointed because the Neale-labeled music wasn’t “pretty,” but then claimed to like it anyway because it was “modern.”

Conductor Abrams acquitted himself fairly well, for the most part, but there were several problems. Nervousness, perhaps, caused him to sway from side to side too much initially, rather than concentrating his signals above the waist. The crucial lines of the first two of the opening three soloists were either muffed or drowned out by other players. The difficult climax of the work, during which the brass drops off to reveal strings alone intensely repeating a note, is difficult to bring off without dissipating the preceding accumulated energy. Abrams tackled the final bars with slightly too slow a tempo to bring this off well. The resounding tonality of the final chords, however, elicited cheers from the audience as loud as any on the rest of the program, a testament to what Abrams did right, as well as to the desirability of orchestras’ performing this work more frequently.

Carlson’s premiere, which Neale himself conducted, finished off the first half. It is a setting of lyrics dealing with three stages of life by Susan Kinsolving, a published, grant-recipient, and seminar-leading poet. In the first, “Blossoms Abundant,” the narrator is a young child, to whom “Lawn and willow are my mansion/where angels and animals come to play,/where fantasy fills each tender day.” The beginning of permanent memories (age 5 or so?) brings fading light and falling leaves: puzzlingly, “Autumn has come.” The second, “Velocity With Variations,” characterizes midlife as an “autumnal mist” where “Life rushes forward, never to reverse. ... Faster then faster, time rushes on, hastening, racing, adamant, advancing oblivion.” The third poem, “Hourglass,” muses on the “waning” days of old age: “My sorrow is an hourglass. Against the wall of time, I smash my grief, those hours in glass.” But eventually, the narrator comes to terms: “I praise the beauty of life here and the beauty of being taken away.”

Kinsolving’s musicorhythmic lyrics trip well off the tongue, though they are less profound than her best work. Carlson chose to set her words against a massive orchestral palette redolent of Richard Strauss and of Alexander Zemlinsky’s Lyric symphony. The result, though derivative, is quite attractive in itself, but doesn’t seem to match either the naive sentiments of the “Blossoms” movement or the empty desolation of much of the “Hourglass” setting. Where the lyrics and music work best together is in the torrential “Velocity With Variations.”

Unfortunately, Carlson took a big risk with the key word velocity, which appears repeatedly as a refrain. Each time, he has set this to leaps involving an extremely high tessitura, with seven notes on the central syllable. The result is a phrase like Wagner’s “Hojotoho!” for the Valkyries — thrilling if sung as conceived, almost laughable if not. The fact that a champion like Brewer could not always successfully negotiate the word suggests that a revision should be considered, or that there will be a long wait for an Olympian singer to appear who can master the challenge.

The familiar Wagner works after intermission were at last truly “romantic” in the sense of romantic love, as well as excellently performed and conducted by Neale. I was pleased particularly with the horns in the Siegfried Idyll, despite its interminable length. To endure it, I had to imagine it in its initial setting, as a love gift to Cosima Wagner on her birthday, played by musicians sneaked to the home. For the immortal Liebestod, Brewer was in lovely voice, with especially rich and nuanced low notes at the beginning, and gorgeous final notes of bliss.