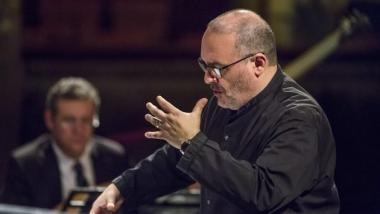 Concerto Italiano Comes Back to Monteverdi

Back in the 1980s, as a new generation of scholars began to re-map the world of the 16th-century northern Italian courts where the madrigal flourished and opera took shape, Rinaldo Alessandrini founded Concerto Italiano and began a deep dive into the music of Claudio Monteverdi. By the 1990s, when the group was recording the eight (nine, counting a posthumous collection) books of Monteverdi madrigals, they had perfected a style that was in sync with the new musicology, which stressed the expressive and dramatic experimentation of the period.

While Concerto Italiano’s singers could blend, their voices were individual, the emotion coming through strongly. The diction wasn’t merely “clear,” words were mined for expressive consonants and the timing of phrases could be flexible to allow for free declamation and soloistic display, something that becomes more frequent in Monteverdi’s later publications, beginning with Book IV. Most intriguingly, for the time, Alessandrini varied the tempo within the madrigals, not just fractionally, but by large degrees so that a four-minute piece could be like a mini-opera.

In the 15 years since the last entry in their survey, the group’s influence has been felt in recordings by La Venexiana (Glossa, directed by Claudio Cavina, who was a member of Concerto Italiano on those breakthrough recordings of the 1990s); Delitiae Musicae (Naxos, directed by Marco Longini); and Les Artes Florissants (Harmonia Mundi, conducted by tenor Paul Agnew, to whom William Christie, the group’s founder, passed the baton). 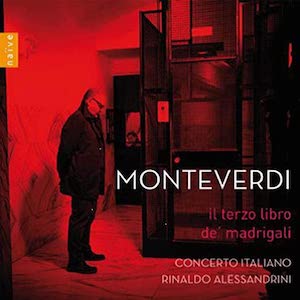 Until last October, Monteverdi’s Third Book was missing from the Concerto Italiano discography. Now it is here (on the Naïve label) and it’s vintage Alessandrini, although there’s nothing that will make you fall out of your chair. We’re just too used to the contemporary performance style for that.

By skipping the Third Book, Alessandrini took his forces from the relatively traditional Book II to Book IV, published 13 years later, in 1603 in the middle of Monteverdi’s service at the court of Mantua. But scholars have established that many of the madrigals in Book IV were composed and performed in the mid-1590s, pushing back the date of the “second practice” innovations that mark Monteverdi’s break toward more dramatic musical forms and ideas. Book III (1592) shows us Monteverdi in his first encounter with the advanced ideas at the court of Mantua, where he received an appointment to the private cappella of Duke Vincenzo Gonzaga.

Monteverdi was 23 and Mantua, along with Ferrara (46 miles away along the Po River) was a cultural center, actively competing for prestige with their Ferrarese allies. As Massimo Ossi puts it, the move from the town of Cremona to Mantua for Monteverdi was a plunge into the deep end: “Under the Gonzagas’ rule, Mantua had been for over a century an important commercial center, and its financial resources had fueled the patronage goals — musical, artistic, and literary — of a succession of rulers.” As Monteverdi reached the court, negotiations were underway to present Il pastor fido (The faithful shepherd), a play by Battista Guarini, in a huge performance with extensive musical interludes, which was finally realized in 1598.

Book III is, not coincidentally, dominated by Guarini’s erotically-charged love poetry as Monteverdi hewed to the taste of his new employer. Alessandrini and Co. make striking moments of the declamatory openings of madrigals like “Stracciami pur il core (Tear my heart asunder) and “Se per estremo ardore” (If a heart could die of extreme ardor). The involved contrapuntal writing that follows is fleet but also invested with emotion. In the latter madrigal, Alessandrini slows the tempo as the range contracts sensuously, with the poet happy to “die of sweet delight” in chromatic ecstasy. In the final couplet, he “rises again like the Phoenix” and the tempo picks up with the inevitable word-painting of the word “rises.”

Still, as everyone who knows what’s coming in Books IV–VI mentions, the highlights of this book, and Concerto Italiano’s recording, are the two madrigal cycles, in ottava rima (Italian heroic verse) taken from Torquato Tasso’s Gerusalemme liberata (Jerusalem liberated). Monteverdi’s heroic style here, with the voices coming together in declamatory passages in homorhythm (all voices sharing the same rhythm), dissonances, chromaticism, and shifting musical motives that characterize the poem’s speakers and their emotions, come from the experiments of Vincenzo Gonzaga’s chapel master, Giaches de Wert. But they are the springboard for a composer who was absorbing everything and processing it into his own synthesis.

Although the Concerto Italiano’s personnel have changed, excepting the still fresh-voiced Monica Piccinini, it’s really the group and the interpretation that matters and the passion and commitment are still there. With plenty of good box sets of the complete Monteverdi madrigals available for collectors, those of us who diligently picked up all of CI’s recordings singly as they came out, are having a moment.

The Triumph of Monteverdi’s Madrigals

And the winner is ... Claudio Monteverdi! He was well-served Saturday night in a Berkeley Festival performance at that city’s First Congregational Church. ARTEK (from The Art of the Early Keyboard), a New York–based ensemble of six singers and seven players of plucked and bowed strings, gave magnificent voice to Monteverdi’s Fifth Book of Madrigals.

John Eliot Gardiner: Monteverdi is the Shakespeare of Music

The conductor talks about his life-long admiration for the composer and his role in the early music revival.