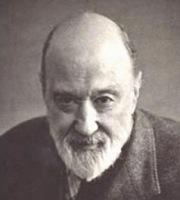 Concord Out of Discord

David Bratman on February 7, 2010
The San Francisco Symphony under Michael Tilson Thomas paid a mammoth tribute to two American composers, Charles Ives and Henry Brant, last week. Friday’s performance of A Concord Symphony, music by Ives as orchestrated by Brant, was a landmark in local performances of 20th-century music.

Ives often seems the genial and witty eccentric. His Concord Sonata for piano, however, intimidates listener and performer alike. While there is humor and even open beauty in the Concord, much of it consists of the most complex and bristling modernism. To the casual listener, it may sound more like a Discord Sonata. It took me several hearings, with my nose in the score, to make any sense of the piece. It was worth the trouble, for it enabled me to appreciate Brant’s elegant orchestral transformation of it.

The Concord Sonata challenges performers as a huge work — some 50 minutes long — that seems to require more fingers than most pianists have. To Brant, it obviously burst its bounds as a piano piece and begged for orchestration. Making a symphony out of it was a labor of love that occupied him (between other projects) for some 35 years. He was well-equipped to write it, being an eccentric composer himself, a disciple of Ives, and a brilliant orchestrator who won the Pulitzer Prize for a work premiered by the San Francisco Symphony in 2001.

Brant tackles the work’s thick, heavy fiber by orchestrating largely in section blocks. Freedom and imagination in transcribing the notes brings out the textures and contrasts in the music. Ives’ four movements — each inspired by one of the transcendentalist writers who flourished in Concord, Mass., in the mid-19th century — all gain additional character. The themes, especially the lyrical ones, are clearer to the ear, and Ives’ jagged motifs also stick out.

The huge opening movement, a craggy and earnest portrayal of the philosophy and poetry of Ralph Waldo Emerson, is the toughest nut to crack. Overall, it’s the muddiest and noisiest movement, and in places is even more so orchestrated than in piano. Brant gives the pealing opening theme to brass and the more lyric follow-up to strings. Later series of chords are placed in divided strings, making them sound incongruously lush. Adding in the orchestra’s piano on occasion gives a crunchy texture reminiscent of Bohuslav Martinů.

The manic and kaleidoscopic scherzo, inspired by the fantastic imagination of Nathaniel Hawthorne, works the best in orchestral guise. Abrupt contrasts between hymns, violent storms, band marches, roiling chaos, and ragtime come off well with instrumental color. Ives’ use of the opening motif of Beethoven’s Fifth Symphony as an epic theme rings out vividly in the brass. Silly percussion sounds, muted trumpets, and clarinet squawks enliven the ragtime sequence. In one infamous section, Ives directs the pianist to make soft tone-clusters by pressing a strip of board gently down on the keys. Brant gives these chords to glassy strings backed up by celesta.

Then comes a genteel visit to the home of Bronson Alcott and his daughter Louisa May in the form of an intermezzo. Although by far the simplest movement, in one respect it’s the toughest to orchestrate because, unlike the rest of the sonata, it’s so intensely pianistic. Brant surprised me by giving the plain opening chords to winds and harp. A gentle folklike theme goes to trumpet, followed by winds again for a quotation of “Here comes the bride” from Wagner’s Lohengrin. Louder outbursts (Beethoven’s Fifth again) are powerful in orchestral form, emphasizing the emotional contrast.

The finale is a misty nocturne depicting Henry David Thoreau at Walden Pond. Orchestrated, much of this sounds French — appropriately, as Ives’ original piano writing sounds rather French, too — with rhythmic wind interjections out of the quieter parts of Stravinsky’s Rite of Spring.

Tilson Thomas conducted more briskly than most pianists play the sonata, though not as frenetically in the fast sections as in Ives’ own recordings. Above all, with Brant’s help he shaped the work’s line into coherence. Ives’ frequent pauses and fermatas joined the successive sections together rather than separating them. This is a tough work to listen to. Brant and MTT gave it all the care in their power.

A Workaday Mass to Stand Apart

Also on the program was Franz Schubert’s Mass in G Major, D. 167. It must have been chosen to provide as much contrast as possible. Ives would have found it “sissy” (a favorite disparagement of his). Ives’ is an impractical work almost nobody could play; Schubert’s is an eminently practical one almost anybody could play. He intended it as an ordinary, workaday Mass for his local church, and put in nothing more elaborate than a simple fugal hosanna. Ives bursts his bounds; Schubert constricts his. This Missa Brevis takes less than half an hour to perform. The forces required are so small that the chorus stood immediately behind the orchestra on the main stage, instead of up in the terrace. The choristers still outnumbered the instrumentalists by about two to one.

This Mass is quiet, almost stealthy, with only a few outbursts backed up by trumpet and timpani. The most beautiful and characteristic movement is the Credo, where Schubert packs an impressive amount of text into a gentle, simple melodic line. Call-and-response between the female and male choruses, over a staccato line from cellos and basses, was handled with great delicacy, sounding like a premonition of Philip Glass’ Satyagraha.

Schubert gives most of the Benedictus, and a few lines elsewhere, to three solo parts, presented here by fine singers who waited patiently for their few contributions. Soprano Leah Crocetto has the most extensive part, which she gave with a light, rather nasal voice; bass-baritone Patrick Carfizzi sang strongly, with the slightest rough edge; and tenor Thomas Cooley offered such purity of voice and precision of enunciation that he seemed wasted on the few lines the composer allows him here.