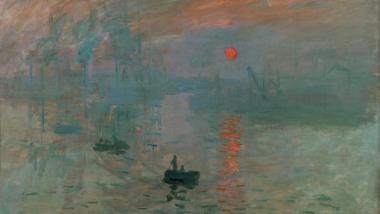 2018 marks the centennial of the death of French composer Claude Debussy, and the venerable Old First Concerts has been presenting a series of four concerts of Debussy’s piano and chamber works to mark the anniversary.

Of Debussy’s piano compositions, two sets of Préludes, totaling 24, stand above the mostly small suites and individual pieces. In writing them, between 1909 and 1913, Debussy did not follow the formulae used by such composers as Bach and Chopin, who wrote preludes (and fugues in case of Bach) in every major and minor key. Instead, Debussy organized his pieces as impressions of various subjects. It is important to note that, in the printed score, the titles of the pieces are not shown at the beginning, but rather at the end, as if to reveal the subject after the music is heard.

At Friday’s concert, the Preludes were presented by a group of well known local pianists: Robert Schwartz, Steven Bailey, Christopher Basso, Jeff LaDeur, Keisuke Nakagoshi, and Daniel Glover. Robert Schwartz began with the first four of Book I, playing with the utmost assurance. The opening chords of “Danseuses de Delphes” (Delphic dancers) stood like Grecian columns, while “Voiles” (Veils) floated in the air. Schwartz was masterful in illustrating the images that each of the pieces is supposed to evoke, with vibrant lines and airy chords. The exquisite pianissimo by Steven Bailey evoked serenity in “Les collines d’Anacapri” (The hills of Anacapri), though the famous melodic line in “La fille aux cheveaux de lin” (The girl with the flaxen hair) may not have quite risen above the warm chords.

Christopher Basso left a strong impression with “La cathédrale engloutie” — a vibrant image of the sunken cathedral rising above the water as the tide ebbs, with echoes of monks’ chants — while the piquant Spanish character in “La sérénade interroumpue” (The interrupted serenade) was treated with humor. “Minstrels” was delivered freely, with a sense of nervousness, evoking the admittedly racist but not malicious laughter.

By then, it was evident that we were seeing Debussy’s images through the lenses of pianists who were in two separate camps: One group focused on colors and textures, while the other contrasted the nebulous background with sharply defined foreground subjects in vibrant colors. Jeff LaDeur opened the second half with an aptly nebulous interpretation of “Brouillards,” evocative of swirling mists, while what may be a lighthouse in the distance added sparkles to the otherwise indistinct soundscape. Yet the brusque character of “La puerta del vino” (The wine door), with its persistent habanera rhythm, was delivered with punches and seductiveness at the same time. The fickle “Les fées sont d’exquises danseuses” (Fairies are exquisite dancers) illustrated the capricious fairies with a sense of restlessness.

The soundscape truly bloomed under the hands of Keisuke Nakagoshi, with an expansive reading of “Bruyères” (Heather), depicting a hillside in bloom. Nakagoshi always maintained a well-defined focus on the main, lyrical subjects, yet surrounded them with an aura or a glow. His exquisite sense of balance between the melody and chords allowed him to hold the sustain pedal longer, creating a grander, more contiguous soundscape. The silly “Général Lavine - eccentric” was delivered with drunken humor filled with punches, and the eeriness of “La terrace des audiences du Clair de lune” (The terrace for moonlight audiences) never lost the sense of continuous line, maintaining its structural integrity.

Daniel Glover took the last four at fast tempi. “Hommage à S.Pickwick Esq. P.P.M.P.C,” which humorously opens with “God Save the Queen,” unfortunately lost the pomposity of Charles Dickens’s character, particularly when the dotted rhythm lost the inherent tension in the shifting emotions. The embedded melodic lines in “Les tierces alternées” (Alternating thirds) were lost in a blur, and the sparkles in “Feux d’artifice” (Fireworks) were often obscured by a San Francisco fog.

It has been said that Debussy detested being called an impressionist, and preferred the term, “symbolist” (like the poets Verlaine and Mallarme). It’s easy to see how “impressionism” tends to neglect the sharp, dry humor and contrasting textures in many of Debussy’s preludes. The survey of all 24 in one concert left the strong impression that poetic symbolism was indeed deeply embedded in the composer’s writing, even if the works surveyed here were not all inspired by literature.

Anderson and Roe Stick to Classics

There are fireworks aplenty without the rock and pop.