Discovering Jon Hendricks in This is Bop

Jon Hendricks, a master of scat singing and the inspiration for a dazzling, daunting vocal form called “vocalese,” has always invited a closer listen and look.

My first opportunity was with Hendricks’s mid-’70s run of his Evolution of the Blues, at the erstwhile On Broadway Theater in San Francisco’s North Beach. As a musical and historical tour through its titular subject, the show was also a thoroughly entertaining bully pulpit for the socially and culturally critical opinions of its creator. 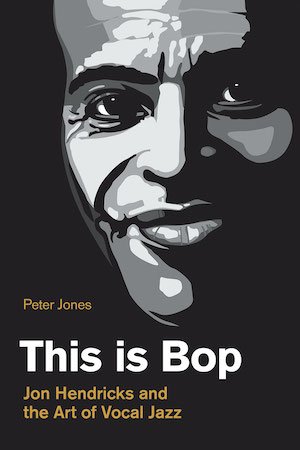 Next time I saw Hendricks was backstage at the Jazz in Marciac festival in southern France, in the early ’90s. Part of a tribute to the ailing Dizzy Gillespie, who was unable to attend, Hendricks was seated on the stage steps, scribbling on a yellow pad of lined paper. He explained to me that he was penning brand-new lyrics for a Dizzy standard, which he’d be singing a half-hour later.

A decade later, I finally got to set up an interview with Hendricks for a newspaper piece, while he was staying at a bed-and-breakfast in Marin County, not too far from a festival he’d perform at with his daughter Aria, who lived close by. He opened his door to my knock, and it was obvious he’d forgotten the appointment; he was standing there in his underwear. But he made a joke out of the situation and invited me to come in and proceed with the interview while he got dressed.

The impressions I’d gathered of Hendricks, who passed in 2017 at the age of 96, are fascinatingly confirmed in the anecdotes and quotations from Hendricks and others which fill the biography This is Bop, more tellingly subtitled as Jon Hendricks and the Art of Vocal Jazz. In truth, the shortish book, by Englishman Peter Jones — a contributor to London Jazz News and other publications — is not as comprehensive as its cover suggests. Although Hendricks was somewhat influenced by bop, his output — both in and out of his most famous collaboration, with the vocal trio Lambert, Hendricks & Ross in the late ’50s and early ’60s — included ballads and mainstream jazz as well as bop. And Hendricks’s approach to composing, arranging, and singing jazz by no means typifies vocal jazz, nor does Jones concern himself with a comprehensive treatment of that art form, or a comparison of Hendricks’s scat and vocalese with the styles of other celebrated singers.

What the reader gets instead is an admirably researched and interesting account of Hendricks’s raising, with details that will surprise most fans acquainted only with his trio years. These include the conversion of his father, Andrew Hendricks, from a reprobate to a man of god, and the raising of Jon and his siblings in Toledo, Ohio, in the ’30s and ’40s in the company of blues greats — jazz piano titan Art Tatum (who “trained Hendricks to think vertically”), and a young Thomas “Fats” Waller, who roomed with the Hendricks family.

Hendricks is revealed as a soldier court-martialed for standing against racism abroad in the military, who circumstantially encounters bop recordings on his way home. Another surprise is his assaying a prelaw program while starting to write songs, and being warned by Charlie “Bird” Parker, “you ain’t no lawyer.” Discussing Hendricks’s early work with Bird and vocalist Louis Jordan, and in later track-by-track treatment of individual albums, author Jones displays skillful, observant musical commentary likely to satisfy sophisticated jazz fans. It’s noted that Hendricks felt he never needed to learn to read music, and that he was prone to “self-justification.”

There are important asides to discuss the backgrounds and characters of Dave Lambert and Annie Ross, and with the latter, Jones exhibits what will recur as an occasional tendency to editorialize and generalize, as where he references Ross’s five years in Paris as a youth, “singing and acting (but mostly consorting with expatriate American jazz musicians, reveling in all the sex and drugs.)”

More impressive is Jones’s account of how, in 1957, the new trio, arguably captained by Hendricks, created what critic Leonard Feather would call “vocalese,” in which, individually and collectively, the three singers would cover, note-for-note, both through-composed and improvised sections of existing jazz recordings, with lyrics artfully fitted by Hendricks, supplemented by scatting, the sort of wordless vocalization already showcased by the likes of Louis Armstrong and Ella Fitzgerald. Starting with their first hit album, Lambert, Hendricks & Ross: Sing a Song of Basie (ABC-Paramount, 1957), Jones lists out which singer covers which instruments, and this alone will have readers relistening to this and the group’s other oeuvre to marvel at the results.

Jones competently establishes the reaction of both music professionals and the press to the sui-generis Lambert, Hendricks & Ross, with excerpts from published reviews (mixed, but mostly positive) and quotes (Johnny Mandel didn’t like them). There’s also racism in the years before the Voting Rights Act. Hendricks, as the trio’s only Black and the husband to two successive white wives, incurred discriminating treatment in some restaurants and venues, though he never fashioned himself as a militant. Curiously, in discussing the critical reaction to Lambert, Hendricks & Ross: Sing Ellington (Columbia Records, 1960), Jones takes issue with Hendricks’s denigration of Lambert as being “not of the culture.”

We’re reminded that the trio functioned as the “effective emcee” of the second annual Monterey Jazz Festival, in 1959, and that Hendricks returned there the following year to premiere his Evolution of the Blues, the showcase of his “political/educational credo” which I’d later witness in San Francisco. Ross at this point was struggling with a heroin addiction incubated during her long romantic relationship with comedian Lenny Bruce, and by the time of Lambert and Hendricks’s appearance at Monterey as part of a revue, The Real Ambassadors, in 1962, Ross had pretty much been replaced by Yolande Bavan.

Hendricks expanded beyond the trio setting and into the newly popular Brazilian bossa nova genre, and he relocated, with his second wife Judith and his children from two marriages, to a houseboat in Sausalito, where at one point he hosted a visiting Thelonious Monk and penned lyrics for several of the pianist’s quirky compositions. Jones pays admirable attention to Hendricks’s part in the active Bay Area jazz scene of the early ’60s, including a long-term gig at Sausalito’s Trident and a concert with Duke Ellington at Grace Cathedral, and to his happy collaboration with local pianist Larry Vuckovich and saxophonist Noel Jewkes. But author Jones, as with his writing about Ross in Paris, is rather dismissive in characterizing San Francisco as “also full of drugs” and accepting an account of a seductive married mother as somehow typical of the times.

What is true and significant, is that Hendricks was trying to fulfill his function as a father to a degree previously attenuated by his career ambitions. What’s understandable to those of us who lived in the Bay Area in the ’60s and ’70s is that certain of the Hendricks kids were tempted by the sort of uninformed exploration of pharmaceuticals particularly problematic among privileged Marin County families, more so than in San Francisco.

After a drying out period in England, Hendricks returned to the Bay Area, bought a family home in Mill Valley, and succeeded Ralph Gleason, a co-founder of the Monterey Jazz Festival, as jazz critic for the San Francisco Chronicle in 1971. He also taught jazz at Sonoma State College and the University of California, Berkeley. Although Jones’s book is rather short on illustrations, he provides a reproduction of Hendricks’s well-written Chronicle piece on Billie Holiday.

This second Bay Area stint introduces the latter and lesser-known portion of Hendricks’s story, where the detail turns tedious at times. But the singer’s influence on younger jazz makers is made apparent, among them Bobby McFerrin as well as Manhattan Transfer, the vocal group for whom Hendricks wrote lyrics. Although the singer kept performing and recording into his elder years, sometimes in the company of wife Judith and/or the kids, Jones conveys the impression, not quite confirmed, that the collaborative joy of the trio was never recaptured by either Hendricks or his fans. He was, however, proclaimed a Jazz Master by the National Endowment for the Arts in 1992, and was offered a reason to return to his hometown with a position at the University of Toledo, in 1999.

“How much longer could Jon carry on?” asks Jones, rhetorically and oddly. Among the possible responses provided by the book are a linkup with fellow jazz vocalists Mark Murphy, Kurt Elling, and Kevin Mahogany. In his 10th decade, Hendricks also completed a long-term project of lyrics for Miles Davis’s Miles Ahead album, performed at St. Peter’s Church in New York City at the concert whose mention neatly bookends the biographical portion of Jones’s book.

Along with a vital and complete discography, the book includes a set of appendices which often reiterate material presented earlier, supply new facts and observations that might better have been integrated earlier, and compile quotes about “wisdom and philosophy” that count as character notes and may make up for the fact that Jones doesn’t seem to have had the opportunity to himself experience, meet, and/or interview the subject of his biography. For all those who did, or have listened to the recorded legacy and wish they had, this book is a must-read.

We chat with the tireless vocalist about her television special, life during lockdown, and her illustrious career.