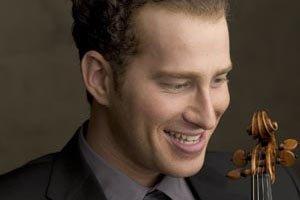 The San Francisco Symphony program was simple and twain: just two works from the same Late Romantic era, divided by an intermission — works as different as Jekyll and Hyde. The evening began with Johannes Brahms’ Violin Concerto, as common a visitor to the concert hall as a baked potato in a steakhouse, with tunes and harmonies so well worn in mental space that someone in the row in front of me started to hum along. It ended with Carl Nielsen’s Symphony No. 3, programmed only once or twice a year in all of the United States or Canada, with harmonies so consonant and yet so unsettling that Dramamine could well be prescribed as a protection for the Nielsen-uninitiated.

Conductor Laureate Hebert Blomstedt and soloist Nikolaj Znaider delivered the Brahms potato in exemplary fashion when I attended Friday. Blomstedt built strong yet mellow climaxes, massaged seamless transitions, and engineered baby’s-breath pianissimos within a standard range of tempos, just slightly on the slow side. The orchestra, with cellos and basses moved to stage right, and second violins and violas to stage left, did their usual top-notch thing.

Znaider’s tone was enviable, his technique impeccable, and his interpretation strong, with a little portamento and some off-tempo phrasing here and there for romance. His performance made for an altogether satisfying first half — especially when the gentleman in front of me caught himself and quit humming.

Then came Mr. Nielsen, bursting into the auditorium with an Allegro like a battalion on Saturday-night leave hitting a string of dance clubs, each in a different key. But the pastoral second movement cast a completely different spell, with mysterious kettledrum rolls — and wordless singers (soprano Katherine Whyte and baritone Eugene Chan) performing on either end of the choir terrace. (This removal from the stage proper was an inspired one, applying just the right distance to the sound.)

The remaining two movements returned to the changing personalities and harmonies of the first movement: The Scherzo featured raucous, trilling winds, and the finale a grand martial theme and contrapuntal hustle-bustle that gets continually undercut by ironic comment and mood changes. I’m sure Dr. Brahms would have thought Mr. Nielsen to be unhinged, but not so the audience. They gave Blomstedt, who conducted the work from memory, a well-deserved ovation.

The choice of program provoked me. On one hand, it was a bit brief. There was plenty of time to have begun the concert with a 10-minute overture. On the other hand, limiting the concert to the two works brought their stark contrast all the more into the light. Hearing only the two works seemed to emphasize Brahms looking backward to the concertos of Beethoven and Mendelssohn — and Nielsen forward, hyperkinetic in contrast, evolving toward a neoclassical/modern style by implementing increased concision, employing unconventional procedures and structures, and reducing lyricism.

I must quibble with Michael Steinberg’s otherwise excellent program notes, however:

… Brahms would be surprised to know that his concerto has surpassed Beethoven’s in popularity (and that Mendelssohn’s elegant essay is no longer thought of as being in that league at all).

The American Symphony Orchestra League statistics show that among the three concertos, in the seven seasons ending with 2006-2007 (the last currently available), the Beethoven was programmed the most in three of those seasons, the Brahms in three, and the Mendelssohn in one. I would counter from this data that they are all in the same league, and that neither the Brahms nor the Beethoven has surpassed one another in fame, at least in America.

Steinberg’s claim may be an artifact of the original form of his program note, written in 1979 for the Boston Symphony, but even then, the three concertos were running neck and neck in the Schwann catalog, with 22 recordings available for the Beethoven and Mendelssohn, and 21 for the Brahms. I can’t imagine any one of the three fading into the background any more than we will ever forget Robert Louis Stevenson’s creation of Jekyll and Hyde.