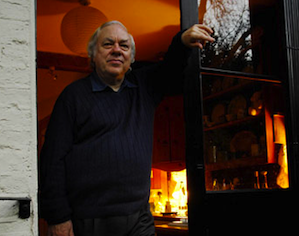 All these works are historically and stylistically linked, and it would have been helpful to have this information for the audience to read, but, regrettably, there were no program notes. Meanwhile, the music performed that night was outlandish enough to merit some explanations. For example, the opening movement of the E-major Sonata, Op. 109, is a highly unusual sonata form, made up of sharply contrasting, alternating fast and slow sections. A possible reason for this oddity, aside from Beethoven’s increased eccentricity later in life, was that the movement was conceived as an independent work. It was commissioned by Beethoven’s friend Friedrich Starke, who was in the process of putting together a volume of instructional piano pieces.

Shortly afterward, however, the composer received a commission from another publisher, Adolph Schlesinger, for three piano sonatas. One of Beethoven’s friends suggested that the composer should perhaps use the little new piece for a sonata. Beethoven followed his friend’s suggestion, fashioned the piece as the first movement, added a rapid scherzo and, as the finale, a set of variations on a slow, sarabande-like theme. What makes this Sonata even more unusual is that the first two movements are fused by a pedaled chord, so the entire Sonata appears to consist of two movements, about 10 minutes each.

Beethoven then compensated Starke for the withdrawn piece with five new Bagatelles (Op. 119, Nos. 7–11). The Bagatelles, or Trifles, are even more rhapsodically fragmented than the first movement of Op. 109; they also featured, with the addition of No. 6, in Goode’s program on Saturday.

The latent two-movement shape of Op. 109, with slow variations as the finale, paved the way for the third Sonata commissioned by Schlesinger, Op. 111. This last Sonata has a clearly defined two-movement structure, also with slow variations at the end. In fact, after receiving the manuscript of Op. 111, the surprised publisher inquired whether the composer forgot to mail the final allegro.

In the middle of the last three Sonatas we find Op. 110, which comprises not two but rather three, or perhaps four, or maybe even six movements — opinions differ regarding the number of movements here. But the work definitely includes a peculiar scherzo in 2/4 instead of the common 3/4 time, an instrumental recitative, and a couple of short arias for piano, plus two fugues.

The three Sonatas, as well as the Bagatelles, exemplify Beethoven’s late style, which weaves together many seemingly incompatible extremes. His late music becomes more personal, with tentative stops and starts, but, at the same time, more intellectual and withdrawn. It sounds more complex in many respects, but also more naive, even primitive. Intricate polyphonic writing coexists with unsophisticated, almost amateurish textures. Complex rhythmic designs occur side by side with the simplest rhythms.

The unique mixture of these traits makes the performer’s job quite difficult, both conceptually and technically. Goode, one of today’s major Beethoven interpreters, is particularly well-equipped to deal with all these nuances of the composer’s late style. The pianist possesses a wide tonal palette, clarity of articulation, enviable technique, and refined musicianship.

These qualities were evident in Goode’s recital. The Bagatelles were marvelously rendered. Op. 110 was delivered with power and integrity. The other two Sonatas, however, had one problematic issue. Both slow finales, in Opp. 109 and 111, are poignant, transcendent valedictions, dissolving in shimmering trills. In Goode’s hands, though, the last movement of Op. 109 came out as a down-to-earth, utilitarian set of variations, often rushed and devoid of divine spark.

The main allegro of the first movement in Op. 111 came fast and furious, brimming with propulsive energy and irresistible drive. Unfortunately, the pianist played the second movement with the same steely determination as the first, picking up the speed along the way. And that’s in spite of Beethoven’s repeated pleas in the score (which Goode had right in front of him on the piano rack) not to change the tempo under any circumstances. The bittersweet farewell did not transpire in the second movement, primarily because the variations were almost uncontrollably fast and too frantic for a beatific transcendence into otherworldliness.

Perhaps Goode was in a hurry to get someplace after the concert, and the fact that he played no encore, despite the protracted standing ovations, only reinforced that impression.