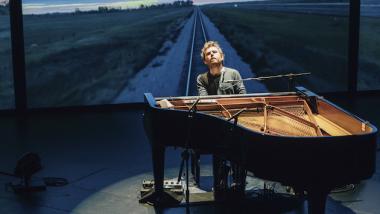 Gabriel Kahane Takes on Homelessness and the Housing Crisis

Many modern operas, theater pieces, and song cycles view current social problems and events through overly artsy and/or abstracted lenses that blur the impact of what their creators may want to say. Not so Gabriel Kahane’s emergency shelter intake form — a work for vocal soloists, chorus, and orchestra that addresses the issues of homelessness and the housing shortage quite directly, forcefully, with focus. I found it an extremely moving listening experience — didactic yet emotional — as recorded by the Oregon Symphony on its own label (reviewed here from a download). 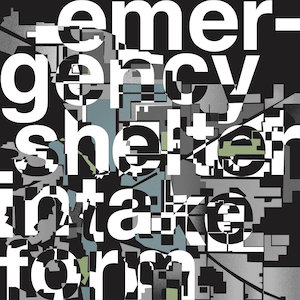 Traipsing freely and attractively across the boundaries of Broadway, folk, and symphonic music, Kahane tackles the subject by framing the piece around a simulated questionnaire that homeless people seeking shelter are supposed to fill out. In between the form’s boilerplate questions, the libretto — apparently credited to Kahane — explores the humiliations, circumstances, inequities, and life calamities that contribute to homelessness. A trio of deliberately stilted voices (including Kahane) forms the “chorus of inconvenient statistics,” reciting the bureaucratic words and providing “the cold hard facts,” while mezzo-soprano Alicia Hall Moran sings of the human toll of economic distress.

One number, “A Brief History of the Subprime Mortgage Loan Crisis,” takes time out from filling out the form to deliver probably the most cogent, understandable explanation that I’ve ever heard about the financial meltdown of 2008. It’s centered around a showbizzy refrain that without resorting to period pastiche, accurately conjures the party-like-it’s-1999 ambience of the 1980s as per the free-market doctrines of monetarist Milton Friedman.

The performance, led by the ever-enterprising Carlos Kalmar, is made even more credible by the participation in the finale of the Maybelle Community Singers, an ensemble from an organization that helps those living in poverty in the Portland area. (Similarly, a “community chorus” will be on hand when the San Francisco Symphony is scheduled to perform the piece Feb. 4 and 6, 2021).

Kahane may have thought that he was taking on an impossible subject with which he personally has had little experience, being a member of a musical dynasty (his dad is the conductor-pianist Jeffrey Kahane) with an East Coast education. But in fact, he has wholly grasped it and expanded its implications convincingly.

What makes this release even more poignant and disturbing is that on the very day that this album came out (Mar. 20), Kalmar, the musicians, and the staff of the Oregon Symphony were laid off — collateral damage from the coronavirus pandemic — though fortunately the musicians will retain their health benefits as per their contract. Hopefully the musicians on this recording won’t have to experience what it might be like to be destitute or homeless for real — which would be a most ironic turn of events.

The composer brings new work to the Pivot festival inspired by a cross-country train adventure.

The singer-songwriter/composer joined string quartet Brooklyn Rider for a different kind of Schubertiade.