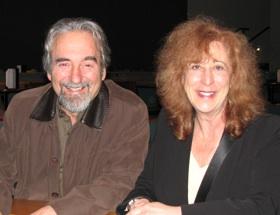 Jason Victor Serinus on March 2, 2010
How to widen the circle, to bring more music lovers, both young and old, into the classical fold? In a time of shrinking budgets, that question constantly haunts concert producers, record company executives, musicians, and, yes, even critics in the U.S. (not China, Korea, or parts of Europe) who find themselves communicating with a shrinking pool of graying, mainly white-skinned, classical music aficionados.

A few years back, as part of its mission to invite in as many classical listeners as possible, longtime classical-music radio station KDFC 102.1 FM's Bill Lueth began experimenting with producing concerts in alternative, less-formal venues than the traditional concert setting. “Our goal is to open the gateway to whoever likes the sound of classical music, whether they know a lot about it or not,” Lueth explained

by phone. “That way, we create a large pool of music lovers for the diverse arts community in the Bay Area.”

The station could not have made a finer choice. At 32, Riley combines delightfully youthful patter with a mature artist’s dedication and musicianship. He also takes after his father, the great composer/pianist Terry Riley, in his eclectic musical programming and embrace of a welcoming compositional style that leaves listeners feeling good, as well as sated.

Besides Riley’s winning persona — anyone whose first name, Gyan, given by his father’s musical and spiritual teacher Pandit Pran Nath, signifies Wisdom of God has a good chance of coming out smiling — he’s a marvelous player. At the core of his artistry lies a remarkably smooth, soulful sound that speaks from the heart. It’s not what you necessarily expect in a guitar transcription of J.S. Bach’s Second Suite for Lute, BWV 997, but its soulful depth immediately draws you in.

Kudos to Yoshi’s sound technician for choosing reasonable volume, and for tweaking the system to deliver some of the most naturally rich, full-range guitar sound I’ve ever heard amplified. Even if Riley could not negotiate every last chordal shift without occasional evidence of switching gears, the performance was immensely gratifying.

Gently Down the Brook

After saying a few deft words about his forthcoming gig at the Other Minds Festival, plus his jazz trio’s first download-only album (“we’ve just caught up with the ’90s”), Riley followed with his own Stream of Gratitude. Commissioned by the New York Guitar Festival, the four-movement work (prelude, fugue, sarabande, and gigue) was conceived as a response to Bach. (“Stream” is a play on Bach’s name, which in similar to bruch/brook).

“I’m grateful for Bach’s inspiration,” Riley said, as he for the first time played the two works back to back. He certainly needed no apology, for his memorable music seemed to rise from his soul. The end of the prelude was exquisite, the sarabande the product of a deeply pondering consciousness.

After its equally beautiful ending, Riley’s captivating final gigue was absorbed in focused silence. Despite the occasional clink of a wine glass, the silence of the audience and Yoshi’s supremely respectful table staff — to say nothing of a silent air conditioning system that leaves the War Memorial Opera House sounding like an ancient relic — reflected the level of concentration and appreciation that attended Riley’s music.

Next came another classical work, Agustin Barrios’ Julia Florida. One story is that the composer wrote the work in an attempt to seduce. Given Riley’s beguiling touch, quite different than in the works that preceded it, that’s certainly how it sounded.

After Riley’s Four Études for Guitar, which explore challenging right-hand techniques, the artist faced an obstacle. As he attempted to leave the stage after his bows, he found himself unable to part the curtain. Seizing the opportunity, he indulged an audience that hated to see him go with a welcome encore, Satie’s lovable Gnossienne No. 1. Since he had learned the work only three or four days before, the occasional tempo shifts and shadows of still-emerging interpretive ideas were understandable. Regardless, Riley’s overarching sense of concentration and deep thought transcended technical considerations. This was a great evening.