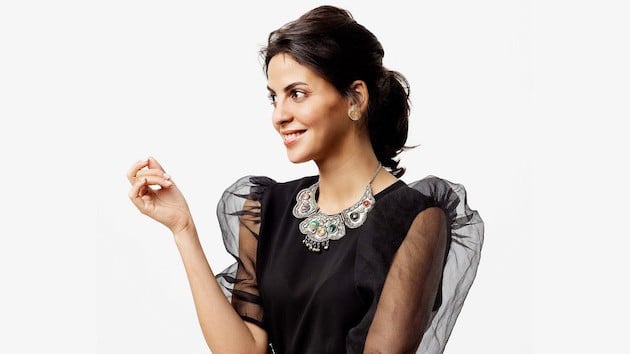 Soprano Fatma Said was all of 20 when, in 2011, she won the Grand Prix at the first Giulio Perotti International Opera Competition in Germany. After four more prizes, a year as a BBC Radio 3 New Generation Artist (2016), and performances at La Scala, Royal Albert Hall, Wigmore Hall, and more, the Egyptian-born, Berlin and Milan-trained artist has released her first recital, El Nour, on Warner.

What a fascinating, intriguing, and boundary-pushing recital it is. Instead of performing with a traditional orchestra, Said works with an unusual collection of artists ranging from the marvelous piano accompanist Malcolm Martineau to sexy tattoo-sporting jazz pianist Tim Allhoff, guitarist Rafael Aguirre, ney (end-blown flute) artist Bureu Karadağ, and the vision string quartet (written in lower case). 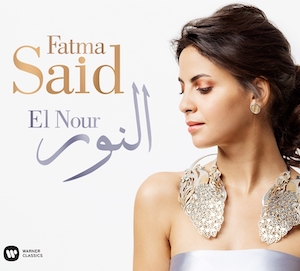 Nor would you encounter her repertoire in your typical recital. The recording begins with the three songs of Ravel’s colorful Shéhérazade. Although it’s hard not to miss the colors of an orchestra, the cycle is beautifully accompanied by Martineau with the addition of, in “La Flûte enchantée” (The magic flute), Karadağ on ney. It’s a special touch, and indicative of a recital designed to underscore the musical intersections of French, Arab, and Spanish culture.

Over an hour after it begins, the recital ends with four Arabic songs. According to Said, they are all well-known in Egypt. The first is especially interesting, because it sets poetry by Khalil Gibran. Accompaniment is courtesy of Tamer Pınarbaşı on kanun, Karadağ, Itamar Doari on percussion (riq, darbuka, etc.), Allhoff, and jazz bassist Henning Sieverts, and, on the final song, the visions. If that exotic mix weren’t enough, the jazz artists throw in a bit of improvisation, and compositions by everyone from Berlioz and Bizet to Manuel de Falla; poet Federico García Lorca, and Fernando Obradors make an appearance in between.

Said’s’s effortlessly produced, youth-tinged lyric instrument is a joy. Characterization and languages come easily to her, and she seems unbound by the strictures of the metronome. Ravel’s “Asie” finds her employing the occasional cutesy little accent as she mixes joyful innocence with fetching coyness. The song’s ending is wonderfully mysterious. “La Flûte enchantée” lives up to its title, and “L’Indifférent” (The indifferent one) abounds in sensual ambiguity. While her performance of the latter will not erase memories of those by Victoria de los Angeles and Maggie Teyte (at age 60!) — two inimitable and extremely subtle artists who sang with unparalleled intimacy and, like Said, were not French — it gives ample promise of what may soon come.

In Said’s’s rendition of Obradors’s “Del cabello más sutil” (From that finest hair) I hear strong echoes of one of my favorite song recordings by Long Beach-born Arleen Auger. The singing is equally lovely if just a bit less transporting, and the guitar accompaniment unique and inventive. Hector Berlioz’s “Zaïde” finds her sounding at times like an extremely gutsy soubrette, slowing wonderfully in the third verse and singing with compelling verve and nuance. You’ve got to hear it. Sometimes inflections idiomatic in Egyptian singing surface in other repertoire: everything comes together, in fact, in Philippe Gaubert’s “Le Repos en Égypte” (The rest in Egypt). The effect reminds at times of the little accents favored by Brazilian soprano Bidú Sayão, or the occasional swooping jazz inflections in classical repertoire that reflects Renée Fleming’s jazz background.

Throughout the recital, beauty and intelligence shine in equal proportion. For an echt 21st-century multilingual, multinational recital that reassures and refreshes, I joyfully recommend Fatma Said’s El Nour.

Jamie Barton and Jake Heggie Blaze Forth in Unexpected Shadows

A recital of modern American song with the composer and one of his finest interpreters.

The superb soprano is in her prime on this charming collection of French art songs.