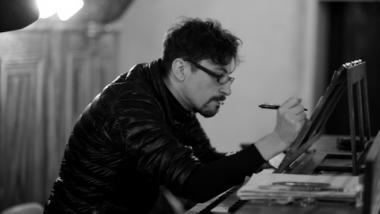 In a celebratory season that abounds in world-premiere commissions, the Los Angeles Philharmonic’s Green Umbrella concert on Nov. 13 was unique. Curated by Finnish conductor Susanna Mälkki, European Avant-Garde featured no fewer than five world-premiere commissions. All of the composers are from Europe: Francesco Filidei (Italy), Arnulf Herrmann (Germany), Miroslav Srnka (Czech Republic), Yann Robin (France), and Lotta Wennäkoski (Finland). The one thing they all have in common, is that their music is little-known in the U.S.

Up to this point, the LA Phil’s commissions have mostly showcased American composers. As a result, the vocabulary has reflected roots in minimalism, post-minimalism, crossover eclecticism, and works that are cosmically spatial. The influence of European schools of composition has been minor.

Not so at this Green Umbrella concert. In a preconcert talk each of the five composers said they did not feel comfortable having the label “avant-garde” attached to their work, but the thread of connection was definitely there — a thread from Schoenberg to Boulez and Darmstadt to Henze, Xenakis, Ligeti and 60s–70s modernism. Not a hint of Glass, Reich, or Adams.

Crafted execution, densely textured sonorities, and cool abstraction were the rule. Only in Wennäkoski’s pastoral evocation, Hele, with its slide-whistle birdcalls, was there a sense of ebullient joy, let alone a hint of humor.

Filidei, who is equally well known as an organist and a composer, opened the program with his piece, Lamento for organ, with the composer as soloist. The piece, he explained, grew out of an extended improvisation he performed to accompany a silent film that showed nothing but the motion of ocean waves. The result was music that, as he described it, “was almost empty, based on only a few very short or very long notes.”

The silent-film reference brought to mind the era in films when the “Mighty Wurlitzer” would rise majestically to accompany the movie. Seated at the console of the mighty Rosales organ in Disney Hall (nicknamed “Hurricane Mama”), Filidei’s piece began as a series of almost inaudible, rumbling puffs and flutters that barely qualified as notes. They were more like the breathy exhalations of Fafner in his cave.

Over the course of the next 15 minutes the atmosphere changed from a gentle breeze to a full-blown hurricane that engulfed the hall in the full range of the instrument’s color spectrum. Superbly performed and exceedingly evocative, it reminded me of Sir Ian McKellen’s tour-de-force reading of the Beaufort Wind Scale: “1. Very Light, Small white ripples with no foamy crests,” to “12. Very serious catastrophes!”

Arnulf Hermann’s six-part song cycle, The Call, was the only work on the program to feature a vocal soloist, baritone Sean Michael Plumb. The piece, which is based on the poems of Esther Kinsky, reflect a psychological condition (in German) known as Handlungsunfähigkeit (the inability to act).

The songs and their accompanying orchestration follow this theme as the musicians and vocalist pose musical/mental questions that seem to long for action, such as the opening “Departure for Patagonia,” only to retreat into a state of resignation and inertia. Plumb’s robust and sonorous baritone captured nicely the conflicted longing of the poems, and the ensemble was precisely conducted by Mark Lowenstein.

The baton was passed to Mälkki for the performance of Wennäkoski’s Hele. The word, the composer explained, has various meanings. It is the Finnish term for a grace note, that musical ornamentation that adds a touch of sparkle or twinkle to a phrase. Appropriately, it closely resembles the Finnish word for “bright” or “light.”

The piece embodied all of that in a sort of dawn-to-sunset study in tonal brightness and vivid birdsong colorations played on a flock of toy bird whistles. The 12-member ensemble (with an all-important percussion array played by Wesley Sumpter) created effects that brought to mind the coming of dawn in Ravel’s Daphnis and Chloe, and the mood music in the Tiki Room at Disneyland.

It was in the two last pieces: Overheating by Srnka, and Übergang II by Robin that the post-Boulez, influence was strongly felt. Both pieces were dominated by dense tonal structures, strings of notes that slurred and drooped, muted brass exclamations, and overlaid sonorities. Mälkki (a former music director of the Ensemble intercontemporain) conducted them both with deft precision.

Srnka made the point that the 100th anniversary of his Czech homeland coincided with centenary of the Philharmonic, and that by accepting his commission, he had turned down a national invitation to compose a work for the event. Perhaps it was the “overheated” nature of his schedule, or the heat of 100 years in that part of the world that provided his inspiration. “We celebrate these things while everything around us keeps overheating,” he wrote in his program notes. “Do we care more about the flags or the heat?”