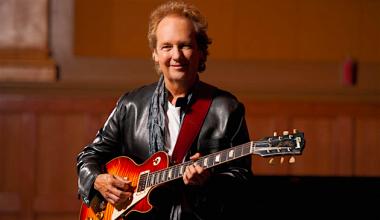 The Hollywood Bowl’s Jazz at the Bowl series — such as it is — supposedly started in July, but jazz by whatever definition you might choose didn’t find its way into the big amphitheater until Aug. 14. That’s typical of the way things have been going in recent years, but at least this meeting of old Brazilian and American friends will kick off a streak of three straight Wednesday nights of multi-styled jazz.

Ace guitarist Lee Ritenour has been dipping into the Brazilian sauce virtually from the beginning of his career, sprinkling tunes from, or inspired by, Brazil onto various albums in the 1970s and `80s, culminating in his excellent all-star 1997 tribute album, A Twist of Jobim. And Ritenour’s set was not only an immensely pleasing demonstration of how Brazilian jazz has been securely absorbed into the American jazz/funk mainstream, it was also a reunion of old studio pros with thousands of sessions under their belts. 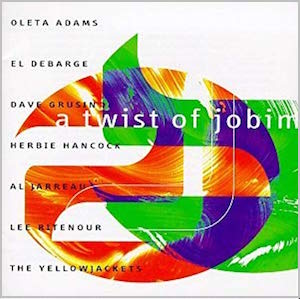 Dave Grusin, who played on A Twist of Jobim and noted that “Brazilian music saved my musical life,” offered romantically wistful solos on the Steinway grand. Abe Laboriel, Sr. showed that he could still slap some flamboyantly funky licks on the six-string electric bass, and the great percussionist Paulinho Da Costa could stop the show with just a solo workout on a tambourine-like pandeiro. Add to these stalwarts Luciana Souza’s sparingly-placed scat vocals, the Toots Thielemans-like harmonica of Grégoire Maret, Ritenour’s son Wesley on drums, and guitarist Chico Pinheiro as a foil for Ritenour’s ever-fluid single-string licks, silky smooth octaves, and hard-driving rhythm work.

Not surprisingly, a lot of Antonio Carlos Jobim tunes turned up in the set: a driving “Stone Flower” that really started to cook when Da Costa went into high gear, an “Agua de Beber” that developed into a chugging jam, “Children’s Games” (a.k.a. “Double Rainbow”) with lovely solos overcoming a somewhat hesitant rhythm. Inevitably, at mid-set, Ritenour noted the passing, this past July, of Joao Gilberto, and after Grusin gently outlined the tune of “The Girl From Ipanema,” Souza sang Jobim’s “Chega de Saudade,” the Gilberto record of which became the birth certificate of bossa nova, followed by a closing whiff of “Aguas de Marco” from Grusin.

Back in 2000, a plethora of international performers put out a tribute album called A Love Affair: The Music of Ivan Lins, and several of them turned up in the veteran Brazilian singer/songwriter’s evening-closing set. A good thing, too, because Lins, now 74, sounded a bit rusty and nervous in voice in the first few songs of the set, and his guest stars seemed to become a tonic for him the rest of the way. 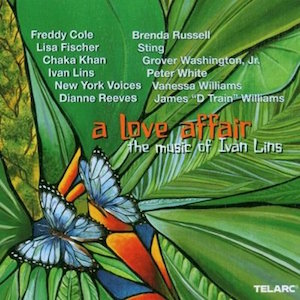 First, the New York Voices, backed by a full big band led by John Beasley, woke up the set by going into action in deep four-part harmony on Lins’s “Answered Prayers” and, with just a piano backing, added Lins as a fifth voice in his most famous song, “Love Dance.” Then singer Dianne Reeves, who has shown a knack for kicking sets at the Bowl into higher orbit so many times in the past, did it again Wednesday, galvanizing the band with a scatting display, trading vocals with Lins in “She Walks This Earth.” Together, they, too, paid tribute to Gilberto (and Jobim) with a rendition of “How Insensitive” (Insensatez) in Portuguese. Another participant on the A Love Affair sessions, Romero Lubambo, contributed tasty guitar throughout.

From here on, allowing for a couple of false starts on “Dinorah, Dinorah” in the wrong key, things went well, with the New York Voices returning for a fine grooving “Ai, Ai, Ai, Ai, Ai” and Ritenour, Grusin, and Maret joining everyone in a grand finale.

Two Musical Walks Through Art Galleries With the LA Phil