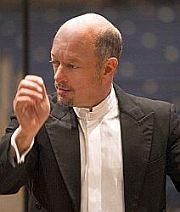 Messiah in the Cathedral

“And I will sha-a-a-a-a-a-a-a-a-a-a-a-a-ake ...” So powerful and elemental is the music that Handel composed to bring those words to life that, each time I stirred from sleep after last night’s performance of Messiah, the voice of baritone James Maddalena resounded in my head. That’s just how deeply the American Bach Soloists’ performance of the 1754 Foundling Hospital version of Handel’s Messiah penetrated my consciousness.

Held in cavernous Grace Cathedral on San Francisco's Nob Hill, and introduced by an Episcopal Bishop who was sure to tell us how wonderful, perfect, and inspirational the long evening would be, the performance triumphed despite one major handicap: Grace Cathedral. Although the work was actually premiered in Neal’s Music Hall in Dublin in the spring of 1742, and was not specifically intended for Christmastime, time has changed expectations. Thus did many hundreds of people pack the huge cathedral, hoping to experience Messiah where they believe it rightfully belongs.

What they got, in addition to fine musicianship, was the echo. So fuzzy can voices become as they cross the huge divide between Grace’s altar and pews that Music Director Jeffrey Thomas amplified soloists by means of the Cathedral’s time-delay speaker system. That sound system may succeed in projecting speech with greater clarity, but it also adds an inescapable metallic ring to the bright leading edge of higher voices.

That horrid electronic ring not only stood out in sharp contrast to the unamplified beauty of ABS’ superb period instrument orchestra and fine American Bach Choir, but it also gave a false sense of the vocals: It was only when I moved forward after intermission, to Row D, that I could fully appreciate the vocal beauty of soprano Arianna Zukerman and tenor Wesley Rogers. Two friends who sat farther back, in Row V, had a very different impression.

What more can be said about a period instrument orchestra that includes some of the finest players in the United States? The violin section, led by Baroque violinist Elizabeth Blumenstock, who plays the not so shabby “Cremona” Guarneri, sounded extremely beautiful in Grace, and Kathryn James Adduci’s solo trumpet was memorable.

Sweetness and Light From American Bach

Jeffrey Thomas: How to Handle a Masterwork

The choir, too, is quite fine. Splitting it in two, however, with part of the orchestra and all the vocal soloists in between, highlighted weaknesses. In contrast to the nine sopranos, whose soaring, childlike purity was especially fetching, the seven-man tenor section sounded weak. Nonetheless, even across the divide, the blend of sopranos and altos was especially lovely.

Thomas’ extensive program notes included a section about the long tradition of standing for the Hallelujah Chorus. Indeed, most audience members stood after the front rows rose. Their massed bodies unfortunately blocked some of the sound of the choir, which was not on high risers, and diminished the expected effect. The choral finale was far more powerful.

Of the soloists, Zukerman and Rogers stood out for evenness of tone, ease on high, and fluidity of embellishment. Zukerman’s softly floated high notes are especially impressive, giving hints of their potential to ravish in the right setting. When she sings forte, her tone's dramatic fullness makes a colorful contrast with the wispy, fluty quality of the choir’s sopranos. The clarity and excellence of her variations in such well-worn works as “Rejoice greatly” and “He shall feed his Flock” reinvigorated those much-loved arias.

Rogers, a former member of Seattle Opera, has an impressively powerful voice that rings out with authority and beauty. (Only with amplification does it take on a bleating, occasionally strident quality.) At ease in coloratura, he is a major find.

Veteran mezzo-soprano Jennifer Lane has a gorgeous voice, her large range framed by impressively cavernous lows and propulsive highs. The traversal from low to midrange, however, is these days sometimes accomplished by a bump and noticeable diminution in volume that left her sounding weak in her “O Death, where is thy Sting?” duet with Rogers.

Maddalena, who came to prominence in 1987 in the title role in John Adams’ tremendous opera Nixon in China retains an estimable facility with coloratura and expansive range. He knows how to use his voice for ultimate effect, can pull back when the music demands, and can still produce glorious sounds. High notes, however, are occasionally pushed and afflicted by a wobble that detracts from their authority, and vocal production can range from secure to spotty and wiry.

Thomas is a fine conductor. His tempos have an instinctual rightness, and his way with voices is special; his musical flow and line merit praise. If not the most moving or revelatory of performances, it was nonetheless was a lovely evening.