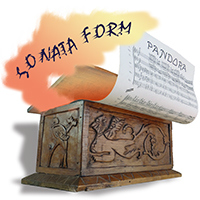 After you hear Haydn’s “Surprise” symphony the first time, will you ever be surprised again? Wednesday night, Michael Tilson Thomas and the San Francisco Symphony played Mark Volkert’s Pandora for the first time, and it was full of surprises. Unlike those from the box of the work’s namesake, however, the surprises emanating from Volkert’s pen were gratifying and exciting. But even before the thrill of Pandora, I was surprisingly surprised by a piece I’ve heard a hundred times, equally full of deft orchestral twists and turns, Richard Strauss’ Till Eulenspiegel. Why was this so? And yet why did Beethoven’s Piano Concerto No. 5, with Yefim Bronfman at the keyboard, not surprise me a whit, despite its unconventional placement as the sole work after intermission?

Volkert, as the Symphony’s Assistant Concertmaster, is one of the few regular orchestral players to take up composition. Many soloists have, as well as conductors. Perhaps readers will remind me of more, but only Antonín Dvorák, Edward Elgar, and Franz Schmidt stick out in my mind as a composer situated like Volkert. Schmidt played as a cellist in the Vienna Philharmonic, and claimed his music was suppressed by its conductor, Gustav Mahler, out of jealousy. After Mahler’s death, the man’s music blossomed (the S.F. Symphony performed his Fourth symphony not too long ago).

No Schmidt problem for Volkert! MTT has performed Volkert’s music on other occasions, and praised the orchestra’s violinist lavishly in a short intro before beginning Pandora. I happily join in the praise: Volkert is a master of his sphere as a string player: Many other works like Pandora for string orchestra alone develop a sameness of tone after a while — not so with Volkert. What he self-effacingly called his music’s “shameless gimmickry” in the lively preconcert interview moderated by Scott Foglesong kept the audience on its toes at all times.

But the many tricks were just pungent aroma emanating from the meatiest elements of Volkert’s remarkable composition.

Some of the tricks up Volkert’s sleeve included the many individual solos that were handed out, most notably Principal bassist Scott Pingel, who did a great job playing double stops as well as letting fly with other virtuosities. Another ploy, to striking effect, was a phrase on a solo cello taken up, one by one, by three other solo cellos until a quartet of them were sawing away. Another was a set of mysterious harmonics from the violins prior to the “opening of the box” that started the piece proper.

But the many tricks were just pungent aroma emanating from the meatiest elements of Volkert’s remarkable composition: two ear-grabbing themes, energized passage work, and a satisfying, rock-solid structure in the biggest surprise of all — sonata form. How old-fashioned, even dangerous, for Volkert to announce to the public his piece was in a passé approach perfected by Haydn and Beethoven, and reviled by some High Modernists years ago as a procedure with nothing new to offer. Yet Volkert’s use of it sounded refreshing to me. Sure, all the parts were there: Introduction, First Theme, Second Theme, Development, Recapitulation, Coda. But the relatively long delay before the Second Theme was introduced was a nice surprise (among so many others).

And such great themes: a vicious and jaunty, Bachian first theme that propelled the music forward apropos to the woes out of Pandora’s box, and a songful second theme exploiting the interval of a minor third (characterized by Foglesong as “Like the bridge passage in the song ‘Over the Rainbow.’”) MTT tried unsuccessfully to get Volkert to admit his second theme was the Hope left at the bottom of Pandora’s box, but the composer wouldn’t bite on that one. If this piece gets the many future performances it deserves, the appellation may stick whether he likes it or not — the theme fits the glove of aspiration too well.

No question, the Volkert was a great experience to hear, the first time. If the piece has the deserved but sad-to-say unlikely future of becoming a classic, its surprises will be less Volkert’s and more the performers, as demonstrated by the other works on the program. MTT took the Strauss on the heavy-handed side, blasting its tuttis and fortissimos, something I appreciate in the ethos of coarse German humor. But more than that: With little rubatos and variations in dynamics here and there, the conventionalities were avoided, and the music came alive.

With the Beethoven, there were no surprises: Note-perfect, powerful playing by Bronfman was as expected from prior hearings of his pianism. However, subtlety is not one of his strong points: None of the “little stuff” I heard from MTT in the Strauss shone out to me. It must be said, however, that many in Davies hall were pleased, and provided Bronfman and orchestra with three curtain calls of gratitude. If this had been my first acquaintance with the “Emperor” of concertos, my reaction would’ve been different. Instead there were but dual rulers of the Kingdom of Pleasant Surprises, their majesties Mark and Richard.