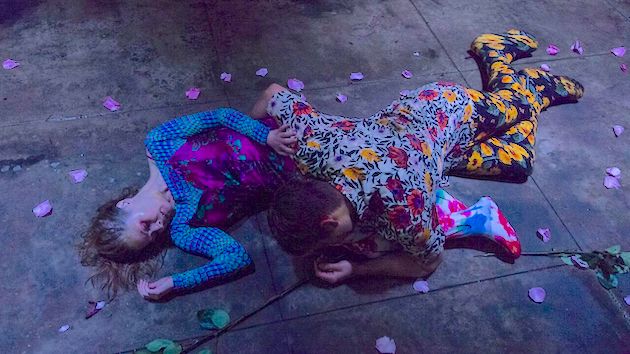 Chimes clang. A piano sends up oscillating shivers. The strings weep and mourn.

All the spooky musical atmosphere serves The Rose Elf, a chamber opera based on a Hans Christian Andersen tale (rooted in The Decameron), with music and libretto by Los Angeles composer David Hertzberg. Haunting, seductive, and strikingly well performed, the Swan Studios recording debuts, fittingly, on Halloween. 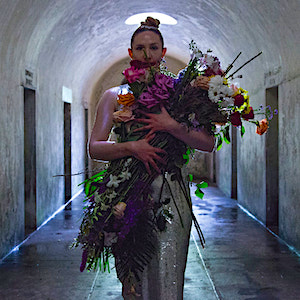 The story is both spare and psychologically gnarly. Narrated by the eponymous elf (the insinuating mezzo-soprano Samantha Hankey), who can fly about and embed himself/herself in flowers, a tragic love story unfolds in two acts. Grief-stricken by the murder of her lover (tenor Kirk Dougherty as Horus) by her own brother (the scarifying bass-baritone Andrew Bogard), Luna (soprano Sydney Mancasola) exacts an eerie revenge with a potted jasmine plant as her secret weapon.

First developed by the intrepid Opera Philadelphia, Elf premiered in 2018 at Brooklyn’s Catacombs of Green-Wood Cemetery. Stage directions indicate a substantial use of scrims in the physical production. A fair amount of crepuscular dance is called for as well.

Mired in single-note chants or sent off on lyrical swoops and frenzied melismas, the singers are at once intensely human and fantastical phantoms. Their transfixed calms and melodic spasms drive the opera, yet the characters seem helpless in the face of propulsive forces. They are free agents in fate’s grip.

The composer’s flair for colorful and sometimes manic orchestration creates plenty of heat and light. But there’s a keen musical intelligence at work, evident in certain penetrating figures (a stepwise descent in the strings) that recur in different guises.

Th music has a near medieval cast at times. Elsewhere it’s reminiscent of Debussy, Berlioz, or Philip Glass. The score turns bluntly theatrical, with traces of horror film scores. Yet all the variety serves a purpose. Every scene and plot point feel carefully, tellingly deployed. When, to choose one example, the brother taunts his near catatonic sister, he does so in short, clipped phrases offset by alarming, erratic percussion thunderclaps.

The Elf’s aria at the top of Part II, by contrast, is gorgeous, wonderstruck, and empathic. Later on it turns piercingly anguished. Moods and emotions are labile, volatile, unstable.

There are times when Hertzberg does lay it on a bit thick. He’s a little too taken with those ominous chimes. And the language sometimes labors effect, as here, in this pile-up of sibilants:

Whose flesh is more supple than the softest earth,
Taking in its sweet perfume,
And in perfect, simple happiness,
Sink softly into silent sleep.

The performers, led by Hankey’s captivating turn in the dominant title role, are all first-rate. The singing radiates conviction, character, and a delectable psychosexual ripeness. The mounting crescendo of voices in the final scene is a kind of apotheosis, beyond language or rational comprehension. The Rose Elf becomes what it’s about — a full-body spirit possession.

David Hertzberg’s The Wake World is a sumptuous pleasure house of music.

A New Recording of Proving Up Crackles With Energy

The Florentine Opera gives the nonagenarian composer’s latest a serious makeover on a new recording.