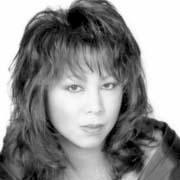 David Bratman on October 26, 2009
Cadenza is a well-known term in classical music, and now it’s also the name of a local orchestra. The 14-member string ensemble formerly known as the Santa Cruz Chamber Orchestra has changed its name in hopes of establishing a more distinctive moniker, and gave its first concert Saturday under the new name at Holy Cross Church in Santa Cruz.

Music Director Maya Barsacq is partial to imaginative thematic programs. In opening remarks, she described the three composers on this concert — Arthur Honegger, Peteris Vasks, and Dmitri Shostakovich — as composers of hope. Whatever darkness may occur in their works, there is something encouraging or promising in the end.

Maybe not all their works. Late Shostakovich can be terminally depressed. Certainly the ones in this concert qualified, at least.

Barsacq could also have mentioned that two of the three offerings include, along with the string orchestra, a part for a trumpet. She didn’t have to say anything, though, because the guest trumpeter, Owen Miyoshi, was right there at the front of the stage. His role is quite extensive in Shostakovich’s Piano Concerto No. 1 of 1933, one of the composer’s early, “cheeky” works. Holy Cross Church’s deep, resonant acoustics, which add such richness to the strings, were also kind to the trumpet, putting the shine on Miyoshi’s fast mottos in the finale and his warm warblings in the slow movement.

The sonic environment was a bit more problematic for piano soloist Brenda Tom. Space restrictions put her and the piano on the audience floor, below the orchestra, tucked away in a front corner. From there her sound was a little dampened, at least on the other side of the floor where I sat in hopes of finding acoustic balance. Through the bass rumblings it was possible to detect a strong player with clear articulation and an invigorating energy. The performance was brisk and concise, without being garrulous or flippant. The orchestra did its part in keeping the work on track, giving bow tappings and glissando slides as musical contributions rather than as sound effects or comic relief.

The other works on the program were more of a challenge for the orchestra. The players kept good ensemble, though the intonation could have used more rehearsal.

Saucy Composer in a Dark Mood

Honegger had started out in the 1920s as one of the saucy members of Les Six. He was the one who’d written an experimental tone poem imitating the sound of a rail engine. By 1940-41, living in Paris during the German occupation, Honegger was in a more serious frame of mind. The Symphony No. 2 that he wrote then has a dark mood, similar, in fact, to the works Shostakovich was writing during the war. There is no trace of French urbane sophistication in this symphony. It has mournful and craggy themes, and breaks out into a jagged cheerfulness in the final movement. At the very end, the dark string-orchestra sound is enriched when the patient trumpet finally enters, doubling the first violins in a buoyant chorale melody over a churning accompaniment.

Helped by the acoustics, Cadenza smoothed out some of that craggy and jagged quality, turning the symphony into a contemplative work of rich sonority. The many solo parts for lead instruments, even the double bass, were alterations in sound quality rather than acts of individual expression.

The one work on the program without any trumpet was Cantabile by Peteris Vasks. An eminent contemporary Latvian composer, Vasks wrote this brief work in 1979 as an experiment at being as dark and brooding as possible in a purely diatonic (white-note) scale. He does this by alternating rich lyrical passages with aleatoric episodes, where the musicians perform independently of each other, choosing their notes at will from a specified set of pitches. In Cadenza’s hands, these sounded less chittery than in other performances I’ve heard. These musicians’ Cantabile was more unified than — as Vasks often is — a sequence of contrasts.

Altogether, this was one of those interesting and rewarding programs that enlivens the musical life of Santa Cruz and that makes even a trip over the hill from the Bay Area a worthwhile experience.