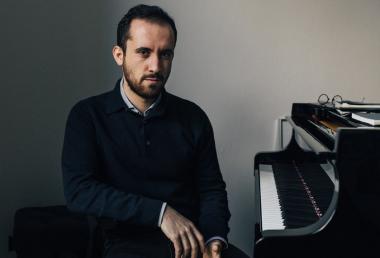 Pianist Igor Levit Is on a Mission

Long before the pandemic hit, Igor Levit was a musician on a mission. An avid practitioner of social media, the 33-year-old German-Russian pianist has long used his popular online platform as well as public appearances to advance progressive views on social justice, climate change, and other issues.

Levit’s passion is not only political but deeply personal. In an extraordinary 2018 recital at the Herbst Theatre, presented by San Francisco Performances, the pianist paid moving musical tribute to a close friend who had died. His concurrent CD Life became a lasting memorial. Here, unmistakably, is an artist who thinks, feels, and acts intensely. 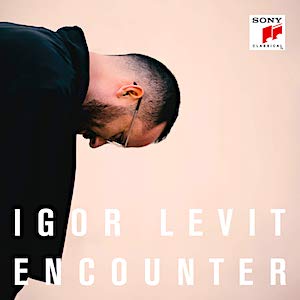 In March of this year, when the coronavirus stilled concert halls, Levit wasn’t about to stay silent. He webcast a series of over 50 nightly performances from his Berlin apartment. A virtual audience responded with gratitude and fellow feeling from around the globe. The German president invited him to transmit one night from the regal Schloss Bellevue. Writing to The New Yorker’s Alex Ross, Levit remarked that while he is often in tears in these dark times, “The existential must of music-making really becomes bigger and bigger by the minute.”

The first disc is given over to the chorale preludes, 10 by Bach and six by Brahms. All are arranged by Busoni, a composer whose famously thorny piano concerto Levit has championed. Levit’s fearless artistry and intelligence knows no boundaries.

Encounter is an apt term for the way Levit plays Bach. Nothing is taken for granted, nothing delivered with the austere reverence that can sometimes coat the composer in a marmoreal glaze. Levit signals his intention to make the chorale preludes live and breathe right from the start. “Komm, Gott Schöpfer, Heiliger Geist” (Come, God Creator, Holy Ghost) gets an exultant hoist, full of light and propulsion. The famous “Wachet Auf” (Awake) follows immediately, executed here with an almost childlike limpidity and innocence.

Levit takes a different approach with the Brahms chorale preludes, opening the weave to wind the inner voices together, muse on shifting harmonies and lean into chord patterns. The effect is patient, meditative, sometimes bittersweet, occasionally bombastic. (Levit’s drive to push the envelope can do some damage now and then.)

Running nearly a half-hour, Feldman’s Palais is a late minimalist marvel composed a year before his death. Levit gives its widely spaced notes, haunting intervals and brimming silences a sense of wonder. At times he seems to be creating a kind of aural ventriloquism — of softly plucked strings or a gamelan’s reverberant glimmer.

How far, in one sense, this seems from the refulgent Bach chorale preludes that open Levit’s Encounter. And yet, in this globally minded pianist’s connective vision, his musical light shines and reflects in unexpected ways. Levit makes just about anything he touches brighter, keener, and more vividly present.

Igor Levit: A Pianist Reacts to Living in Interesting Times

The energetic artist has time for music, politics, people and is always ready to get involved.

Each étude, prelude, and little musical moment is polished, precise, and personal on this Deutsche Grammophon release.