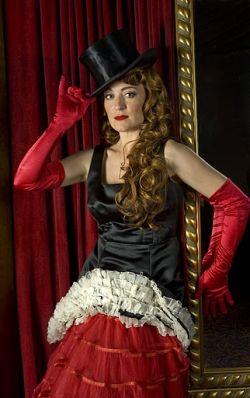 A Rare Orphée Descends, but Bluntly

When it comes to operas based on the myth of Orpheus, Gluck’s Orfeo ed Euridice will always top the charts. But Philip Glass’ Orphée earns high marks as a 20th-century alternative. In the right hands, the composer’s 1993 score can yield a shimmering evening’s entertainment. It just deserves a better production than the blunt, charmless staging mounted by the Ensemble Parallèle at Herbst Theatre over the weekend.

Saturday night’s opening performance, which repeated Sunday afternoon, generated considerable local interest. Ensemble Parallèle, the resident ensemble of the San Francisco Conservatory of Music, has built a strong reputation in recent seasons for presenting rarely staged chamber operas. And, though much of Glass’ music has been performed in the Bay Area, Orphée apparently had never been done here, so the new production was billed as a San Francisco premiere.

Yet, if this was a welcome premiere, it wasn’t a particularly polished one. Despite assured musical direction by conductor and Artistic Director Nicole Paiement, the production, directed by Brian Staufenbiel, missed much of the opera’s appeal.

Orphée is an unusual hybrid. Based on the 1949 film by French surrealist Jean Cocteau, it retells the Greek myth of Orpheus, who undertakes a harrowing journey into the depths of the Underworld to reclaim his deceased wife, Eurydice. Glass faithfully incorporates Cocteau’s screenplay in two acts, making Orphée a French poet living the life of a Parisian artist; the opera opens in a cafe, with characters standing around, talking, and drinking coffee. Everyone smokes, and listeners hear the urban sounds of cars and motorcycles; a special radio, presented to Orphée, brings him voices from the Underworld along with poetry by Apollinaire. A glamorous Princess arrives to summon the spirits of the dead, and her chauffeur, called Heurtebise, does her bidding in baleful submission. Orphée, besotted, makes his journey into the depths as much in pursuit of the Princess as to rescue Eurydice.

Glass’ score serves Cocteau’s vision handsomely. The chugging ostinatos and repeated rising figures of the composer’s minimalist early days are still in evidence, but the music reveals a more refined elegance and, in episodes such as the Act 2 trio, a mature, insinuating power.

Visually, though, Staufenbiel’s production tended to undercut the musical attractions. Where Cocteau’s film was breezy, poetic, surreal, and undeniably French, this production rendered it leaden, overstated, and mundane. The director set a risible tone in the first few minutes with film of Orphée (baritone Eugene Brancoveanu) intoning his own name in French (the accents varied from character to character throughout the evening) and offered a muddle of settings thereafter. A backdrop of wood-slat crates gave the stage a makeshift look, and a group of circus types — jugglers, aerialists, and clowns — was ever-present in the background. Orphée and Euridice occupied a tiny bedroom and kitchen with a chrome dinette, like a couple in a ’60s sitcom. The Underworld, where a judge in a gargantuan powdered wig presided over Orphée’s trial, resembled a down-market Cirque du Soleil. Passage between the two worlds — made through a liquid-surfaced mirror in Cocteau’s film — was achieved here through a roue cyr, or large circus hoop. The result was a rough approximation of the original. Orphée depends on beauty and mystery; in this production, everything felt exposed and overstated.

The cast performed with varying degrees of success. The evening’s standout was Marnie Breckenridge; as the Princess, the soprano sang with lithe tone and dramatic assurance, tracing an alluring trajectory from hauteur to icy desperation. Brancoveanu brought a measure of anguish to the title role, though his outsized baritone, often sounding unfocused, ranged from loud to louder. Tenor John Duykers, his voice revealing occasional strain, invested Heurtebise with pathos. Susannah Biller was an eloquent Euridice, and tenor Thomas Glenn made the most of the reduced part for the poet Cégeste. Philip Skinner’s Poet/Judge, Austin Kness’ Policeman/Commissioner, and Brooke Muñoz’ Aglaonice filled out the cast capably.

If Staufenbiel’s staging disappointed, Paiement’s music direction often sufficed. Leading a 14-piece ensemble, the conductor drew a brisk, vivacious performance of the score, seamlessly integrating the repetitive figures and extended episodes, dance hall quotes, and surging, pulsing music of the final scene. The performance lay in the details — the chirping, fluttering music as Heurtebise reassured Euridice, Calisa Hildebrand’s lovely flute solo as Orphée dreamed of the Princess — and Paiement made it all register with distinction.