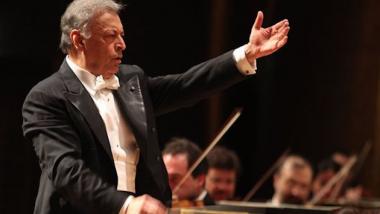 A Recovering Mehta Sparks the Old Magic with the LA Phil

Prospero at the center of the storm summoning forth thunder and lightning; the Lion King, magisterial atop Pride Mountain, the undisputed ruler of his domain. That’s the presence and the persona that Zubin Mehta manifested during his tenure as music director of the Los Angeles Philharmonic from 1967 to 1978. He liked to think Richard Strauss composed Ein Heldenleben (The Hero’s Life) just for him.

The arrival of Zubin Mehta marked the beginning of the modern age of the Los Angeles Philharmonic and its identity-defining commitment to youth. Just 26, Mehta was the first in a succession of under-30 wunderkinds that have led the orchestra, including Michael Tilson Thomas, Simon Rattle, Esa-Pekka Salonen, and now Gustavo Dudamel. It was Mehta who hired the young rising star Calvin Simmons as an assistant conductor, who went on to direct the Oakland Symphony, at age 28. (He then died tragically in a canoeing accident at the age of 32.) 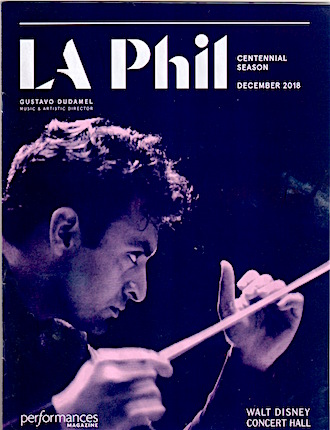 The photograph of Zubin Mehta that occupies the cover of the LA Philharmonic’s December program shows a dashingly handsome young man with the intense gaze of a cobra and a baton for a fang.

That, sadly, is not the Zubin Mehta who had to be assisted onto the stage Thursday for his first in a series of all-Brahms programs at the Walt Disney Hall. Clearly frail, having recently battled a cancerous tumor in his shoulder that required surgery and chemotherapy, and now hobbled by a painfully weakened hip, Mehta nevertheless was determined to walk on stage— a wheeled alternative was inconceivable for the 82-year-old maestro.

Unable to stand for a prolonged period, Mehta was forced to conduct the Piano Concerto No. 1 in D Minor, Op. 15, with Yefim Bronfman as soloist, and the Symphony No. 1 in C Minor, Op. 68 sitting down. And all though he may be weakened and unable to conjure up the tempestuous podium persona he commanded for so long, there was never any doubt that Mehta was in charge of the performance.

Thursday’s performance combined with a great deal of mutual love and respect with the comforting sense of knowing exactly where you are. It was a reunion of old friends seasoned by years of shared experiences and musical forays. When the confidence level is as high as it was Thursday, the outcome never was in doubt.

Throughout the concerto Mehta and Bronfman were in superb coordination, balancing the orchestra and Bronfman’s phrasing, which varied from delicacy to pugilistic. Mehta’s arm gestures and baton indications were pared down to the essentials of tempi, time signatures, balance, and attacks. I have no doubt that Mehta’s eyes were as laser-focused as ever.

Through the course of the lengthy first movement, Bronfman and the orchestra engaged in a dynamic power exchange. The boldly ominous orchestral rumblings that provide the concerto’s introduction were answered by a first statement from the piano that was, by comparison, understated, with a hint of trepidation. But Bronfman then unleasheed an arsenal of strength.

The aggressive exchanges of the first movement turned poetic and reflective in the second movement Adagio, with Bronfman weaving poetic, crystalline lyricism. Then the final Rondo rollicked to its conclusion and a standing ovation that was as much a recognition of the past as the present.

The performance of the First Symphony that followed was infused with the strength of vintage Mehta, to which the musicians responded with strength of their own. The sectional playing was outstanding, from the six horns and the trio of trombones to the lyricism of the winds, the conversational exchanges of the divided first and second violins, and the thundering pulsations of the timpani.  It was a performance that gave away nothing to age but was buoyed by experience.