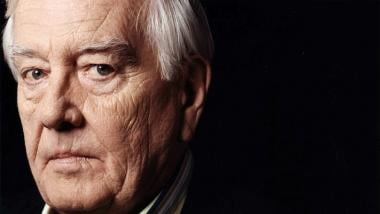 Though the American experimental composer Robert Ashley categorized his major works as “operas,” the term was more convenient than it was descriptive. His landmark television opera Perfect Lives, released in seven half-hour installments in the late 1980s, brings to mind the genre’s scale and weight in the course of rupturing its every convention. With text, music, candy-colored video, and his half-spoken, half-crooned narration, riddled with asides culled from corporate vernacular, Ashley tells the story of four ragtag characters in the Midwest who commit the “perfect crime”: a bank robbery in which the money is returned after a single day.

The members of the composer collective Varispeed have immersed themselves in Ashley’s realms for some time: their performance at a former  Manhattan bank on Friday, April 26, was one of a series of site-specific performances of Perfect Lives segments, and the group also recently starred in a staging of Ashley’s Improvement at The Kitchen this past February. At the new music and performance initiative Qubit’s Unwellness Center, a converted Santander Bank in the East Village, Varispeed delivered Perfect Lives’ third act, “The Bank,” in which the robbery occurs, not to be outdone by the presence of dogs arguing in Spanish and the travails of an eloping couple.

Like funk troubadours in their neon bomber jackets, wigs, and sunglasses, Varispeed — with Gelsey Bell on vocals and keyboard, Paul Pinto on drums, Dave Ruder on guitar, Aliza Simons on tuba, and Brian McCorkle as the narrator — threw themselves into the work. McCorkle paced in front of the band, a battered copy of the Perfect Lives libretto in hand, preaching the details of the topsy-turvy robbery as though the text were second nature. His breakneck recitation of the installment, alongside outbursts from the band, imbued the saga with caffeinated whimsy.

Gelsey Bell made her first appearance that evening with a song excerpted from her work in progress, Within. Bell’s singing and songwriting activities stretch from Broadway, where she originated the role of Princess Marya in Natasha, Pierre, and the Great Comet of 1812, to more experimental realms as part of collaborations with Kate Soper, Joan LaBarbara, and the performance collective ThingNY, in which she is a core member. Under distortion that likened her voice to radio feedback, Bell delivered a meditation on brokenness and origination while accompanying herself on a daxophone, an instrument invented by the musician and artist Hans Reichel in the 1980s.

Composed of a wooden soundboard and resonating “tongue” and played with a bow, the daxophone, whose sonic capabilities draw from an expansive catalog of screams, moans, growls, and purrs, telescopes the resonances of a day at the zoo. The instrument earned its name from the German word for badger, Dachs, which — as Reichel discovered in the course of listening to a Swedish field recording titled Mammal Voices of Northern Europe, Vol. 1 — is capable of generating no fewer than 16 distinct calls. Bell’s version of the instrument, designed by the composer Daniel Fishkin, features an amplified soundboard upon which the player sits in order to bow the resonating “tongue,” the daxophone’s primary source of sound. Bell made agile use of this kaleidoscopic range, shaping the instrument into a powerful partner for her lithe voice.

The poet Vanessa Place and composer Alec Hall’s When Freud and Lacan say the unconscious knows only one sex … sound always comes first was a diligent attempt to mask intellectual vacancy with academic airs. Hall triggered sounds from his laptop that Place, swamped in a long black dress and hoisting a thick gold chain over her shoulder, would then name for a level of exchange that owes a significant debt to Sesame Street. If there existed a tongue-in-cheek element, it was overwhelmed by Place’s error-strewn delivery, which spanned from speaking the name of the sound before the sound had finished playing to neglecting to detach her microphone wires when she strode off, such that she was immediately yanked back to center stage, as though there had been any call for an encore.

Jennifer Gersten is a violinist pursuing her DMA at Stony Brook University. She is a senior editor for Guernica: A Magazine of Global Arts and Politics, and has held internships at NPR Music and The Blade, a paper based in Toledo, Ohio. Her reporting, essays, and music reviews have been published or are forthcoming in The Kenyon Review Online, The Awl, NPR Music, Guernica, Harvard Magazine, WQXR, and Bachtrack.

Fresh works highlight the latest installment of the flutist’s quest to build a new repertory for her instrument.

The premiere of Wolfe’s Fire in my mouth is timely in many ways.