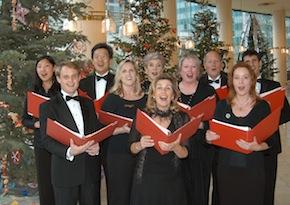 Johannes Brahms never cared for the name given to his Ein deutsches Requiem (A German Requiem), and no wonder.

There is nothing nationalistic about this great work, which is not a traditionally Christian one either. Christ is not mentioned in the text, and both Old and New Testament passages are used. Rather, it's a profoundly spiritual and life-affirming message to and about the mourners, not about souls of the dead navigating through hellfire and damnation.

And yet, soon after Michael Tilson Thomas' downbeat Thursday night, at the beginning of yet another grand performance by the orchestra and an unforgettable one by Ragnar Bohlin's brilliant SFS Chorus, I was left thinking: "What's German?"

Against the landmark Otto Klemperer-Philharmonia recording, live performances I have heard with Herbert Bloomstedt, Helmuth Rilling, and many others — all characterized by a brisk, straightforward, unsentimental, and, well "German," approach — this was something different.

Following the magical, whisper-quiet opening by the Chorus (when did Davies Symphony Hall's acoustics improve this much?), the low strings embracing the first sopranos' angelic sound, there was that difference, nothing major, more a matter of shades. It was a softer, more lyrical, more romantic sound that's the "standard."

And, just as the question of an "Italian Requiem" began arising, another stereotypical, but not entirely wrong generalization came to mind. The young, whatever their nationality, tend to be more romantic than their elders. Brahms wrote most of the Requiem as a twenty-something, and even when it was finally performed, in 1867, he just turned 34. For anybody, but especially a composer who was 43 when completing his first symphony, that's young — and MTT's take can be justified.

Beyond approach and style, what really matters is the quality of performance. Judging by the second movement, it was thrilling. "Denn alles Fleisch es ist wie Gras" (For all flesh is as grass) is repeated four times, in very different ways. MTT's interpretation, and the glories of the SFS Chorus were in their full flower.

The initial appearance of the phrase was mezzoforte and almost hesitating, the second time massive, the third dignified and accepting, and the fourth just overwhelming. Chorus and orchestra continued throughout the work with the same excellence, although in the last two movements diction lost some of its initial crispness. Tenors and baritones near the end came close to sounding ragged, but the ladies, bless 'em, were always at their best.

Giving the two soloists — each singing a few minutes — prominence in a review is an unfair, but unavoidable necessity. I'd rather acknowledge 90 minutes of superb work by the violas of Jonathan Vinocour, the cellos of Peter Wyrick, and the basses of Scott Pingel, and yet Brahms' featuring of the two solo voices cannot be ignored.

In the event, it's a pleasure to say that the single short aria sung by Merola/Adler alumna soprano Jane Archibald, "Ihr habt nun Traurigkeit" (Sorrow is yours now), took off from a tentative start to a bright, soaring interpretation, and bass-baritone Kyle Ketelsen's two arias were impressive.

Emphasis on the lyrical extended to the evening's offering of "new music," Schoenberg's Five Pieces for Orchestra... from 1909. The fact that a century-old piece is still considered "new" is due to the fact that it comes from a period between Schoenberg's ultra-romantic phase (of Gurrelieder, etc.) and his role as the frightening apostle of 12-tone music.

While the romantic sound didn't peak until the second movement ("The Past") the opening "Premonitions" was also gorgeous, Wyrick and Vinocour shining in these two. The melancholy "Summer Morning by a Lake" and the two concluding movements were technically brilliant and emotionally eloquent. The genuine — not obligatory — applause that followed proved the convincing power of performance over daunting material.

Bohlin conducted a 17th century a capella motet to open the concert, giving more than a mere introduction to the excellence of the SFS Chorus. The purity of the first sopranos, the cohesive sound of the entire chorus was magical in Heinrich Schütz's "Ich bin ein rechter Weinstock" (I am the true vine).