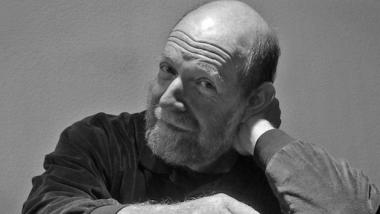 The great jazz drummer Matt Wilson has long encouraged his colleagues to invite audiences into their music. In an art form that’s supposed to celebrate spontaneous invention, he points out that most jazz performances are bounded by conventions that leave many listeners on the outside. At clinics and masterclasses he’d pass out a homemade flyer with a series of questions, directives, and suggestions designed to steer young musicians away from long-entrenched jazz clichés. “Why is the bass solo last?” “Will the intent of entertaining diminish the art form? Nope!” “Celebrate your community, jazz musicians love to collaborate! Welcome the cats,” and “Please maintain a sense of wonder!”

At 75, pianist Art Lande is a generation older than Wilson, and he’s probably been using many similar ideas and tactics since the drummer was a tot. But it was impossible not to think about Wilson during Lande’s performance at the California Jazz Conservatory’s Rendon Hall Tuesday night as part of the school’s Way Out West series focusing on original music. A loose and adventuresome concert with several interpolations of verse by Colorado poets recited by Lande, the performance unfolded as a series of unpredictable conversations. A sense of wonder was maintained.

Lande is one of jazz’s great underground influencers, a supremely inventive improviser who earned an international reputation in the 1970s recording beloved albums for ECM, particularly with the band Rubisa Patrol. Living in Berkeley in the mid-1970s he opened a jazz school in his house, a venture that presaged a lifetime of teaching and mentoring that took him from Seattle’s Cornish College of the Arts to Boulder’s Naropa University.

Along the way, he’s played an essential role in shaping dozens of excellent jazz artists, three of whom joined him at the CJC. Trombonist Rob Ewing and drummer Jason Levis meet each other as students of Lande’s at Naropa in the 1990s, while trumpeter Josh D Reed studied with the pianist at University of Colorado Boulder. The only previously un-Landed player was the redoubtable bassist Lisa Mezzacappa, whose fierce but centered playing provided a rhythmic tether wherever the music wandered.

With Reed caught in traffic, Lande opened the concert with a peripatetic solo piece that traversed gentle dissonance, plucked strings, and ringing chordal clustered sustained until the last vibration was audible. Reed’s arrival brought the band to the stage, and Lande recited the first of half a dozen poems, some read from books scattered on the piano, some half-sung, with at least one an impromptu verse he seemed to conjure on the spot.

In one of the most delicious moments of serendipity, Lande crooned a song in a made-up language. The performance brought a little grin to vocalist Lorin Benedict in the first row. The renegade improviser has spent some two decades honing a vocal approach using a self-invented vocabulary, a practice distinct from scatting that Lande evidently has also explored.

On a piece that opened with a verse about puppets, Lande left the piano and walked to the back of the room with a melodica, restating a sing-song melody while Reed flanked him on the other side of the room. The concert’s most striking piece was Ewing’s love letter to Dewey Redman, “For Dewey,” a bright joyously buoyant melody with overlapping lines that brought to mind Ornette Coleman’s “Una Muy Bonita.”

The concert closed with another lovely Ewing tune, “Number 5,” preceded by a particularly poignant verse that ended with the line “The snow is silent, and still it sings.” Played through once with no solos, the brief piece was encapsulated the sense of communal discovery on stage while asserting that this particularly musical moment would not happen again.

Lande will be back in town however performing duo with SFJAZZ Collective pianist Ed Simon at Piedmont Piano on April 27. Levis returns to the CJC on April 23 for a night of original music with his septet featuring Mezzacappa and Ewing. And the Lisa Mezzacappa Six plays her original music inspired by Italian fantasy author Italo Calvino at SFJAZZ’s Joe Henderson Lab on March 2.

The scion of an esteemed jazz dynasty brings a new quintet to Walnut Creek.