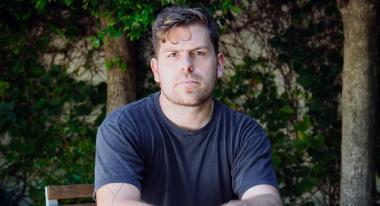 Wherever he may be, composer Piotr Ilyich Tchaikovsky must be grimacing every time an audience falls for the faux ending of his Sixth Symphony in B Minor, the “Pathétique,” by clapping after the third of its four movements. It happened again last Friday, October 2, at Davies Symphony Hall, with Michael Tilson Thomas conducting the San Francisco Symphony.

The confusion is understandable: Both the gloomy opening Adagio and the crippled waltz that is the second movement of the Pathétique end in dark quietude. But the upbeat third movement is a propulsive, rousing march which goes out on a very satisfying brassy climax. It almost invariably draws applause.

And then Tchaikovsky hits the listeners over the head with the Pathétique’s real finale: an Adagio Lamentoso that is a highly personal statement of profound sadness and pain, which ends with a pulsating heartbeat in the double basses that fades away into nothingness.

For MTT, who conducted the piece with the score unopened, and the members of the S.F. Symphony, the Pathétique is familiar terrain. They took Tchaikovsky’s emotional account and carefully worked it to its full, gut-wrenching effect with beautiful solo and ensemble work from the brass and woodwinds.

The Pathétique concluded a concert that opened with the West Coast premiere of Dispatches, a composition by American composer Ted Hearne (b. 1982), co-commissioned by SFS and the New World Symphony (NWS) in Miami, MTT’s other orchestra, of which he is founder and artistic director. Dispatches was led by 25-year-old German conductor Christian Reif, who recently concluded his first season as Conducting Fellow at the NWS and made his SFS debut with these performances.

As he yielded the baton to Reif, MTT called Dispatches an “extraordinary … stream of consciousness concerto for orchestra which goes through many different styles.” Hearne himself says that Dispatches is about bringing the sounds of the outside world into the space of the concert hall and calls it “a good piece for someone who wants to see the orchestra strut their stuff.”

There is very little to add to these statements. Hearne created a lot of stuff for the orchestra to strut, in his sonically colorful, richly textured composition. But the piece was all about sound and sound experiment, rather than about melody and emotion. Hearne introduces feedback, amp noise, and distortion by adding an electric guitar and bass guitar to the orchestra, and his musical themes are short, mostly percussive snippets that break up, dissolve, and organically grow and shrink.

Unlike Dispatches, Samuel Barber’s Knoxville: Summer of 1915 for soprano and orchestra is all about melody and emotion. With a text by American writer James Agee, this “lyric rhapsody” describes an idyllic summer evening in the South as remembered by a child who is about to fall asleep amidst the sounds of grown-ups, sitting on their porches and talking while a streetcar passes with clanging bells.

Soprano Susanna Phillips, who was born and raised in Alabama, has a strong connection with the imagery in Knoxville from her own memories of Southern summer evenings, and it showed. As if from personal experience and enunciating beautifully, she casually ‘narrated’ Agee’s gently meandering prose over Barber’s lush and evocative orchestral colors, with her soothing and graceful voice. It was absolutely lovely.