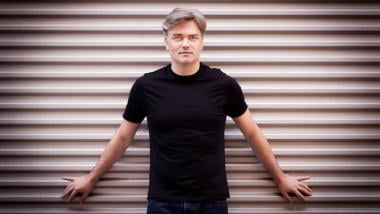 To hear dances written by famous composers, you might think of going to the opera or to the ballet. But on Friday evening at Davies Hall, the San Francisco Symphony, led by conductor Edward Gardner, performed two concert suites: Rachmaninoff’s Symphonic Dances and Michael Tippett’s Ritual Dances. Gershwin’s Rhapsody in Blue, with the orchestra joined by pianist Simon Trpčeski, completed this program, which was as enjoyable as it was interesting.

Tippett’s Dances derive from his first opera, The Midsummer Marriage, which is conceptually modeled after Mozart’s Magic Flute. Unlike many modernists, Tippett believed that scientific rationality was not the only means of knowledge — he studied Jungian psychoanalysis, for example, including Jung’s two archetypes of the unconscious mind, the anima and animus. The pagan themes in Mozart’s opera, as well as its plot involving marriage, accommodate and amalgamate Tippett’s diverse sources of inspiration.

Beginning with “The Earth in Autumn,” each dance title references one of the four seasons, as well as one of the four astrological elements: earth, water, air, and fire. Tippett also wrote a short prelude and brief transitions to stitch his dances together. The prelude opened with bright sounds — including harp strums and birdlike flutes and winds — over sustained brass and swelling strings. Collectively, it sounded like daybreak on some unearthly planet. The accelerating transition was punctuated by a pause-filled brass fanfare, which recurred throughout the work, at times sounding ominous and, at others, almost comical.

Each of the first three dances is about an animal of prey chasing another creature. The first, an Allegro, pitted chipper winds against scary brass. Everyone lived to tell the tale, only to descend into dark and murky “Waters in Winter.” The clarinets showed off here — warming up, perhaps, for Gershwin’s iconic opening smear. (Carey Bell dominated there, too.) Tippett’s third dance sounded like a string-heavy Scherzo. The fourth — and overwhelmingly longest — is subtitled “The Voluntary Human Sacrifice.” It brought back both the prelude’s solo winds and the puzzling, caesurae-speckled fanfares, followed by glorious, riding-off-into-the-sunset stuff.

Tippett titled his autobiography Those Twentieth Century Blues. In light of that, pairing his piece with Rhapsody in Blue seemed smart. The audience loved this well-known piece, even laughing on a few occasions, including when brass players sported “wah-wah” mutes and again when Trpčeski’s stunning, hand-crossing syncopations left listeners shaking their heads in awe. I left wanting to listen to everything Trpčeski has ever recorded, and on Friday, he indulged everyone yearning to hear more with a brief solo encore before intermission: his take on Dave Brubeck’s “Take Five.”

In terms of tempo, Ritual Dances is structured like a symphony, with a fast movement, a slow one, a quasi-scherzo, and a concluding allegro. Even though Rachmaninoff’s Symphonic Dances spans only three movements, it also felt symphonic in scope. And whereas Tippett’s piece represents a calendar year, Rachmaninoff associated his with the passing of a day: “Noon,” “Twilight,” and “Midnight.”

In this piece — the last one the composer ever wrote — Rachmaninoff reflected not only upon the past, but also upon forthcoming death. The first movement is famous for a few reasons, such as its inclusion of both an alto saxophone and a theme from his failed First Symphony. He also gave it a curious tempo marking: Non allegro. On Friday, I was thinking that he meant “Tragic” in the sense of Brahms’s Tragic Overture: not necessarily slow or sad, but serious and solemn.

The first movement combined the quick tempo of an opening Allegro with the gravity often found in a slow symphonic second movement. Rachmaninoff’s actual second movement, a waltz, was a skillful danse macabre. At least after hearing the Gershwin, sometimes it sounded slightly bluesy. Finally — and similar to the final movement of Tippett’s suite — Rachmaninoff’s final dance embodied a death-and-transfiguration idea, with Dies irae references ultimately giving way to a sublime “Alleluia” or “Resurrection” theme.

When I first saw Friday’s lineup, I wondered why these pieces would be programmed together. In hindsight, though, it made perfect sense. For example, all three pieces are unabashedly original; Gershwin’s innovative Rhapsody influenced Rachmaninoff (who was living in the U.S. at the time); and the two dance suites can be appreciated both viscerally and for their metaphysical and psychological implications. While I’m uncertain whether Gardner himself chose the lineup for this — his San Francisco debut — I do hope he returns soon.

Pablo Heras-Casado Is Magnetic and Vivid With the S.F. Symphony

With the S.F. Symphony, the venerable conductor laureate shows how to do more with less fuss.