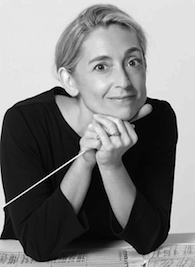 In a lunchtime Singer’s Lab Recital at the San Francisco Conservatory of Music, the school’s New Music Ensemble served up a tantalizing program of nibbles from Kirke Mechem’s 1980 opera Tartuffe. It made the listener hungry for a full meal of this, sly, witty and transporting work.

Based on Molière’s satirical masterpiece of 1664, Mechem’s adaptation premiered at San Francisco Opera and has gone on to lead a rich life in productions around the world. The composer’s own rhyme-enriched libretto has been translated into multiple languages. Listeners from Germany to Japan have witnessed this musical unmaking of the celebrated French hypocrite who gives the play and opera its name.

Even this brief sampler of five excerpts, with a piano reduction of the score, made a strong case for the opera’s appeal. Writing in an exuberant and expressive tonal idiom, Mechem simultaneously appropriates and sends up various operatic styles — verismo, bel canto, Baroque — while managing to put his own distinctive stamp on the material. The sophisticated pastiche fits this story about duplicity and deceit and assorted forms of amorous double-dealing like an expertly stitched glove. In one way or another, the characters are all performing their own lives. Mechem’s way of dressing them up in different operatic styles — and changing those costumes in an earblink — captures the play’s mood and meaning.

While the student singers varied in their vocal delivery and aplomb, they did display a uniform strength of diction and presentation, under Nicole Paiement’s decisive baton. Clearly these young artists are being well trained to make what they are singing understood — not only as lines of speech but as revelations of character.

Soprano Evan Kardon, as Orgon’s temperamental daughter Mariane, married sweetness to a strain of spoiled impudence. Baritone Matthiew Lulofs mustered an aptly lush and unctuous tone for his brief turn as Tartuffe in the final excerpt.

It all came across with minimal stage business. Taking their positions at a line of music stands (or waiting theuir turns in a row of chairs behind) in the snug Sol Joseph Recital Hall, the 11 singers shared roles as they worked their way through extracts from Acts 1 and 2. The program, scheduled for an hour, ran just 40 minutes. But even at that, there was enough music and artistry to convey a sense of the whole.

Several longer numbers were especially effective. Kaganskaya shone in her sometimes fatuous, sometimes scolding praise of Tartuffe. A tartly sarcastic Brown and mock-tragic soprano Emma Rosenthal were especially choice in their funny, touching duet. Tenor Mason Neipp, by unhappy contrast, was pinched and imprecise in his upper register. But he does get bonus points for the afternoon’s most overt bit of acting as the peevish lover Valère. His exit and wishful last line delivered from behind a pillar earned a laugh.

Pianist Elias Corrinth supplied nimble and colorful support from the keyboard. He made the orchestral lines caper, carp or somberly withdraw as needed.

The small house contained an important guest: the composer himself. Summoned onstage, Mechem bowed to the clearly impressed young singers and turned to Paiement to offer his own brief review: “They did very well.”