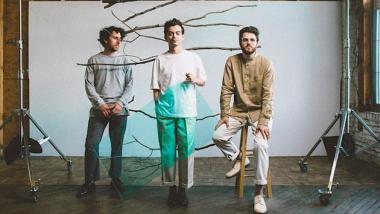 Square Peg Round Hole Makes Music All the Day Long

Often what you don’t hear in a composition — what isn’t allowed due to creative restrictions or is cut with surgical precision — is as important as are the sounds left behind. Meaning the compositional guidelines placed by Philadelphia-based Square Peg Round Hole on Silo Songs, the percussion-based trio’s new recording of four original works, are extreme, but also essential to the EP’s distinctive style. 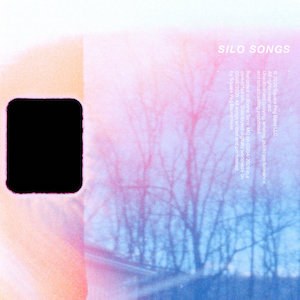 Under the titles Morning, Afternoon, Evening, and Night, the quartet of songs offers tightly edited cuts in lengths ranging from 3:40 to 5:18. Morning announces itself like an alarm clock, but quickly settles into a steady patterned rhythm inflected with perky accents before a suspended ending; exactly the blend of routine and fresh energy you’d want a morning to consist of. Afternoon is bouncy, its typewriter-like percussion accompanied by floating bubbles of electronic pings or overtaken by swelling, water-in-waves layers that add gravitas. Evening projects the band’s eclectic background: pivoting through a riot of colors — new-age-y to pop rock to Arvo Pärt-like bell instrumentation to the stripped-down minimalist lines that end the track and truly define Square Peg Round Holes’ all-embracing, signature style. Night too predictably brings the gentle, contemplative and spectral feel of a night sky filled with stars and clouds that occasionally obscure the shine of a silver moon. It’s well-written and peaceful, if less compelling than the previous three tracks.

Even so — and even in the face of tiresome stay-home orders during the coronavirus pandemic — you can’t help but hope the band remains in lockdown after COVID-19 restrictions are lifted. Their second record, Juniper (2016, Spartan Records), offered similar distinction and was composed in rural Maryland and Wisconsin and recorded almost entirely live in full takes. Judging by the tracks on this new album, more work created in isolation might continue to unleash the full potential of future out-of-the-box-while-in-the-silo/barn studio recordings.

Like overgrown kids playing in a sandbox, this percussion ensemble played a concert of new music that lifted spirits and attracted some young fans.

Danny Clay Builds Music With a Little Help From His Friends

Love It or Hate It: Musicians Come to Terms With Performing for the Camera