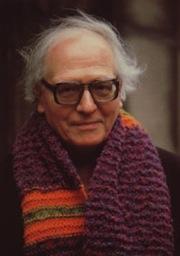 Of Time and Turmoil

David Bratman on March 16, 2010
Saturday’s Music at the Mission chamber music concert, at Old Mission San Jose in Fremont, bore the title “Music in the Time of Turmoil: From Conflict to Redemption.” It featured a quartet for the end of time, and another quartet from after the end of time. It was a solid, meaty chamber music concert: not heavy or overlong, just full of provocative 20th-century compositions related to war or inspired by it.

The quartet for the end of time was, of course, Quatuor pour la Fin du temps, the remarkable work of Catholic ecstasy composed by Olivier Messiaen in a German prisoner of war camp in 1940-41 for the musicians he could find among his fellow POWs: violin, cello, and clarinet, with Messiaen himself as pianist. Its successor is Sparks of Glory, composed by Paul Schoenfield in 1995 for the same ensemble plus narrator. Schoenfield had been commissioned to commemorate the 50th anniversary of the end of the war that Messiaen had lived through. He chose to put music behind texts selected from Moshe Prager’s collection of Jewish Holocaust testimonies of the same title.

Schoenfield’s choice of Messiaen’s instrumental combination was probably not a coincidence. Nor did it escape his attention that this also makes an excellent klezmer music ensemble. Of all classical composers I know, Schoenfield is the most influenced by klezmer, the instrumental folk music of the Jews of Eastern Europe. Much of the music behind the texts is slow and stealthy, lyric or nostalgic, with deep, rather Messiaenlike, piano chords from Aileen Chanco in the first movement. When the texts end, though, the music in two of the four movements rises into a fast klezmer dance, with trills and wailing from Jeff Anderle’s clarinet. In the finale, the character of this dance gradually and remarkably changes from the frantic to a fixed grimace and finally to a kind of joy, reflecting the moral lesson of Prager’s book: that the Jews will remain true to their Jewish character, no matter what indignities and oppression are heaped on them.

In some ways, the narration was the most challenging role in the piece. It was delivered by Julie Wind, with amplification that was adequate except in the scherzo movement, where it got drowned out a little. A trained musician like Wind is needed for this narration; it could not be delivered by a nonmusical amateur, as concert narrations often are. The texts are long and spoken continuously with little break; there are few obvious cues for a nonmusician to keep place with until the sudden arrival of moments where the music and text are tightly aligned, including sections for the narrator to speak in rhythm with the instruments. A good performance requires precise timing. Wind was mostly successful in keeping the deliberateness of this from showing.

The heart of the Messiaen that followed lay, not in the contemplative movements highlighting solo instruments, excellent as they were, but rather in the shorter interludes for full ensemble. Although the first movement took a while to coalesce, the fourth and sixth movements, the “Interlude” and “Dance of Fury,” had the energy and jaunty bounce of Schoenfield’s klezmer dances, mixed with a bit of the humor of Saint-Saëns’ Carnival of the Animals. In the sixth movement, “Tangle of Rainbows,” the instruments suddenly jump in when the music gets going, delivering echoes and glissandos in an eerie, determined style. All of this was quite different from the cold structuralism with which this work is usually presented.

The slower movements, too, partook of this approach. Anderle was robust and brash in his unaccompanied clarinet solo, delivered with full lung-power. Instead of arriving from the distance, his long held notes began strongly, changing character as aspects of the timbre gradually disappeared. Cellist Gianna Abondolo, sometimes buried in the fuller movements, emerged in her solo (accompanied by Chanco’s piano) as a lyrical performer with a judicious delicacy.

Violinist Karen Shinozaki repeated in her solo, with only some difficulty of intonation at the very highest notes, the interesting approach she brought, earlier in the concert, to Leoš Janáček’s Sonata for Violin and Piano. This work earned its place on the program by having been written and revised through the years of World War I. In Shinozaki’s hands it sounded skitterish, an echo of the war rather than a recounting of it. She played with careful lyricism, merging into ghostly outbursts in the finale’s muted rhythmic figures. Elsewhere, in pizzicato notes designed to merge with piano chords in the first movement, and also in swoops in the scherzo, Shinozaki was somewhat hard to hear behind Chanco’s rattling piano.

The fault here may be laid more at the composer and the acoustics than the performer. Chanco was exemplary at merging with the other performers in the supporting chords that form most of the piano part of the Messiaen. Janáček, by contrast, calls for a more aggressive piano, and Chanco appropriately supplied it, overwhelming both Shinozaki and the stucco walls of the church.

Balance was well again in the oddball piece on the program, Dance of the Dictators for piano trio, by Christos Hatzis, an instrumental interlude from his musical theatre work Constantinople. Inspired by accounts of tango parties held by the junta that ruled Greece during Hatzis’ childhood, and intending to evoke the “dance” of competing propaganda before the 2003 invasion of Iraq, this is a work of satirical salon music, in the form of variations on a slinky theme, wild or caustic by turns. Here the strings’ pizzicato notes were steady and easily heard.