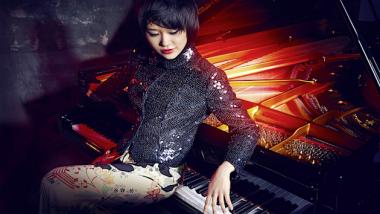 In its second week of the season, the San Francisco Symphony came to grips with a force larger than even the three B’s: climate change. Last weekend’s program, conducted by Michael Tilson Thomas, was an affiliated event of the Global Climate Action Summit, a three-day effort to evaluate and encourage the progress of local efforts to reduce emissions. 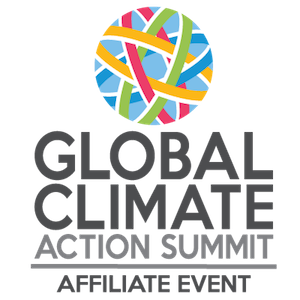 Heavy stuff — but in fact, the most thought-provoking part of the evening preceded the program proper. The first of Abigail Washburn’s two Appalachian songs, sung without accompaniment in the huge Davies Symphony Hall, was stirring. Sarah Ogan Gunning wrote the text in the 1960s, but when Washburn sang of the coal miner calling for revolution, it felt wicked to be so comfortable in my velvet seat.

The three 20th-century works forming the body of the program weren’t relevant in the same way; projections of documentary photography from the COAL + ICE Project (an exhibition currently on view at Fort Mason) seemed to check that box. Instead, the music was sumptuously fun, an excuse to bring on two of Tilson Thomas’s favorites — pianist Yuja Wang and the music of Aaron Copland — as well as an ingenious work by Niccolò Castiglioni, in a multimedia production that the composer had previously mounted with the New World Symphony.

Using half of her regular facility in Ravel’s Piano Concerto for the Left Hand, Wang played more expressively than I’ve ever heard her. Delicate moments, and especially the cadenza’s fluttering cascades, were exceptional. Warmed up, I enjoyed as much Wang’s encore, Rachmaninoff's Prelude in G Minor, Op. 23 No. 5.

In many cultures, weavers intentionally place a single errant thread in their works: nothing created by humans can match the perfection of the higher power, so the reasoning goes. In the same way, one or two misplaced notes toward the end of Copland’s Appalachian Spring were, actually, relieving — the rest of the performance almost unnaturally great.

Fine detailing exploited the turns of phrases. Some moments were appropriately sharp-eyed and crisp, others full of heart, and others still, unassuming. This version runs significantly longer than the suite — too long, to this unbeliever — but even so, S.F. Symphony made a rock-solid case, as it tends to do with the music of this composer.

The world of Castiglioni’s Inverno in-Ver, on the other hand, is immediately unfamiliar. In this glacial realm, high harmonics are the most common notes and traditional orchestral timbres have departed. Though several of the 11 miniatures sound similar, they’re so charming, and the overall sound-world so novel, that this 25-minute work never gets old.

Blocky fanfares devolve into melodrama of comedic proportions. An inane round comes unhinged in an uncomfortably long trill, as if the listener has suddenly come opposite a wall crawling with spiders. The hunting motif from a Paganini caprice, taken up several octaves, sounds only like squeaking mice.

Castiglioni’s 1973 score is about as vivid as they come. We didn’t need any extras, but we got them — video by Clyde Scott and lighting by Luke Kritzeck.

The stock imagery — snowflakes dancing across the screen — makes for great press photos, but on Friday didn’t add to my experience of the music. Castaglioni’s score often benefits from being seen in action with the musicians. Take “The Frost” section, in which a solo force sweeps across the orchestra, starting with the front stands and descending down the line. It’s like a melting glacier spreading its blue water — but we don’t need projections of ice to make that connection, and it’s hard to see the players in the dimmed light.

On the other hand, panels of pastel landscapes, each illuminating with the beat of a chord, enhanced the stillness of “Silence.” And, in the bubbly but inconsequential “The Stream,” twinkling lights made for dazzling, harmless fun.

A Yuja Success With the Santa Cruz Symphony

The great pianist graced a Santa Cruz Symphony concert for the second time this year and the results were just as magical as the first.