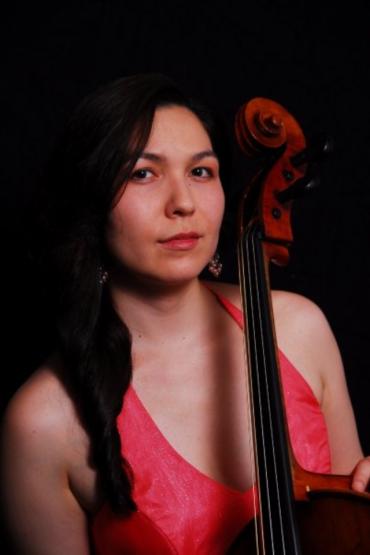 A native of San Francisco, Adelle-Akiko Kearns started playing the cello at the age of 11 and continued her studies at the San Francisco
Conservatory of Music and the Juilliard School with Irene Sharp, Bonnie Hampton, Sadao Harada and Joel Krosnick. The recipient of a prestigious Artists International Award, Adelle made her New York recital debut at Carnegie's Weill Hall in November of 2008.

In 2006 she performed the Japanese premiere of the Korngold Cello Concerto with the Tokyo Philharmonic, and was invited back to perform
the Dvorak Cello Concerto with them the following season. Other solo appearances have been with the Auburn Symphony, Juilliard Conductors' Orchestra, the West Valley Symphony (Arizona), the San Francisco Conservatory of Music Orchestra, the Contra Costa Chamber Orchestra and the Pacific Chamber Symphony.