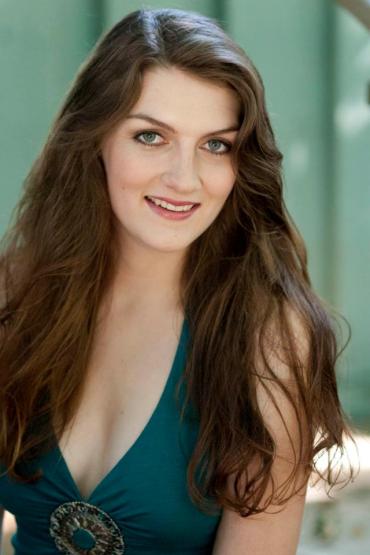 Autumn Allee, soprano, has been praised for her uniquely honest performances that are engaging and emotionally effective for audiences. A favorite in the Bay Area, her 2017-18 season has included portrayals as Elisetta (The Secret Marriage), Leila (Iolanthe), Second Woman (Dido and Aeneas), La Cercatrice (Suor Angelica), and Leona (La Belle Helene), with organizations including Lamplighters, Phènix Opera, and Pocket Opera. Favorite roles performed include Helena (A Midsummer Night’s Dream), Musetta (La Bohème), Donna Elvira (Don Giovanni), and the title role in Suor Angelica. Previously, she was an Apprentice Artist with Kentucky Opera.

Autumn was born in San Francisco and raised in the Bay Area. She holds a Bachelor of Music in Voice Performance from Lawrence University and a Master of Music in Voice Performance from the University of Louisville, where she was supported by a full merit scholarship and teaching assistantship.
In the studio, Autumn is dedicated to creating well-rounded musicians and providing the accessible tools for beautiful and communicative singing. During lessons, she focuses on healthy classical vocal technique which will allow freedom from tension and ease of tone production. Musicality and singing stylistically are emphasized, as well as musicianship skills such as: reading music, sight-singing, ear-training and language skills in German, French, Italian and English. Repertoire is picked based on each student's level, age and interest, and will remain mostly in the realm of art song, operatic arias and musical theater.