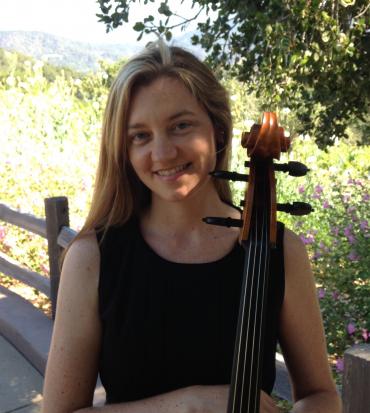 Ms. Bates values her role as a music educator. Before residing in San Francisco she maintained a cello studio of all ages and served as the orchestra director at Edwardsville High School in Edwardsville, Illinois, where her orchestra was nominated and performed at the 2011 Illinois Music Educators (IMEA) All-State Convention. Carli is certified in the Suzuki Method and an active member of the Suzuki Association of the Americas.

Carli Bates received a Bachelor of Music from the University of Nevada, Las Vegas in music education and cello performance, where she studied with Andrew Smith. Her graduate studies were completed at the University of Missouri-Columbia (Mizzou) in cello performance, while leading the Missouri String Project through Mizzou’s teaching assistantship program. Carli studied with Andrew Luchansky at California State University-Sacramento and taught the CSUS String Project under Suzuki pedagogue Judy Weigart-Bossaut.