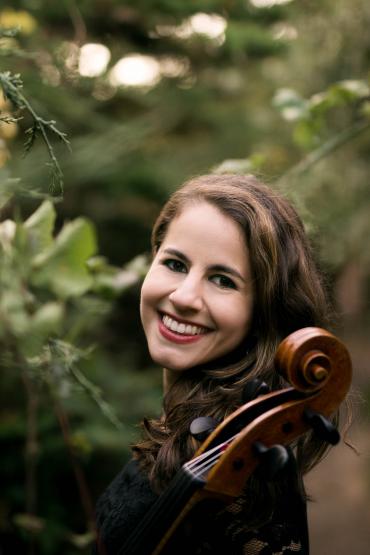 Cellist Carlyn Kessler is a devoted teacher and performer. She works with students of all ages and levels, using both traditional and Suzuki methods. Carlyn tailors her teaching to the student, recognizing the individual’s unique learning style and strengths to develop a personalized approach. She is certified to teach Suzuki cello from Every Child Can through Books 1-10. Carlyn earned her degrees from the Cleveland Institute of Music, where she received her Master of Music in Cello Performance and Suzuki Pedagogy as a student of Sharon Robinson and her Bachelor of Music as a student of Melissa Kraut.

Carlyn has performed extensively both internationally and locally. An avid chamber musician, she was recently selected to be a Emerging Artist Fellow in Chamber Music Silicon Valley's 2018-2019 season, which will include numerous performances of seasoned and contemporary ensemble works throughout the Bay Area, a tour with classical/contemporary world music ensemble Common Sounds, and tour/residency in Tijuana, Mexico. Before relocating to San Francisco, Carlyn was a founding member of the Cleveland Cello Quartet, a genre-bending ensemble of CIM graduates, which was an Ensemble-In-Residence at The Music Settlement in Cleveland, OH. She has performed in a weeklong residency with the Chamber Music Society of Detroit’s Discovery Series, in venues such as Weill Recital Hall at Carnegie Hall and the Chautauqua Institution, and in numerous alternative settings including popular jazz clubs and art spaces.