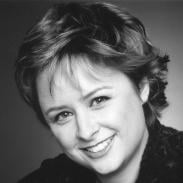 Ms. McCarroll made her orchestral debut under renowned American composer Gunther Schuller. She has worked throughout the US and internationally: Royal Danish Opera, Utah Festival Opera, San Francisco Opera, Opera San Jose, Festival Opera, and West Bay Opera. Member of the 2010 coaching staff of RESONANZ festival-Albany, New York. Also has accompanied famed sopranos Jane Eaglen, Nucia Focile, and Linda Watson; she was musical preparer under Kent Nagano for works by Elliott Carter ("What next?") and Unsuk Chin. As pianist of the vocal-instrumental trio the Mirage Ensemble, taught chamber music masterclasses at Northwestern University, Chicago; as pianist of the cello-piano duo martha & monica, at the Nueva School. She has taught musicianship and theory classes for the San Francisco Choral Society, and coached the piano duo workshop at the Crowden Center for Music. She is a frequently sought-after adjudicator and clinician. In 2003 she was awarded a major grant from the City of Oakland.