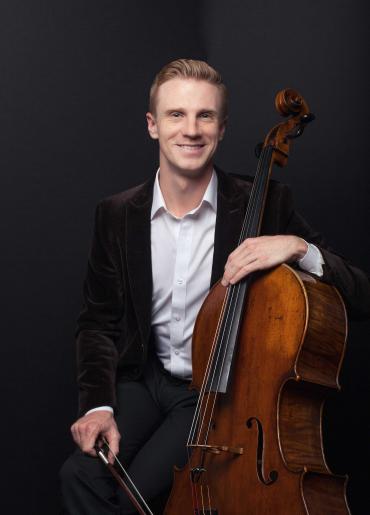 Driven by the intense desire to both express himself through music and inspire others, Matthew Linaman dedicated himself to learning the cello to express his own unique voice when he was 12. Over 10 years later, this dedication has led Matthew to perform both as soloist and collaborator in some of the world's most prestigious concert halls. Now focused on empowering young students through music, Matthew specializes in teaching young cellists the foundations of technique and self-expression while cultivating curiosity, the hunger to know, and the drive to make an impact in the world.

While a student of Jean-Michel Fonteneau at the San Francisco Conservatory of Music, Matthew helped formed the Cello Street Quartet in 2012. Five years later, they have given over 300 free public performances including extensive musical and educational outreach. In 2014 the Cello Street Quartet was honored to serve as musical ambassadors to Hungary, Kosovo and Russia through the U.S. State Department of Cultural Affairs. In addition to cello, Matthew spends his time studying neuroscience, the mind-body-spirit connection, and languages and is fascinated at the intersection of how all these fields come together.

Matthew teaches out of his own private studio and coaches chamber music at the San Francisco Conservatory of Music, Pre-College Division.

My Goal? Happy Kids Who Love Music, For Life.
I use both classical and pop music to help my students uncover the joy of music.