Chanticleer's Composers for Our Age

Our very own internationally renowned male a cappella ensemble Chanticleer celebrates the close of its 30th anniversary season with three commissions by composers of the same age. The program, titled "Composers/Our Age," showcases new works by Tarik O'Regan, Shawn Crouch, and Mason Bates. Premiering on March 17 in Berkeley, the program is reprised once in Santa Clara and three times at the San Francisco Conservatory of Music.

According to Chanticleer's Music Director Matt Oltman, the young men have written "very different and very remarkable pieces of music." It undoubtedly helped that two of them, Bates and Crouch, are choral singers well-versed in what sits well in the voice. While all the works are contemporary in their language, and "bursting with the creativity and inventiveness of youth," they have an accessibility that sets them apart. 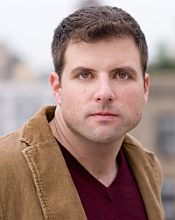 O'Regan, born in London in 1978, has already won two British Composer Awards and been nominated for two Grammys (for Threshold of Night on Harmonia Mundi). and a BBC Music Award (for Scattered Rhymes, same label). His piece No Matter sets excerpts from Samuel Beckett's 1983 nihilistic poem Worstward Ho. "The poem itself is bits and pieces that Beckett wrote, trying to achieve as little as possible," says Oltman. "Tarik sets it in a rather monotonous stream of quarter notes with not very much pitch differentiation. Against that, these beautiful melodic lines weave in and out like little ephemeral gusts of wind that swoop in and around."

Crouch teaches at Hunter College and the Walden School for Young Musicians. With several awards under his belt, he has based his Garden of Paradise on poems by Iraq war veteran Brian Turner and the 13th-century Persian Sufi ecstatic Rumi.

"My younger brother served two tours of duty in Iraq in the Marine Corps," Crouch explains. "I was drawn to the visceral images Turner paints with his text, which reminded me of what my brother Kyle described when he returned from the Middle East. I strive to emphasize the lyrical qualities and changing colors of the poems, which emerge as arching musical lines that often layer upon themselves. There is heavy use of canonic fragments that 'dance' throughout the ensemble, much like the whirling dervishes that Rumi might describe in his poems. The composition brings the listener from descriptions of the desert landscape, through Turner's view of what it means to take a life, and finally to a place of acceptance."

Bates, who hails from the South, has made his mark with the Cabrillo Festival, California Symphony, New York Philharmonic, and Berlin Philharmonic; in May the S.F. Symphony will perform his work. A student of John Corigliano, David Del Tredici, and Samuel Adler, the Columbia- and Juilliard-trained composer works as a club DJ in San Francisco; he composes alternately for traditional instruments and laptop/electronica. 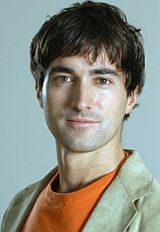 poet Pietro Aretino's beautiful piece about the stars and how they're singing in the sky with a siren perched atop each star; a Quechuan text; and the "fishers of men" passage from the Book of Matthew.

"Mason's treatment of global mythological ideas is quite an achievement," says Oltman. "Each movement has a very different sound, mostly determined by the language. The Quechuan siren has an ecstatic rhythmic melody that would sound right on the dance floor of a club in the Mission, the German Lorelei song has a beautiful sonority with its own rhythmic motive, whereas Jesus basically screams at everyone in straightforward declamation."