"In chamber music, you play the way you are. Are you generous and giving? Are you responding to your friend's suggestions? Do you make the extra effort to make friends in the group so they will want to play with you?" Wu Han, a pianist and co-artistic director of Music at Menlo, was talking about the personal characteristics that make a successful student at the Chamber Music Institute of Music at Menlo, the three-week summer music festival in Atherton and Palo Alto.
"It's not just about music making: You need to lead, respect your colleagues, contribute positive energy, and assume the solo role," she asserts. She's also talking about the goals of the Chamber Music Institute, which include instilling a love for chamber music and teaching students to take responsibility, make decisions, and be good citizens within the democratic framework that chamber music demands. 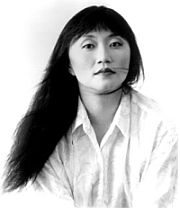 Of course, there's an underlying assumption that the students chosen for the two levels of the Institute — the Young Performers Program, for students from the ages of 8 to 18, and the International Program, for pre-professional musicians ages 18 to 29 — have acquired enough musical skill to perform together at a high level. The younger students perform six times (Koret Young Performers Concerts) while older students give 14 Prelude Performances, all free to the public. The greatest testament to the quality of these events is their popularity. For the first time this year, audience members need to arrive an hour before the concerts start to receive their free passes.

What's impressive about the Institute is that its structure is designed to simulate professional chamber music life for students as young as 8. "I don't know of any other music program where young kids focus on playing chamber music with this level of time, commitment, and coaching with professionals," comments Hasse Borup, Chamber Music Institute administrator. When the new younger students first find out at orientation that they will be doing two or three rehearsals or coaching sessions a day in addition to the other festival events, they have that "wide-eyed, deer-in-the-headlights look," comments Kathy Henschel, a Music at Menlo board member and an inveterate festival observer. "And they are surprised and horrified when they find out they have to research and verbally introduce the works they are performing from the stage," she adds.

The shock is mollified somewhat when they are assigned an experienced "buddy" who mentors and supports them through the festival. This pairing often provides the younger students with role models that shape future personal and musical personalities. "Last year Hilda Huang hung out with International student Yuri Namkung all the time during the festival. She wanted to be a kid like Yuri," comments Wu.
Making Time for Coaching
For the older, International Program participants, more emphasis is placed on the five to six performances that each will give during the festival. "What's amazing about Menlo is that there is more time for coaching than rehearsals, and that's very rare at summer festivals," comments Namkung, violinist of the Moët Trio, who performed at the 2006 Festival. "At times we panicked, thinking that we wouldn't have enough time for rehearsals," she adds. In fact, artists are chosen for their willingness to make coaching as important as performing during the time they're at the festival.

"The coming together, learning, supporting, and back-and-forth [discussion] between students and professionals in an intense, compacted time schedule is remarkable, given the disparate age range," comments violinist Jorja Fleezanis, concertmaster of the Minnesota Orchestra. "The students are in the white water with the rest of us and it's done in an intense, caring, and joyful way."

Some of the Koret Young Performers in Concert

For some the pressure to prepare and perform with time restraints prompts complaints, but others see it as an opportunity. "I craved that environment where there is music all the time, because I don't get that any other time of the year," says Gloria Chen, pianist at the 2007 festival. "For me it was like being a kid in a candy store. I was in awe of the quality and number of opportunities to be immersed in music. I realized that this was the kind of world I wanted to be a part of."

One of the biggest challenges to the Institute is to match musical talents and personalities when creating the chamber groups. That process starts with the selection of the students. Recommendations come from university and conservatory faculties, musicians, and guest artists who have performed at Menlo. Every student at the Institute submits a performance CD and a DVD. The international program receives 100 applications and admits only nine students, all on scholarship.
Adjusting to the Festival's Needs
Each musician is chosen to meet the repertorial needs of the festival. Almost all students undergo a live audition with one of the artistic directors or Borup. "For the younger students, once competency is determined, we ask other questions: Do you play with other people? Do you like it or is it something your mom tells you to do? What else do you like to do?" Borup states. After the live auditions, the directors check the international students' references. "I'm looking for someone who is ready to explode and go to the next level," comments Wu. "Can this kid walk away from Menlo a changed person?"

Auditions can be scary for many musicians, but the Moët Trio's experience was different. "Wu Han taped us and asked us questions to find out where we wanted to go as a trio. There was a wonderful human aspect to the audition," remembers Namkung. 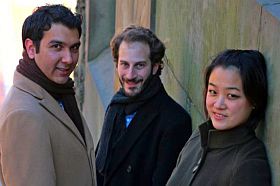 Once the students are chosen, they are assigned to a specific chamber group with a repertoire to play. For the younger group, Wu and Borup float around, gauging the amount of coaching and rehearsals each musician needs. "It's like an experiment. We put people together, and sometimes the mix produces great wine and sometimes it explodes. We try to catch issues (e.g., is the group getting the basic rhythm of the work?) before they become critical," Borup comments.

The young performers have about four days to learn a movement or piece, not a lot of time for a 10- or 12-year-old. During the festival they will perform some three or four times. The older group spends more time in rehearsals, and they perform five or six complete works. "For me, coaching and scheduling the chamber groups is like playing 10 games of chess at the same time. It's a complicated logistical conundrum." Borup says.

With the pressure of performance always looming in the background, conflicts are bound to arise. Sometimes the kids need to go play Ping-Pong or use a soccer ball to blow off some steam. Once in a while the planned performances are changed because a group is ready to play one movement but not the next. "Students always want to play more, and some parents will object when we need to tell them their student is out of tune or not well-prepared. It's tricky because we want the parents to get involved and be excited about the program, but ultimately we have to see that the concerts get played and the kids get the most out of it without someone interfering," Borup comments. The overall culture is one of fluidity, and improvisation is necessary to make it work.
Master Classes and Practicalities
During the festival, chamber groups that are playing especially well are chosen to be participants in master classes open to the public. The stakes are higher for these groups because they can see the audience react to the teacher's recommendations. It's also another opportunity for the other students in attendance to observe a great teacher they might not have experienced in their coaching sessions.

Café Conversations, an informal presentation by festival artists given around the noon hour on a wide range of topics, are an opportunity for students to put their instruments away for a bit without losing the focus of the festival. Topics range from the Miro Quartet's talking about securing a recording contract to Gary Graffman discussing the difference between being a young musician decades ago and the situation today. 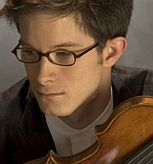 Adam Golka and Korbinian Altenberger, both with careers fostered by the program

The impact that three weeks have on the students can be measured in several ways. The older, professionally bound students go on to develop their careers in a variety of ways. Adam Golka, a pianist who performed Beethoven's Hammerklavier sonata at the 2005 festival, was chosen as a 2008 Gilmore Piano Festival Young Artist. Violinist Korbinian Altenberger (2004) became concertmaster of the WDR Symphony Orchestra Cologne in 2007. Several musicians have entered the Carnegie Hall Academy Program and the Chamber Music Society of Lincoln Center Two Program.

Namkung and Chen returned for a second year as coaches at Music at Menlo. "You are exhausted, nervous for your students at the concert, and cheer loudly for them. I can't begin to describe the sense of joy that comes from teaching and coaching," Namkung exults. Often the younger students return for two or three years, reauditioning every time. They form e-mail communities with each other throughout the year and sometimes connect with the professionals after the festival.

Professional musicians who coach and mentor the students are rewarded by seeing them grow over the three weeks. "For me, the festival is the tree of life of the evolution and growth of musicianship," says Fleezanis. "I'm reminded of how hard and rewarding it is to bring young musicians into the discipline of the music profession. Showing and demonstrating the elements of musicianship to a young artist and hearing them adopt them are big highs. It's something I don't see often as concertmaster of a major orchestra." For the audience that attends the free student concerts, the value of the Chamber Music Institute is clearly seen and heard.