Comments
You might assume, from its Latin name Chora Nova, that it specializes in early music, but that’s far from the truth, as its upcoming concerts this week demonstrate. Carl Orff’s Catulli Carmina (Song of Catullus) does have Latin words, though its musical style is familiar from the composer’s Carmina Burana. 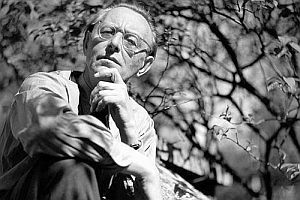 Orff actually wrote the Catulli Carmina (1932-33) before his most famous and popular work, eventually putting the two cantatas together with a third, as Trionfi (Triumphs). Catulli Carmina (1943) is set to the frequently explicit love lyrics of Catullus, a Roman poet and contemporary of Julius Caesar. The cantata, like its brethren, relies on pulsing, repetitive rhythms, as well as simple textures and harmonies, creating a vigorous, communal style, all reinforced by a huge percussion orchestra (including four pianos) that plays in the framing numbers of the piece. But in some ways it’s more interesting than its often-played successor.

For one thing, Catullus’ poetry has more psychological depth than the Goliard songs of Carmina Burana. The cantata sets poems from the sequence that trace the phases of the poet’s love for “Lesbia” (a common poetic pseudonym at the time), which also allows Orff to envision a staging of the piece (written into the libretto) that ends with the poet’s defeat and the termination of the lovers’ relationship. This “play” concludes with the self-aware, if also self-serving, lines, “I cannot now wish you well/however virtuous you may become, nor stop loving you.”


Orff’s search for a “timeless” musical style for his cantatas led him to reject many contemporary musical styles as being too obviously 20th-century. Yet he was struck by the rhythms of Stravinsky’s music, and in Catulli Carmina the influence of that rhythmic sense, with its syncopated dislocations and layers of repeating ideas, is, if anything, stronger than in Burana. Maybe the piece is also synergistically related to his ideas about music education, which he began working out when he cofounded the Guenther School in Munich in 1925. In any case, where Burana can seem mystifyingly empty of meaning, Catulli Carmina takes the same, appealing musical resources and puts them to use in service of a more involving story, told from the point of view of a master ironist.

So Chora Nova, not relaxing from its exploration of the choral works of Zoltán Kodály this past March, again treads the novel path. Not so new as a chorus any longer, it and its founder and director, Paul Flight, have certainly not run out of new and interesting concert ideas. If you’ve heard (or been avoiding) one of the more or less 50,000 outings of Orff’s obstreperous Goliards this spring, you might be pleasantly surprised by his Roman lovers. At least hucksters haven’t made car commercials from this one — yet.