San Francisco Classical Voice has often reported on how the Bay Area’s smaller opera companies are continuing to grow and to prosper. There are now at least 22 such companies, according to a recent SFCV survey. Beyond budget, casting, and audience development, however, what remains their greatest challenge is the choice of repertory.
Recently, two extremes garnered attention in this regard: Berkeley Opera’s production of Aida this past July (see review), with Verdi’s traditional score played for a grand march of soldiers as if returning from Iraq (a banner read “Mission Accomplished!”); and Festival Opera’s August premiere of Ned Rorem’s Our Town (see review), with a contemporary score accompanying the characters of early 20th-century America. Both productions attempted to build audiences by either refashioning an old opera into something new, or offering a new opera that reflected something old.

These are just two attempts to solve a dilemma that continues to face all small opera groups that want to preserve their performing niche alongside larger, better-financed organizations. Size does matter, and it is simply not possible to out-Verdi, out-Puccini, or out-Wagner such giants as San Francisco Opera, or the Seattle Opera and Los Angeles Opera companies, with their formidable budgets and luxurious production values.

What, then, is the smaller, regional group to offer its patrons? What choice of repertory can it pursue that will be commercially successful while drawing a supportive audience?

There is certainly more to opera than recycling the Big Ten, that generally agreed-upon list that includes Puccini’s La Bohème, Madama Butterfly, and Tosca; Bizet’s Carmen; Verdi’s Aida, Rigoletto, and Il Trovatore; Mozart’s The Magic Flute and The Marriage of Figaro; and Rossini’s The Barber of Seville. Audiences seem to enjoy these “bread-and-butter” works as much for their familiarity as for their lyricism and theatricality.

But perhaps there is another way, and that is to explore little-known operas that are highly stage-worthy and potentially just as audience-satisfying. In fact, smaller companies have the advantage of smaller, more intimate performing spaces that suit smaller-scale works, as well as the ability to be more flexible in their casting.

Here then are a few suggestions for opera lovers in search of something completely different — either live or on recording — as well as for regional companies the next time the repertory comes up for hand-wringing decisions.
Beyond the Big Ten
For those groups with the musical resources and vocal talent for producing Madama Butterfly, why not try Pietro Mascagni’s Iris instead? It has a splendid score with many sonic beauties, a traditional Japanese setting, and a tragic heroine, as well. Further, it predates Puccini’s work by six years and is equally brimming with verismo power. If a company has the cast and orchestra for The Magic Flute, why not try Antonín Dvořák’s equally magical Rusalka, about the water sprite who longs to be human. 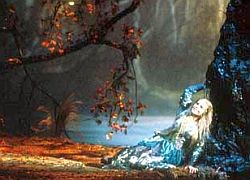 If it has the voices for Carmen but is weary of Bizet’s overexposed gypsy, consider Riccardo Zandonai’s highly colorful and far sexier Conchita, another cigar girl, but with a far crueler heart. The cast and orchestral requirements are much smaller and the effect much greater. If heated romance is an interest, there is Ruggero Leoncavallo’s backstage saga Zazà, about a two-timing cabaret singer who painfully learns the meaning of sacrifice. It offers powerful sentiment for minimal effort. And instead of the out-of-reach Tristan und Isolde, try Italo Montemezzi’s highly romantic and much more manageable L’Amore dei tre re (The love of three kings), with a score that writhes about the tangled loves of a tenor, a soprano, and a blind old bass.

For those companies more limited in their scope but with the cast and resources for Puccini’s La Bohème, consider Leoncavallo’s much less sentimental and equally theatrical version. (Leoncavallo also includes comic scenes that Puccini left out.) Or there is Mascagni’s gentle L’Amico Fritz (My friend Fritz), the story of a confirmed bachelor who does not stay that way for long. It’s full of rustic charm and lyricism.

If sentiment is important, bear in mind Mascagni’s melodic Lodoletta, the tale of a little urchin who seeks redemption through love by trekking from Brabant to Paris shod in pitiable wooden shoes. For something in a lighter vein, there’s Ottorino Respighi’s delightful La bella addormentata nel bosco (The sleeping beauty in the woods), with its Sondheim-like prince and princess, and a satirical American character named Mr. Dollar.

If you’re looking for drama, weigh the powerful Risurrezione, with its story by Tolstoy and score by Franco Alfano, the fellow who completed Puccini’s Turandot. (Act 1 is lyrical and romantic, Act 2 features an orchestral imitation of a steam locomotive, and Act III is set in a desolate prison; all three are memorable.) Likewise there is Alfredo Catalani’s dramatic and melodic La Wally, which Toscanini thought equal to anything composed by Puccini. It includes one of the most memorable tunes in Italian opera.

And if a company has the resources for producing Tosca, why not try Umberto Giordano’s melodramatic Fedora, with its plush lyric score and terrorist Russian plot? Or Tchaikovsky’s lovely Snow Maiden, with its lilting folk tunes, or his poignant one-act Iolanthe, whose little blind heroine is gradually gifted with sight for an emotional ending?
Up in Smoke
For a group extremely limited by time, budget, and space, consider Ermanno Wolf-Ferrari’s two-character, yet saucy Il segreto di Susanna. (Susanna’s “secret” is she smokes, and how much more timely can you get?) Or think of Mascagni’s romantic Renaissance piece, Zanetto, requiring but one soprano and one mezzo. Maurice Ravel’s L'Enfant et les sortiléges (The child and the enchantments), a toddler’s fantasy, is another charming challenge. 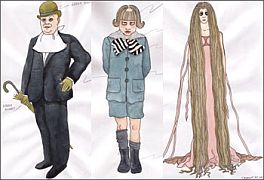 If something edgy is needed, however, try Viktor Ullmann’s The Emperor of Atlantis, whose small forces add up to a big impact. (In this case, the Emperor is Hitler, confronted by the character of Death, who is angry in being forced to slaughter so many so often.) There’s also Ullmann’s Der zerbrochene Krug (The broken jug). Ullmann composed both operas in the Theresienstadt concentration camp. He died at Auschwitz.

William Walton’s The Bear, bristling with vigor and modernism, is based on a wry two-character tale by Anton Chekhov. Ferruccio Busoni’s madcap Arlecchino, with its old commedia characters dressed in modern melody, can be a good choice, as is its companion piece Turandot, which is the same story Puccini used but without the costly spectacle.

For those wanting to use English as their key language, there is perhaps no opera more dramatic or intense than Benjamin Britten’s ghost story The Turn of the Screw, coming Oct. 5-14 at the Oakland Opera Theater, and none more friendly than his tribute to legendary Americana, Paul Bunyan, both tremendously audience-accessible. Leonard Bernstein’s 1950’s satire on American suburbia, Trouble in Tahiti, still carries a sting, and Aaron Copland’s The Tender Land remains a distinguished work. There is high voltage in Carlisle Floyd’s Susannah (the biblical story of Susannah and the Elders, but with a contemporary twist), as well as his Of Mice and Men, based upon the poignant Steinbeck tale set in the Salinas Valley.

Gian Carlo Menotti is another composer of intensely theatrical operas with small casts, and exploring The Medium (about a deluded psychic), The Telephone (a woman who can never hang up), and The Consul (the killing effects of bureaucracy) can yield gripping dividends. And what better replacement for the seasonal Hansel and Gretel than Menotti’s Amahl and the Night Visitors, a lyrical stopover on the journey of the Three Kings? Or for that matter, Richard Strauss’ one-act children’s opera composed for his grandson, Die Esel schatten (The donkey’s shadow)?

Of course, all such adventures are predicated upon the enlightenment and encouragement of opera companies' board of directors in making their decisions, as well as the education of their audiences. But these can be managed through programs for board members that feature recordings and discussions, and advance articles, interviews, and preview materials for patrons. Once heard and understood, these operas more often than not will “speak” for themselves.

As the larger opera companies increasingly explore audience-building opportunities through free simulcasts in public places and broadcasts in movie theaters, the smaller companies offering the same repertory will soon lose their appeal. If the smaller companies, however, exercise their independence by producing a repertory of fresh, interesting, and challenging works, their stability will be assured, and opera in all its dimensions will be increasingly appreciated, supported, and better served.