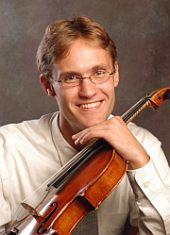 The long-awaited appointment of the San Francisco Symphony principal violist is over. The important position has been without an occupant for more than three years since Geraldine Walther ended her 29-year tenure there by joining the Takács String Quartet. (Yun Jie Liu has been acting principal violist since then.)

Jonathan Vinocour, 30, was named principal violist on Monday, effective the season beginning this fall. Since 2007, Vinocour has been principal chair of the Saint Louis Symphony.

Earlier this year, he was impressive playing the first viola/concertmaster part with SFS at the performances of the Gubaidulina Violin Concerto No. 2: "And who was the stranger as the concertmaster [in a piece without violins]? First-chair viola was Jonathan Vinocour, principal violist in St. Louis, performing a week-long trial with SFS in the auditions for the positions here. What luck to fly by on probably the only occasion when the violas take command!"

Vinocour had previously served as guest principal viola of the Gewandhaus Orchestra of Leipzig and the Orchestra Ensemble Kanazawa in Japan. He performed as soloist with conductors Nicholas McGegan and Hans Graf, has received First Prize in the Holland America Music Society Competition, and recently recorded his first solo album, with the support of the Holland America Music Society.

Originally from Rochester, New York, Vinocour graduated from Princeton University in 2001 with a degree in chemistry and was awarded the university’s Sudler Prize in the Arts. He completed his master’s degree at the New England Conservatory of Music in 2003, where he studied with Kim Kashkashian.

Chances are you also missed the live streaming of the work Monday night, with Riccardo Muti and the Orchestre National de France from Paris' Saint-Denis 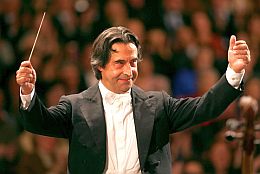 Festival on Medici.TV. However, unlike the San Francisco Opera performance, the Paris concert from the Basilique cathédrale de Saint-Denis — with Barbara Frittoli, Olga Borodina, Ramón Vargas, and Ildar Abdrazakov — should be available in the Medici.TV archives.

Also from the Saint-Denis Festival, coming up live: 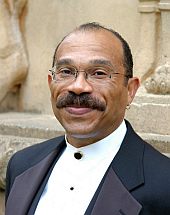 Chanticleer Artistic Advisor Joseph Jennings, a leader of the men's vocal group for more than a quarter century, will retire at the end of this month. He will hold the title of music director emeritus.

The late Chanticleer founder Louis Botto named Jennings music director in 1984, a year after he joined the group as a countertenor. The two — according to Jennings — "did not always agree ... but once the air cleared, music was always the victor. Louis and I both recognized that Chanticleer was greater than either of us and we readily acknowledged that he and I were part of a greater whole. We were totally fearless in our dreaming, and those dreams were often translated to reality."

Current Music Director Matt Oltman continues in that position in the coming season. For the present season, following its debut tour of China, Chanticleer returned to the Bay Area for the final concerts through this week, featuring the music of Orlando di Lasso. In July, Chanticleer is making its debut in Ireland on a European tour, which also includes Germany and France.

Cliburn Results and the 'Disappearing Americans' 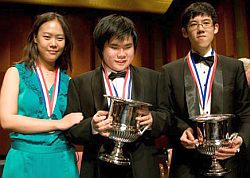 ay finals of the 2009 Van Cliburn International Piano Contest produced these winners. The six finalists were selected from among 12 semifinalists, who succeeded in a field of 29 competing in the preliminary round.

For semifinals and finals archives, see http://www.cliburn.org/#. Among the many responses to the results on the Cliburn comments page, here's this from "Kevin U.":

Interestingly, the jurors went with reliability, not necessarily artistry. A large group of jurors tend to go with the consistent, reliable, in the middle pianist over a pianist who veers in one direction or the other. A Bozahnov is going to have lovers and haters on the jury, but a Son doesn’t elicit that kind of response. That’s not to say that the winners aren’t immensely talented, but in my mind, not one of them spoke to me. I suspect that if we heard them play everything from the competition tomorrow, it would sound pretty much the way it did when they played the first time. Zhang and Tsujii are already artists and they have incredible potential, especially Zhang, but I would much prefer the spontaneity of a Wu or a Vacatello.

There is an issue beyond the results, well tackled in a Dallas-Fort Worth DFW.com article by Tim Madigan. His question: Why couldn't even a single American get into the semifinals this year, only one (Ning An) four years ago, and none eight years ago?

In 1997, Jon Nakamatsu became the third American to win the Cliburn (Andre-Michel Schub in 1981 and Ralph Votapek in 1962 were the others), but none of his countrymen survived the first round.

Madigan quotes Cliburn juror Richard Dyer, a veteran classical music critic for The Boston Globe, that it is a "larger question ... why have the Americans disappeared from the classical music scene?"

It's been happening for decades, as classical music has been cut from public school classrooms and marginalized by lack of government funding and media attention. It follows that fewer American children are taking up the piano. U.S.-born pianists make up only a small percentage of students at places like The Juilliard School, said Veda Kaplinsky, head of Juilliard's piano department. Students at top American conservatories are more often born in Asia and Europe.

"It's hard to say that Americans are less talented than other those in other nations," said Kaplinsky, who is also a Cliburn juror. "It's just that they're not classically geared. They're less motivated in that direction than any of the Asian countries or Eastern European countries that still carry the torch from the [19th] century."

What remains significantly American is music education: many foreign-born pianists have studied at Juilliard, Curtis, and elsewhere. Some moved to this 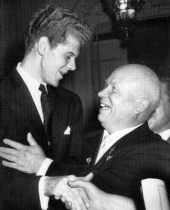 country at a young age and are thoroughly Americanized by the time they get to the Cliburn.

But there is no debate that most of the top piano talent comes from elsewhere. That might always have been true to some extent, because of classical music's roots in Europe. But recent Cliburn results indicate that the disparity between the United States and the rest of the world is growing.

"It has to do with socioeconomic things," Dyer said. "People in China still see it as a way to fame and fortune, particularly with the example of [young piano superstar] Lang Lang. In America it's really not, compared to business school. Well, maybe not business school anymore."

Kaplinsky said she first noticed the decline of classical music in American culture in the 1970s. Until then, pianos were fixtures in millions of American homes and public school classrooms. In recent decades, however, music has disappeared from curricula, often the first thing to go when education budgets needed to be cut.

We lost a generation in the United States, ever since classical music was removed from the public school," Kaplinsky said. "If you have a situation where kids have no classical music ancestry, they found it in a classroom and were immediately drawn to it. Then they came home and told their parents and their parents would not refuse them. It doesn't happen anymore. They don't hear it. A child can grow up in the United States very easily and reach the age of 18 without hearing a single classical music piece." 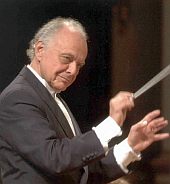 Drew McManus's Adaptistration survey of orchestra finances is out for the 2006-2007 season, based on tax information published in 2008. (Why this public data always lags three years behind is a persistent question, never satisfactorily answered.)

The business of budgets and salaries is an inexact "science," with many variables and asterisks too numerous to cite here, but if you go to Adaptistration, it's well documented there. We massaged just one bit of interesting stuff out of the vast fiscal database:

* Maazel's nearly $3 million salary represents a 30 percent jump from the previous year, and by far the highest compensation for a music director.

The Ring in Valencia - Whoa! 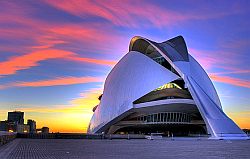 I was blown away by the Ring currently a-borning in Valencia. Yes, Valencia, Spain. There was a half-hour report on it on Deutsche Welle which makes you want to say something like "this is the future." "Never before." Some critics are already saying things like: There was Wieland Wagner, then Chéreau, now this.

It is in the newly built Valencia Opera House (which has to be seen to be believed) and it is staged by Carlus (or Carlos) Padrissa. He runs an avant-garde theater troupe, La Fura dels Baus, that was incorporated into the staging. Heavy on the acrobatics. Valhalla is stacked men, standing up in mid-air.

The dead warriors for the Walkürenritt are: a huge ball made up of bodies, revolving slowly ... Then there's a group of immobile people in Rheingold, after Freia's apple is no more, lying in a heap, entirely colored yellow, suggesting sulphur. Then the apple is proffered, and they start moving.

From the SFS SchuBerg, Part II

NYCO: Is This Any Way to Run an Opera Company?

New York City Opera is in big trouble, its very existence in jeopardy, and new financial data shows the reason: The company lost $11.3 million in Fiscal Year 2008, revenues declining 23 percent — to $32.9 million — while expenses rose 11 percent, to $44.2 million. And, while that was going on, incoming General Director Gerard Mortier, apparently oblivious to the unfolding disaster, made grand plans, and demanded a budget of $60 million. When the board approved only about half of that, Mortier quit, even before taking office. He went to Madrid, was succeeded at NYCO by George R. Steel, and the company is fighting for its life.

On the payroll: a trombonist-orchestra manager, with a part-time salary of $240,000.