Gaffigan: Putting It Together 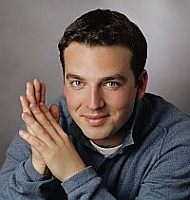 When James Gaffigan makes his last subscription-concert appearances with the San Francisco Symphony as the orchestra's associate conductor (April 1-4), he will lead a program of the 2005 Thomas Adès Violin Concerto, Haydn's 1772 Symphony No. 52, and Mozart's 1788 Symphony No. 39.

Gaffigan, 29, will be leaving his position at the end of the season, after three years with the orchestra. He is embarking on an international opera career (started here a couple of years ago), conducting all three "DaPonte Mozarts" — Don Giovanni in Aspen this summer, Cosi fan tutte in Glyndebourne, and The Marriage of Figaro at the Houston Grand Opera. He also has engagements with the Vienna State Opera and other companies, which haven't released information yet.

Gaffigan will also return to conduct the Cleveland Orchestra (his previous position), and go on to orchestral engagements in Cincinnati, Baltimore, Colorado, Rochester, with the Qatar Symphony (in Doha), Leipzig, Cologne, Toronto, Rotterdam, Sydney, the Salzburg Camerata, MTT's New World Symphony, and elsewhere.

How did he put the Davies Symphony Hall program together?

I have been looking forward to this to work once again with Leila Josefewicz [soloist in the violin concerto] and because of my love for Haydn and Mozart.

Leila and I began our odyssey with the Adès violin concerto "Concentric Paths" with the St. Paul Chamber Orchestra in December and we will be doing it again next season in Toronto. Leila is a true champion of new music. Her dedication to internalizing new works is unparalleled and this shows in her ability to sell the piece to audiences who may occasionally be resistant to hearing a challenging, contemporary piece. The Adès can be very "audience friendly" in my opinion.

The bookends of this program, Haydn and Mozart, are the ideal complement to the Adès. It's exciting that the SFS will play the Haydn 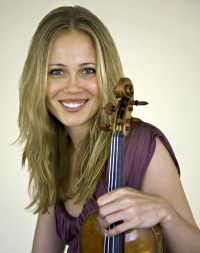 Symphony No. 52 for the first time this week. I am particularly drawn to these middle-period Haydn symphonies that reflect his penchant for sturm und drang. The symphonies play like operas in miniature with the nature of their dramatic rise and fall. The transparency in color and orchestration of the Haydn sets up the more complex transparency and cleanliness of Adès' composition. The two pieces are also alike in their intense dramatic journey.

Symphony No. 39 is my favorite Mozart symphony. I happen to be drawn to work written in the key of E-flat Major; it appears he chose this key to write some of his most moving work, and that can be heard in No. 39.

In essence, Mozart is an operatic composer, and his symphonic literature is full of the dramatic calling cards of this craft. You can clearly hear operatic character in this symphony, from the music accompanying a romantic stroll to that underneath a chase scene. It’s all there, even in this symphonic literature that musicians refer to as "absolute music," that is without a programmatic story to guide the listener. It's a true pleasure to dig into one's imagination while inspired by the music of Mozart! 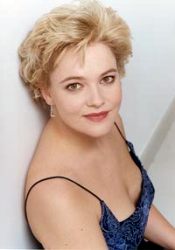 The San Francisco Chamber Orchestra, bless their hearts, is offering four free concerts in the area, a "Musical Stimulus Package," with the title and theme of "Bach to Bach." Conducted by SFCO Music Director Benjamin Simon, the concerts feature Anja Strauss (soprano), Peter Lemberg (oboe), and Tod Brody (flute). The program includes the West Coast premiere of a 2006 work by Michael Gilbertson, Concertino for Oboe and Strings.

Melton, who has dazzled with her Wagner interpretation here before, won the Kirsten Flagstad Award "for a singer with Wagnerian potential." Among Encouragement Award winners: Adler Fellow mezzo Daveda Karanas.

Discussing Regional Art with the Region

A town hall meeting is called at the Bankhead Theater tonight [3/24] at 7 p.m. to discuss the Livermore Valley Performing Arts Center's proposed Regional Performing Arts Theater. Besides the public, the Center's staff, consultants, and community leaders are expected to participate.

Center Executive Director David Dial said, "The theater is the final element needed to accomplish LVPAC’s mission to create a first-class performing arts center that will bring world-class arts and entertainment to the Livermore Valley and the surrounding region."

The meeting will be the kickoff event in the creation of a new LVPAC support organization, the Friends of the Regional Theater. The Center operates two major performance venues in downtown Livermore. The first, Bankhead Theater, opened in 2007, and has hosted over 300 events reaching a combined audience of more than 100,000. The proposed 2,000-seat Regional Theater, currently in its final design stages, will present touring Broadway shows, classical artists and ensembles, and popular performers. 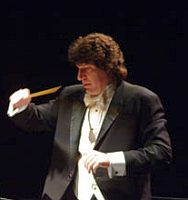 Asher Raboy, music director of the Napa Valley Symphony since 1990, will be stepping down from his post at the conclusion of the 2009-2010 season, the orchestra announced Monday.

Acknowledged for having "transformed NVS from a community orchestra to a fully professional ensemble of more than 70 musicians," Raboy was also thanked by Symphony Board President Lonne Carr for his "service to the Symphony and our community." No statement came from Raboy himself.

The Symphony will present a series of guest conductors for the 2010-2011 and 2011-2012 seasons, as the board undertakes a search for Raboy's successor.

From CBS, about a segment on the March 22 Sixty Minutes:

They met by chance on the streets of downtown L.A. — an encounter that would change them both. The story of their friendship is a tale about madness, redemption, and the mysterious power of music. At the insistence of Mr. Ayers, who was taught good manners as a child, they call each other "Mister." We will do the same.

Battle and Sting, All for a Good Cause 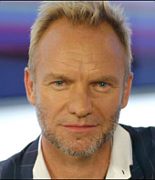 Kathleen Battle will perform with Sting at Davies Symphony Hall on May 25 to benefit Oakland’s Chris Rodriguez, an 11-year-old victim of gun violence. He was shot a year ago while taking a piano lesson. Michael Morgan will conduct an orchestra of students from the San Francisco Conservatory of Music. The Conservatory will also benefit from the "Let the Sunshine In" concert.

Grammy Award winning musician and producer Narada Michael Walden has also rallied Bob Weir (of the Grateful Dead), The Supremes’ Mary Wilson, Marilyn McCoo, and Billy Davis, Jr. of the Fifth Dimension and other musicians to perform at this Memorial Day concert.

Those in charge of opera houses and Broadway productions should flock to 42nd Street Moon's tiny Eureka Theater on Jackson Street to learn how to do a better job.

On Saturday, the 1964 Hugh Martin-Timothy Gray musical High Spirits (based on the 1941 Noel Coward play and 1945 film Blithe Spirit) received a production that stands as a shining example of good judgment, judicious use of available resources, and artistic excellence. 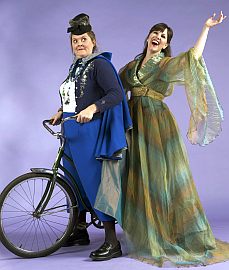 minimalist choreography on the miniscule stage. There is no amplification (hurrah!) and no straining of voices: the small space is filled perfectly with small voices used in a natural way.

Veterans and newcomers to community theater join in the cast for a delightfully natural ensemble performance, to Dobrusky's piano and Nick DiScala's woodwinds accompaniment. It is a balm to jittery nerves irritated by overproductions elsewhere in the world.

Michael Patrick Gaffney is Charles Condomine, the man with a real-life wife (Maureen McVerry) and the ghost of his former wife (Dyan McBride). Those three, and Megan Cavanagh as the hilarious, overwhelming medium, Madam Arcati, carry the show. And the rest of the cast, in multiple roles and as the chorus and dancers, is very, very fine.

As the production, so is the piece: pleasant and enjoyable, with such musical numbers as "The Bicycle Song," "Where Is the Man I Married?," "You’d Better Love Me," "I Know Your Heart." You may not remember, but when you hear them, chances are they will sound familiar enough. The musical, neglected in recent years, unlike the always-famous play, is now really coming into its own, with a Broadway production of a stellar cast, including Angela Lansbury, Rupert Everett, and Christine Ebersole.

For San Francisco Opera patrons, High Spirits will bring up a strange but rather straightforward association with the recent hit, Erich Korngold's Die tote Stadt, which is also about a man's choice between the reality of the living and the idealized memory of the departed. The similarity stops there, considering Korngold's superb music over the merely pleasant one of the musical, and the nonstop smiles in the Eureka Theater versus the heavy drama of the Korngold opera. But the theme and subtext are the same.