S.F. Opera Opts For Being Safe, Not Sorry

The economic downturn, which has hit art organizations with the double whammy of declining contributions and a drop in ticket sales, is really wreaking havoc on opera companies — always troubled by production costs, which are inevitably the highest among performing organizations.

San Francisco Opera General Director David Gockley has been extra careful with expenses, having already made such painful decisions as canceling such highly anticipated (but "uneconomic") productions as Britten's Peter Grimes and family performances of Mozart’s The Abduction from the Seraglio.

On Tuesday, Gockley told his administrative staff about reductions in compensations and benefits in response to "mounting fiscal challenges." Expecting more than $1 million in savings as the result of a "gut-wrenching process," Gockley announced: the deferment of filling four open positions, a one-week unpaid furlough set for early January 2010, suspension of company contributions to employee 401(a) pension plans, increases in staff contributions to employee health care, permanent removal of parking subsidies, and a 5 percent pay cut for the top five highest paid Company executives.

These as well as other measures are alternatives to "simply eliminating 10 to 15 administrative staff positions or enforcing across-the-board salary reductions," Gockley said. The Opera's projected budget for 2009–2010 is currently set at $63 million; today’s announcement reflects a $6 million reduction in expenses from original plans.

After the company's summer programs next month, the 87th season opens Sept. 11 with Verdi’s Il Trovatore, conducted by incoming Music Director Nicola Luisotti. The season continues with Puccini’s Il Trittico, Mozart’s The Abduction from the Seraglio, Donizetti’s The Daughter of the Regiment, Richard Strauss’s Salome, Verdi’s Otello, Gounod’s Faust, Puccini’s The Girl of the Golden West, and Wagner’s Die Walküre. 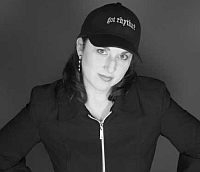 Once again, Michael Morgan is creating an Oakland East Bay Symphony season that is unusual and inviting. Of the orchestra's six subscription concerts during 2009-2010, four include contemporary works, and there is a generous sampling of American composers. If only other, much bigger, organizations followed that example.

On Nov. 13, with "A Night at the Opera" a trio of talented young singers — soprano Hope Briggs, tenor Kalil Wilson, and bass Kirk Eichelberger — perform excerpts from Donizetti, Mascagni, Puccini, Verdi, and Wagner operas. OEBS proceeds to "Notes from Armenia" on Jan. 22, with violinist Mikhail Simonyan, and pairs Mozart's Symphony No. 39 with works by Edvard Mirzoyan and Lazar Saryan.

"Views of America," on Feb. 26, offers Ives' Symphony No. 2, Duke Ellington's Harlem, and a premiere by Rebeca Mauleón, under the New Visions/New Vistas Commissioning Project. "The Mighty Wurlitzer" is the title and engine behind 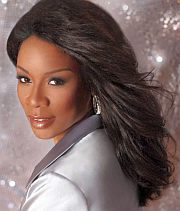 the March 19-21 "Music at the Movies" programs, with Christoph Bull playing the instrument at the screening of the 1927 silent film The General, and as the soloist in Saint-Saëns' Symphony No. 3.

Back to more current times, this April 16 Morgan will conduct another New Visions/New Vistas commission, the premiere by Benedikt Brydern, bracketed between Strauss' Don Quixote and Tchaikovsky's Piano Concerto No. 1, with Adam Neiman as soloist.

The attraction for the season's gala benefit, on Oct. 3 at the Fox Theater (all concerts take place at the Paramount Theatre), is soprano Denyce Graves. The annual "Let Us Break Bread Together" holiday concert, on Dec. 13, has the Oakland Symphony Chorus, Terrance Kelly and the Oakland Interfaith Gospel Choir, and the Mt. Eden High School Choir.

Lieder Alive! is following up its fall workshop with Thomas Hampson by sponsoring a June 11-13 series of master classes led by Marilyn Horne. The mezzo will instruct advanced young singers in "Romantic German Lieder" in the series of public lessons at the San Francisco Conservatory of Music, each beginning at 6 p.m. 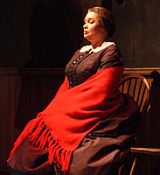 Soprano Evelyn Lear will give Open Opera's first master class at Mills College, from 1 to 4 p.m. on May 12; admission is $10, tickets are available at the door of the Jeannik Méquet Littlefield Concert Hall.

West Bay Opera will have a Henry and Maria Holt Memorial Scholarship Fund master class with soprano Luana DeVol, on May 16, beginning at 2 p.m., at the company's Holt Building in Palo Alto. Tickets, at the door, $10-$20.

Two local choruses are marking their 20th birthdays melodiously: American Bach Soloists is closing its anniversary season with vocal and visual fireworks at Grace Cathedral, and the San Francisco Choral Society is turning 20 with a series of ambitious programs. 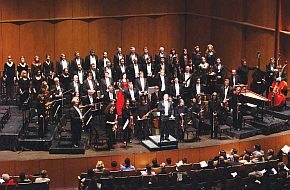 The wrap-up of ABS' season culminates May 7 and 8 with a celebration of Handel in the Cathedral. Conducted by ABS Music Director Jeffrey Thomas, the concert is presented with the participation of the Cathedral Choir of Men and Boys, led by Canon Director of Music Jeffrey Smith. Complete with a laser light show and the drum corps arranged for a surround-sound effect, the program is inspired by a commemoration of Handel's Royal Fireworks suite, performed in Westminster Abbey in 1784, a quarter century after the composer’s death.

The concert will also include Handel's equally famous Water Music, and other selections, including the coronation anthem Zadok the Priest. The ABS, using authentic or replicated Baroque instruments at their regular concerts, will employ a large array of ancient instruments assembled especially for this event, and use a drum corps in Georgian military costume.

For the first time in Grace Cathedral's history of a century and a half (in three successive buildings), there will be a live laser show in the church, projected on screens above and behind the orchestra during the performance of the Royal Fireworks. The laser show is created by Greg Makhov, president of Lighting Systems Design, Inc., who has designed many such spectaculars, including the nightly IllumiNations show at Walt Disney World's EPCOT Center in Florida.

Robert Geary's San Francisco Choral Society started its 20th anniversary season last month with the Mozart Requiem, and will perform two gigantic choral works in August and December, first the Verdi Requiem (coincidentally also programmed by the San Francisco Opera, to be conducted by outgoing music director Donald Runnicles, on May 29), then parts of Bach's Christmas Oratorio, just in time for the season.

The Society's "Free Tickets for Kids" program continues to grow, welcoming young people to these concerts both as a "way of giving back, and developing audiences for the arts for years to come."

"Opera Idol" is back in San Jose, with the third annual Irene Dalis Vocal Competition to be held on May 16 at the California Theatre. Ten finalists will compete for $50,000 in cash prizes, and will be selected from more than 100 participants at the three-day West Coast auditions held earlier in the week. Judges are Michael Ballam, founder and general director of Utah Festival Opera; Michael Ching, artistic and general director of Opera Memphis; and Peter Mark, artistic director of Virginia Opera. Accompanist for both the vocal competition finals and the auditions is pianist Daniel Lockert.

Eight musicians from the Israel Philharmonic are in the Bay Area to give benefit concerts in private homes on May 17-18 for the orchestra. The IPO Woodwind Octet performs works by Mozart and Beethoven, and the musicians will meet audience members after the concerts. For information, call (310) 445-8406 or e-mail [email protected] 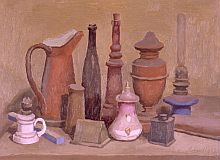 The Italian Cultural Institute of San Francisco is the venue for a 6:30 p.m. recital on May 13 for flautist Ginevra Petrucci and pianist Bruno Canino, from Paris and Milan, respectively. The Gallery, used for the concert, is currently exhibiting works by Giorgio Morandi. Admission is from $7 to $15.

The recital, titled "The Flute in Europe Between the XIX and XX Centuries," includes works by César Franck, Pierre Sancan, Alfredo Casella, and Mario Pilati.

ODC to Go on Asian Tour

San Francisco's ODC/Dance is one of three companies in the country selected for the inaugural season of DanceMotion USA, an international touring series created by the Brooklyn Academy of Music and the U.S. Department of State.

ODC will tour Thailand, Burma, and Indonesia between January and April, 2010. Urban Bush Women will perform in Africa, and Evidence Dance Company will tour South America.

A Miztake We Would Never Make

The San Francisco Chronicle, very much under siege and stress as it is fighting for its survival, appears to have gone overboard in reducing copy-editing and proof-reading. As a result, on page 44 of the Sunday Pink Section, there's a Marin Symphony listing, showing "Mozart's The Rite of Spring" on the program.

Impressed previously by Pocket Opera's 1974/2002 Alcina, even as the San Francisco Opera Euro-trashed it, I caught some of the 2009 revival on Sunday, and am happy to report it got even better. 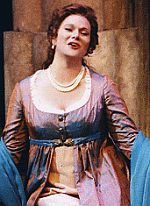 Donald Pippin and his reduced Pocket Philharmonic were outstanding, as Baroque as all get-out. How do you reduce an already miniscule orchestra? Very carefully, I suppose, and selecting well. So let's make history by listing the orchestra before even mentioning the (excellent) singers:

Lylia Guion and Pamela Carey, violins (and doing the heavy lifting all performance long); Farley Pearce, cello, providing some grand obbligati; Patrick Kroboth, viola, Janet Archibald and Jon Arneson, oboe and English horn; and Pippin on harpsichord (and narrating all the way through, making all that stuff between arias and duets disappear). C'est tout, c'est magnifique: a string quartet, two woodwinds, and the harpsichord.

The authenticity from the orchestra more than rubbed off on the cast: There was a magic flood of embellishment, ornamentation, terraced dynamics — the whole nine yards. Alcina veterans Karen Anderson (in the title role), Elspeth Franks (Ruggiero), Heidi Waterman (Bradamante), and Boyd Jarrell (Melisso) were joined by outstanding newcomers Brian Thorsett (Oronte) and Ayelet Cohen (Morgana).

Cohen, a recent graduate from the S.F. Conservatory, impressed with a big voice (almost too big for the small Florence Gould Theatre), exceptional technique, and a bit of rawness that time and maturity are sure to bring to a point of exact rightness. Waterman too was remarkable with a performance both fresh-voiced and Baroque-authentic.